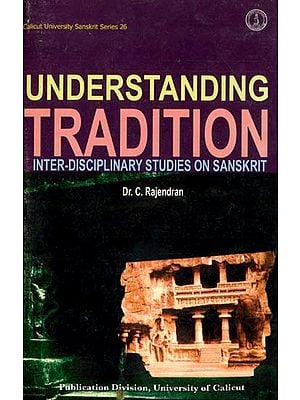 A concerned effort is made in this work to interpret ancient knowledge enshrined in Sanskrit using interdisciplinary tools so as to bridge the gap between tradition and the contemporary world. Professor Rajendran here explores several fascinating topics like the story of the migration of ancient Indian literature and culture to the outside world and the wide linguistic spectrum of ancient India through his well-documented studies which includes Indian Poetics Some Post-modem Musings, Traditional Poetics: An Encounter with Contemporary Literature, Development of Sanskrit Drama in Twentieth Century, Nationalism and Social change- The Role of Sanskrit, Caturanga Movements Describes in Rudrata's Kavyalankara, Sociolinguistic Problems in Natyasastra and Multilingual Experience- Linguistic Hierarchisation in Ancient India.

Dr. C Rajendran, currently working as Professor and Head of the Department of Sanskrit is a scholar of international repute. His main works include: The Traditional Sanskrit Theatre of Kerala, Vyaktiviveka- A critical study, Studies in Comparative Poetics and Living Traditions of Natyasastra (Ed). He is the recipient of the Ramakrishna Sanskrit Award for outstanding contributions to Sanskrit teaching and research, instituted by Canadian World Education Foundation. He has also received Kerala Sahitya Akademi Award, G.N. Pillai Endowment Award and Prof. M.S. Menon Endowment Award.

Most of the papers compiled here were originally presented at various National and International Seminars. Some of them, subsequently, were also published in Journals like the Adyar Library Bulletin, and Sandhan. As the title of the book suggests, the papers address various aspects of India's cultural tradition epitomized mainly in Sanskrit language and literature. I have also tried to sketch the fascinating story of the migration of India's creative output to far-off territories down the centuries and the changing patterns of the image of India in World literature. Some papers address problems related to the translation of Sanskrit classics to modern languages. Another area covered is comparative literary theory, wherein Sanskrit Poetics is approached from the point of view of contemporary developments in literary theory.

I shall consider myself to be amply rewarded, if this book is of some use to people who are genuinely interested in India's cultural legacy. 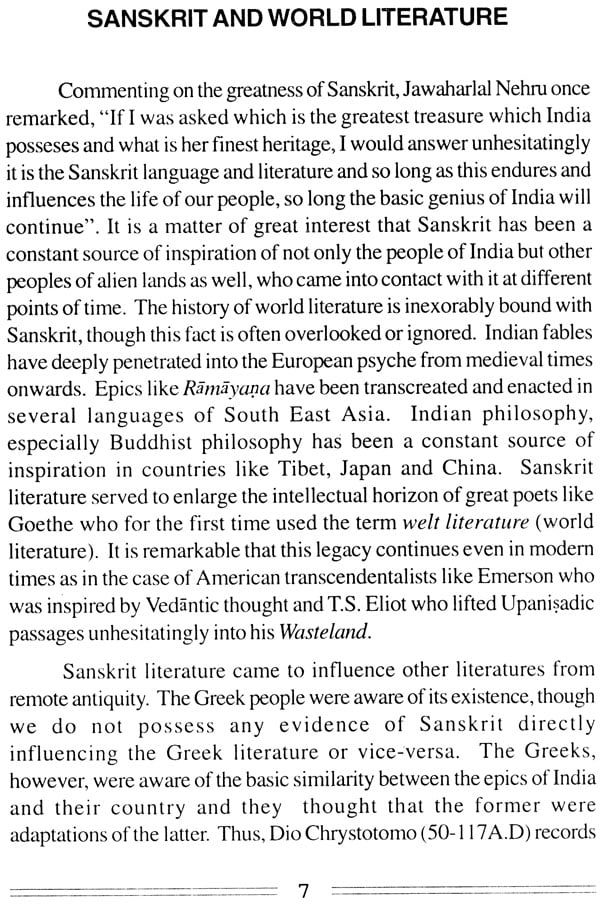 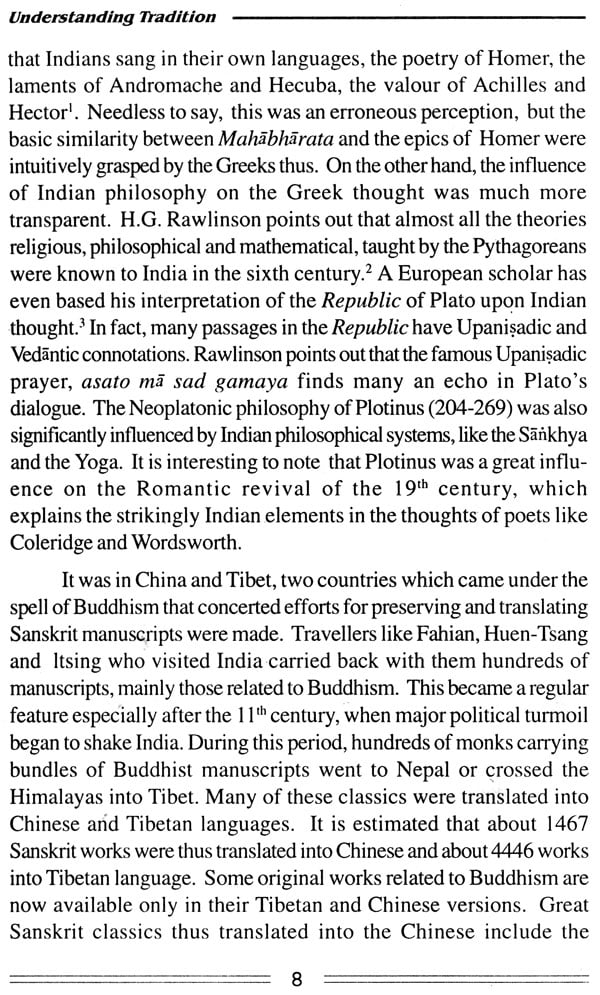 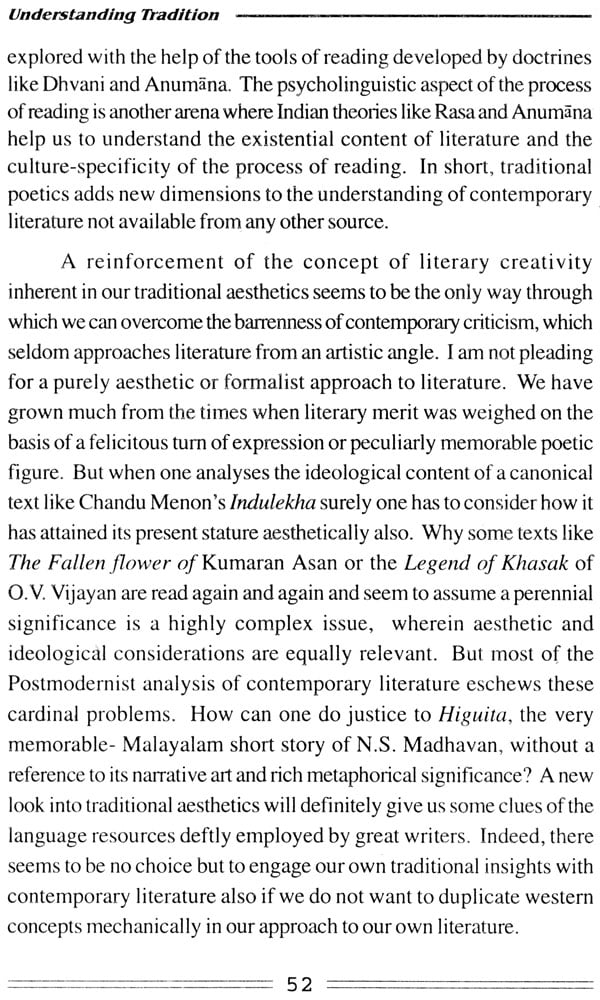 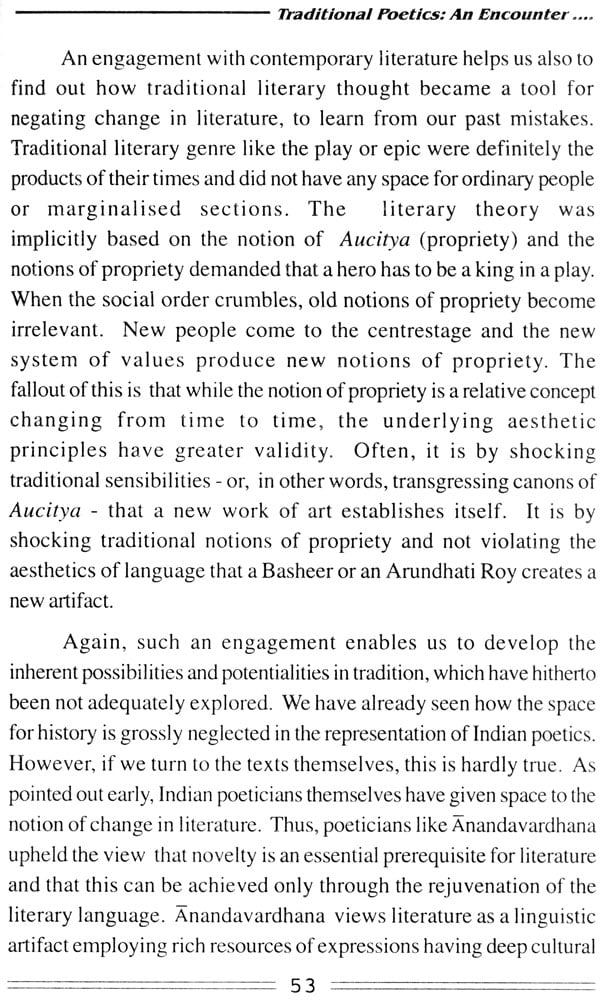 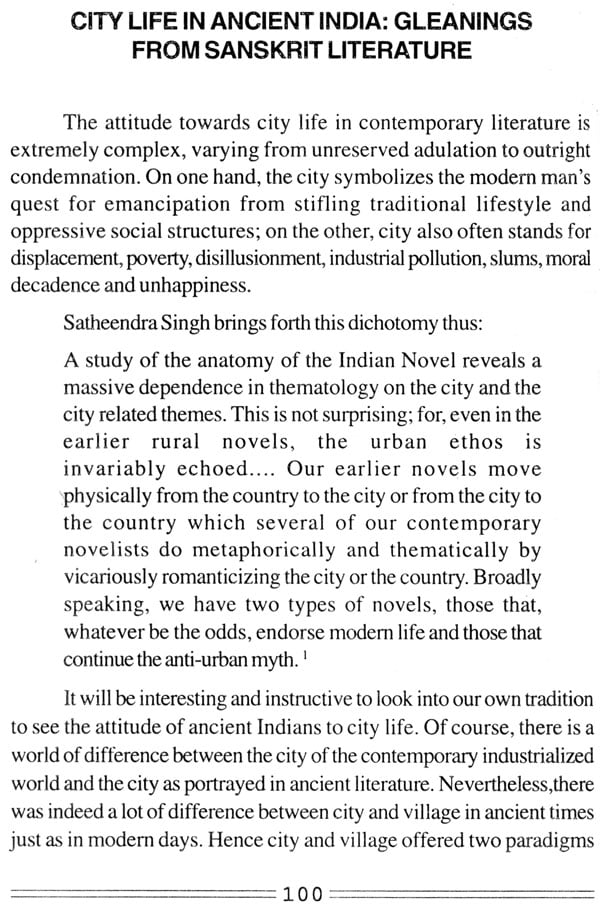 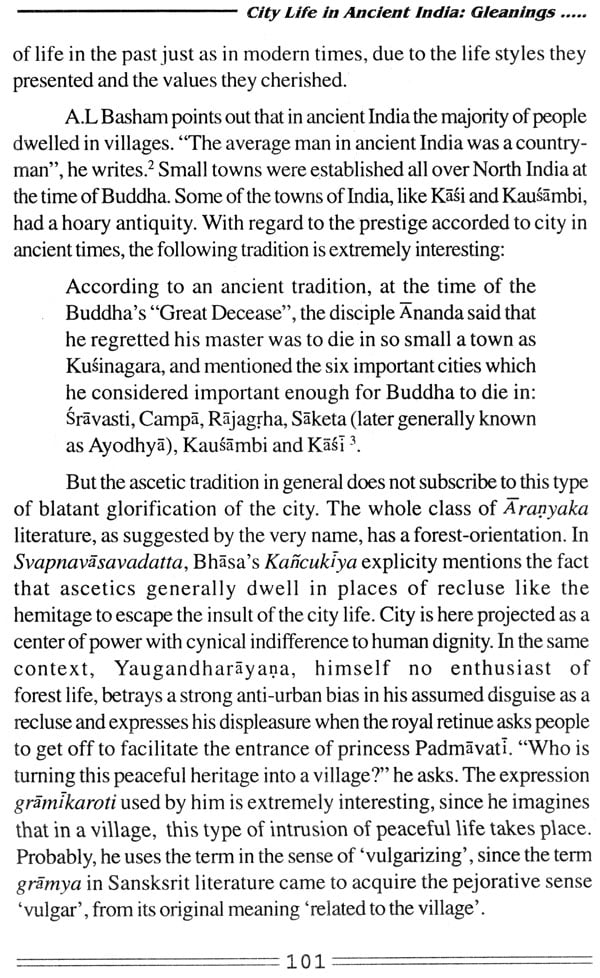 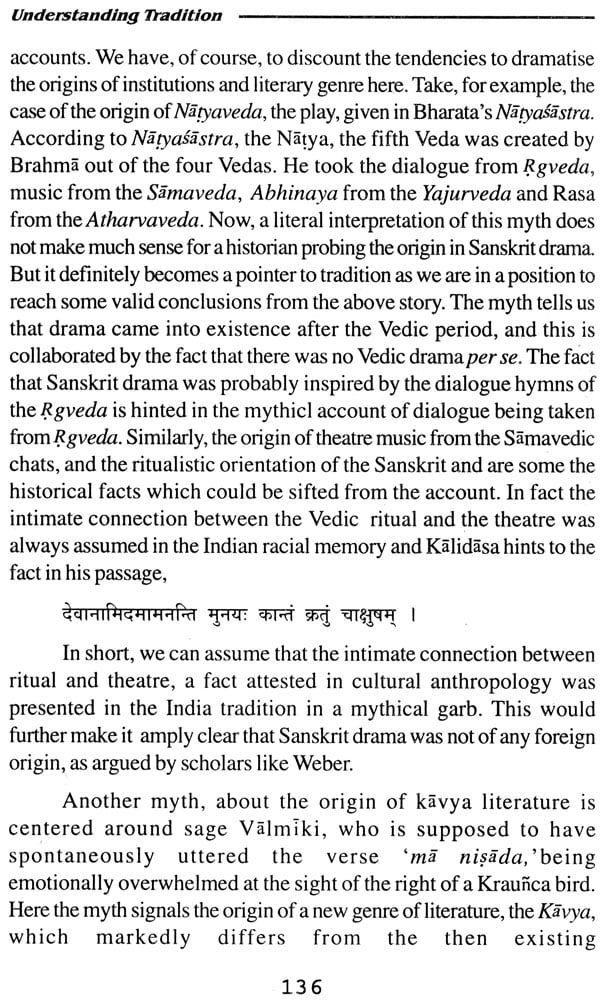 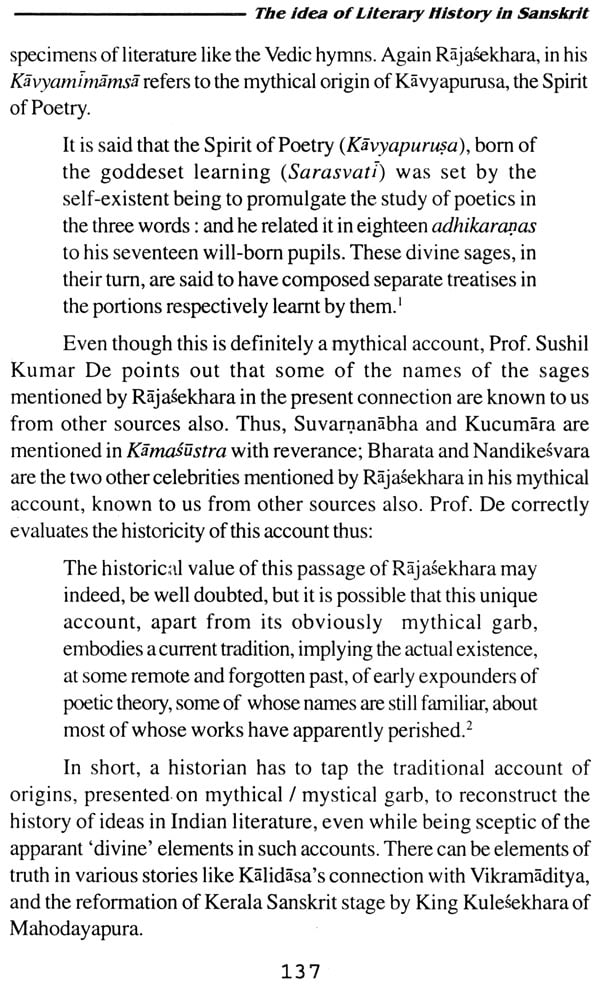 The Tested Easiest Method of Learning and Teaching Sanskrit (The Study of Sanskrit by the Ashtadhyayi System in Six Months Without Cramming)
By Shri Pt. Brahmadatta ji jijnasu
$34.00
FREE DeliveryBestseller 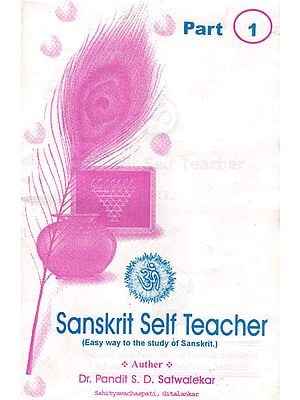 Sanskrit Self Teacher (Easy Way to the Study of Sanskrit) In Eighteen Booklets
By Dr. Pandit S.D. Satwalekar
$50.00
FREE DeliveryBestseller 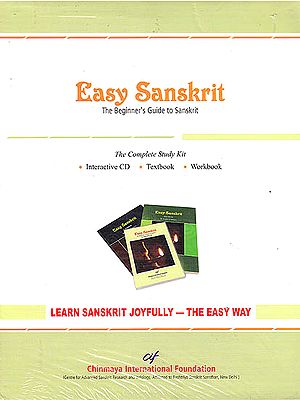 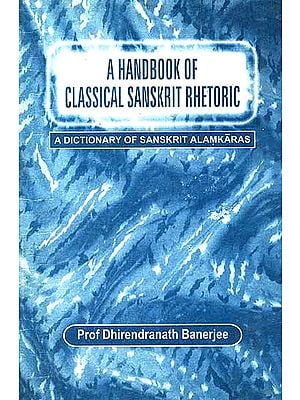 A Handbook of Classical Sanskrit Rhetoric: [A Critical Study of the Figures of Speech in Sanskrit Literature: 100-1800 AD]
By Prof Dhirendranath Banerjee
$29.00
FREE Delivery

Studies in Sanskrit Grammars: Proceedings of the Vyakarana Section of the 14th World Sanskrit Conference
By Various Author
$57.00
FREE Delivery 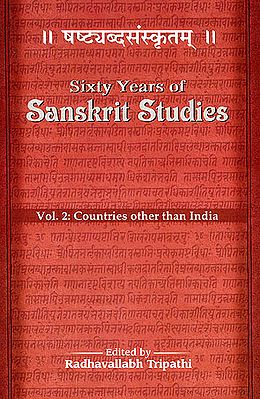 The Philosophy of Sanskrit Grammar (A Critical Study of Karaka)
By Dr. Apurba Chandra Barthakuria
$30.00
Out of Stock 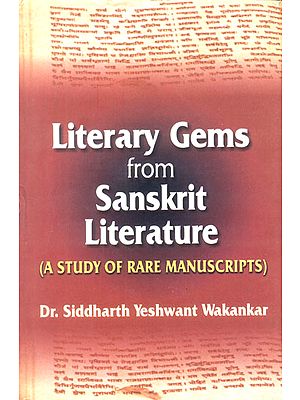