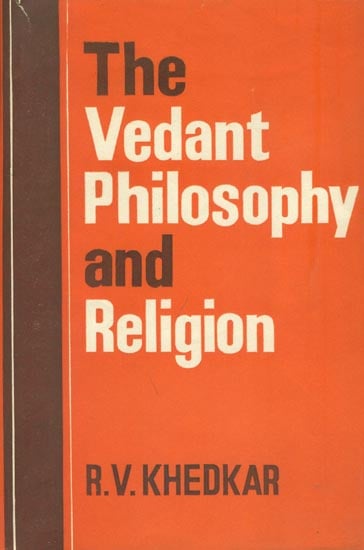 This book is divided into two Parts, the First Part treats of the meanings of the terms and the principles adopted in the Vedant; the second part consists of the practice of ethics of the Vedant. While dealing with these points the principles and practice, which are in vogue, of other Religions, are cursorily discussed and compared just to show that they are the outcome of and the intermediate step to return to the path prescribed by the Vedant.

The principles of the Vedant Philosophy and religion being of universal nature, impartial and definite, can be followed out in any religion. We hope that this little volume will prove of immense benefit and direction to several of the enthusiastic students of the Vedant.

Having observed during my travels in Europe that the number of ladies and gentlemen anxious to know the truths of the Vedant was fast increasing and that mosb of them have been seeking for a standard text-book on the Vedant philosophy; further, most of my friends in Europe who had the advantage of my lectures and teachings of the Vedant having frequently requested me to publish my study and experiences of the Vedant in the form of a book, I therefore venture to publish this manual which, I believe, will be of a great help and direction to earnest students of the Vedant. Moreover most of the Vedantic literature being in the Sanskrit language, and not translated into the modern Indian languages the true Indian Religion is hardly known even to the Natives of India, but thanks to the late Professor Max Muller, the original founder. of the Theosophical Society and Ham- krishna Mission considerable enquiry and interest has been aroused in the people of the East and the West through his lectures and books. But, at the present time the direction of the investigation in both Science and religion regarding ontology being deeper and deeper the elementary books are not satisfactory. Translations of the profound and exhaustive critics of Shri Shankara acharya a on All Vedantic works dressed in modern Scentific thought are badly needed. However, before under- taking that heavy task I think, just to satisfy the minds of the innumerable enquirers on the principles of the Vedant, I should just put forth a, compendium of the same. The principles of the Vedant philosophy and religion, being of universal nature, impartial and definite, can be followed out in any religion. It will surely unfold the mysterious problems and the secret motives of the practical portions of that religion. Thus, Vedant is not a dogma or creed of any particular religion or Society.

Its truth, knowledge and revelations are present in every individual Ego (Atman). It is only after a determined attempt to unfold them, through Jnana Yoga i. e. renunciation of attachment to objects and cultivation of self-knowledge, that a person can realize them.

This book is divided in to two parti, the first part treats of the meanings of the terms and the Principles adopted in the Vedant; .The second part consists of the practice of ethics of the Vedant. While dealing with these points the principles and practice, which are in vogue, of other religions are cursorily discussed and compared just to show that they are the outcome of and the intermediate step to return to the path prescribed by the Vedant. We, the natives of India, owe a great deal to the Western people for . their material researches, social progress and administrative capacity.

In return for the kindnesses shown to us in several ways on my own part I do this humble service to them by presenting the pure principles as known and understood by the ancient people with illustrations from the modern science, without any attempt on my part of introducing new theories.

If a person were to carefully study the history of the religious and the various faiths which appeared on the field of the world in the whole of the last Manvantara ( the cycle of time) which could be traced and the ultimate success of the Vedant, he would be convinced that several theories had appeared and disappeared and intellectual people in the long run had to acknowledge the superiority of the Vedant.

Also, looking to the fixed principles of all the religions and to their having no attempt to embrace new theories it will be observed that ancient people had enough of theories and were quite sick of them. The habit of new theorisation is indeed dangerous as it upsets the mental peace and moral stability of several persons who had absolute faith in the former theories. When it is the experience of the ancient people that no new theories can possibly reveal the Truth which can only be done by the Vedant it is, indeed, a waste of time and energy to attempt to revolve in the old whirlpool of disappointment.

Unfortunately a very wrong impression is abroad that the Vedanta is a . dry philosophy and not a religion so most people have hitherto ignored it. We are ready to admit that it is their fault; but, the social, moral and political changes which have occurred in I India during the last few centuries; the selfishness of some of the Mathas, religious societies and Vaidic Brahmins, and the heavy fetters of caste principles, have greatly to account for this misappreoiation of the value of the Vedant. However, looking to the Natural Law that every change has its mission to be proved to be good in the long run so in the twentieth century people of various faiths and societies have begun to realize the truths of the Vedanta by comparison; and are sure that if its principles be introduced among and followed by them, they will raise the value of their own faiths. Now, this is indeed a happy turn. The philosophy and the religion of the Vedant are of a universal nature and most attractive if they are carefully studied: The oriental books have a peculiar method of exposition of the principles of' the Vedant by the frequent illustrations of Ghata, Pata, and Rajju Sarpa which, though very useful in their own way, have been found to be irksome. So, if the Vedanta is to be made popular it should now be taught with the help of Western Science.

I offer my sincere and respectful thanks to Shri Shankaracharya of Kolhapur for all the encouragement given to me in the compilation of this book. Regarding the printed matter of the several authors whose help I have frequently taken, I cannot express in sufficient words my gratitude to them here. 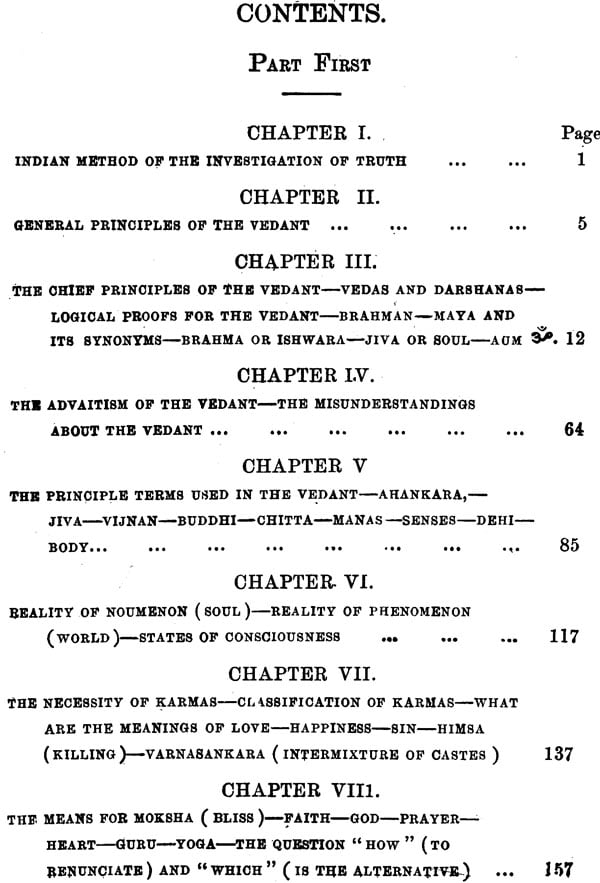 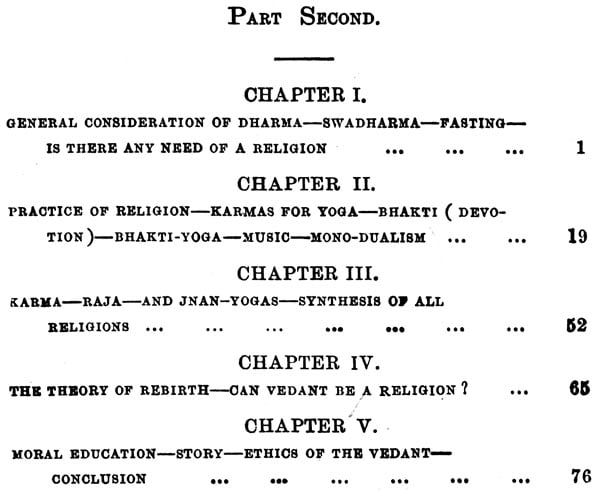 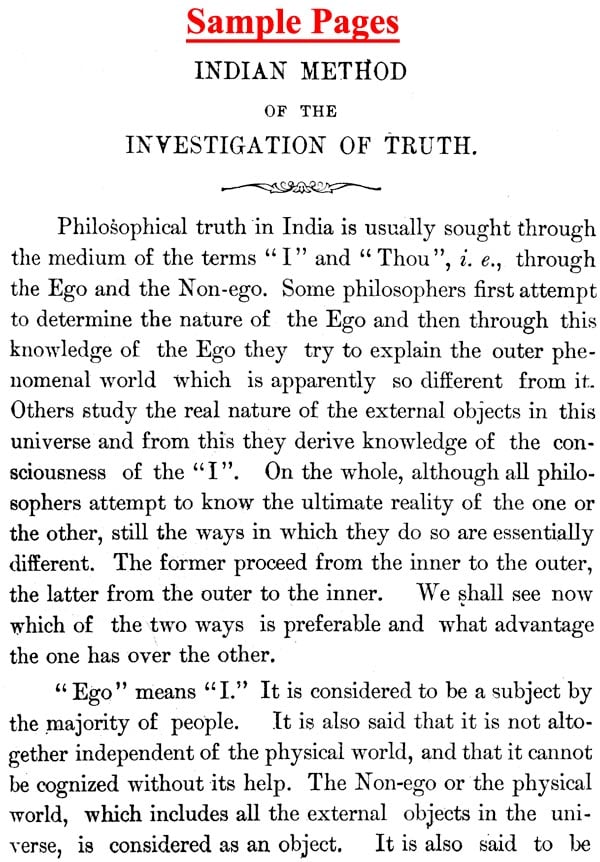 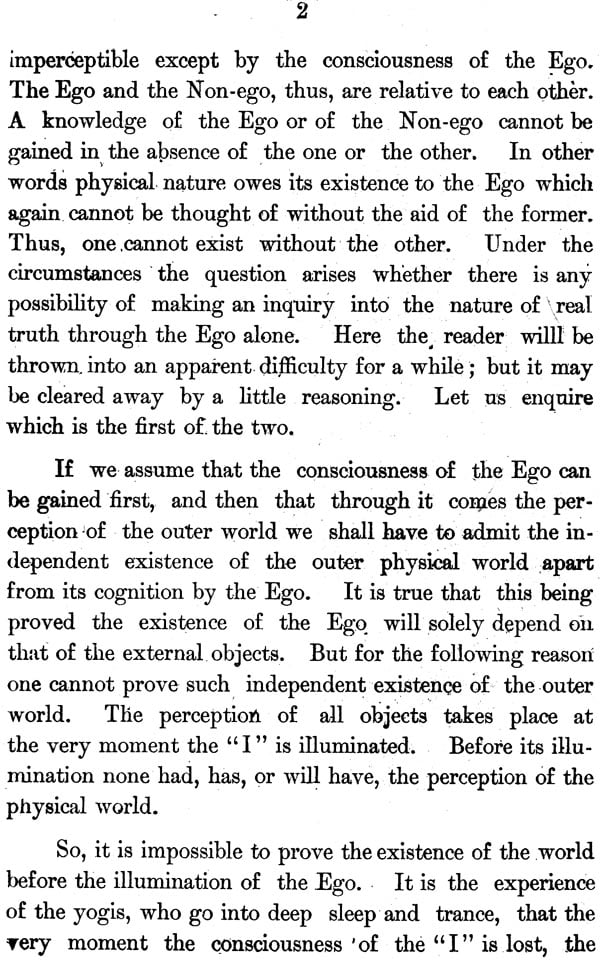 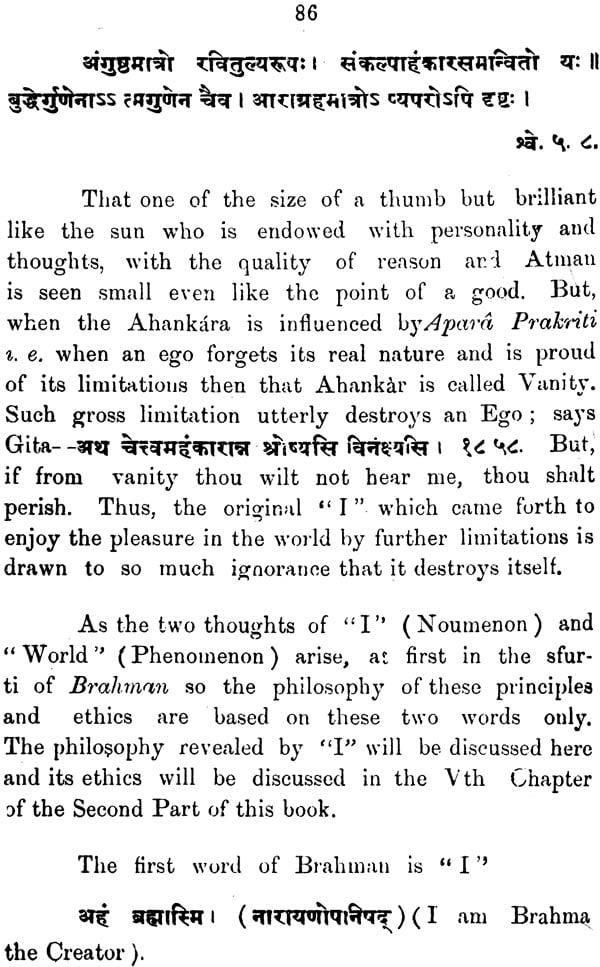 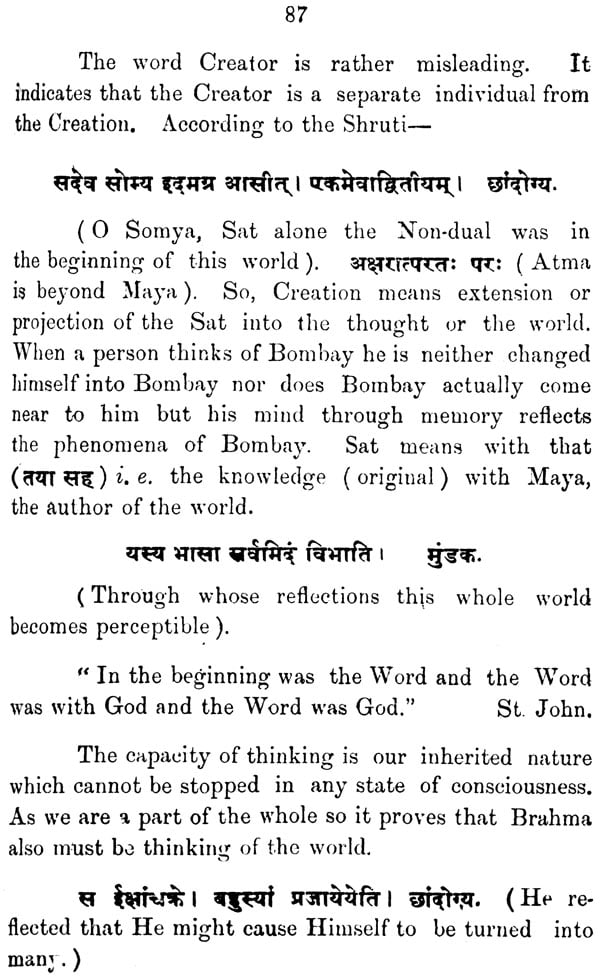 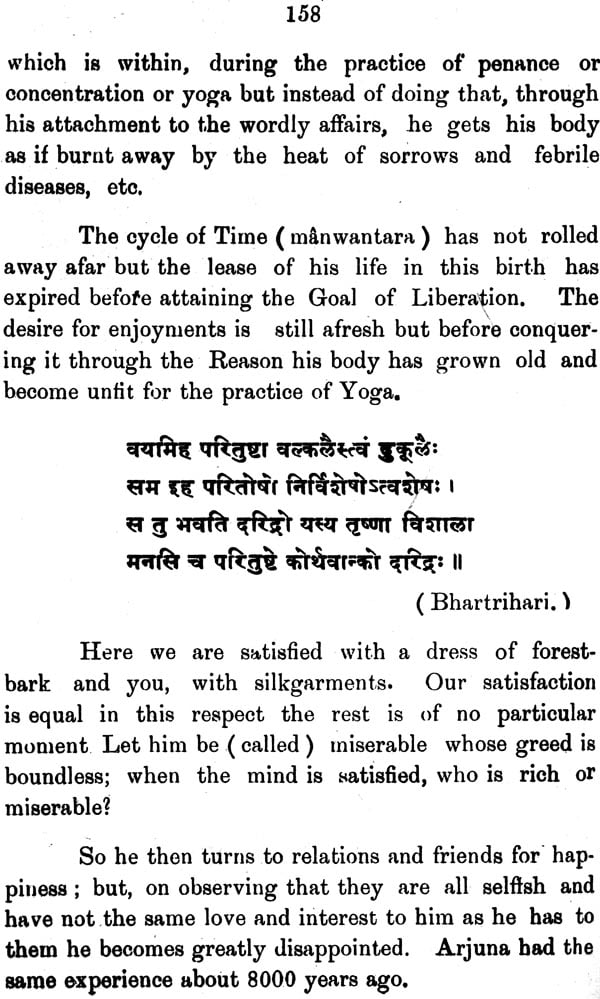 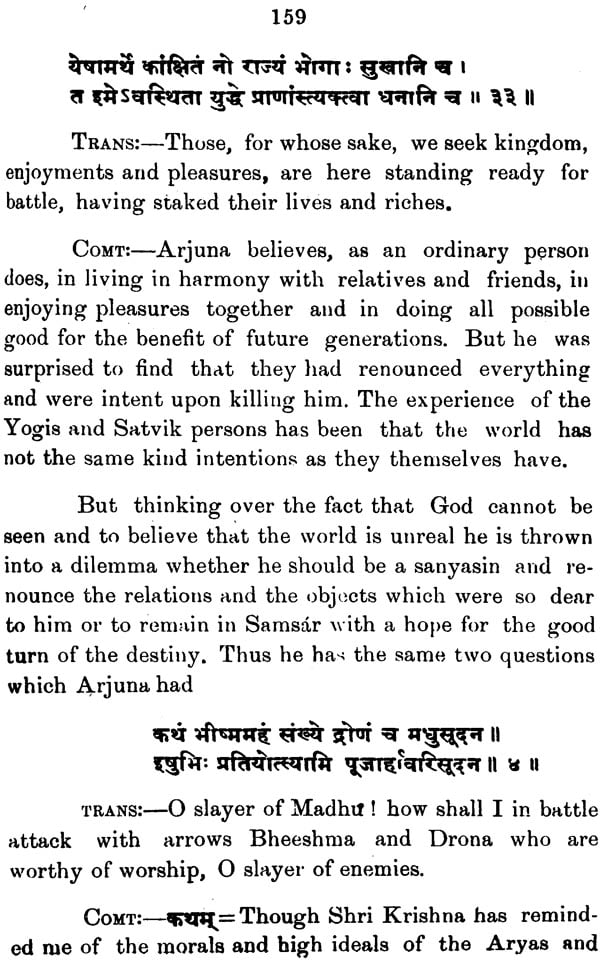 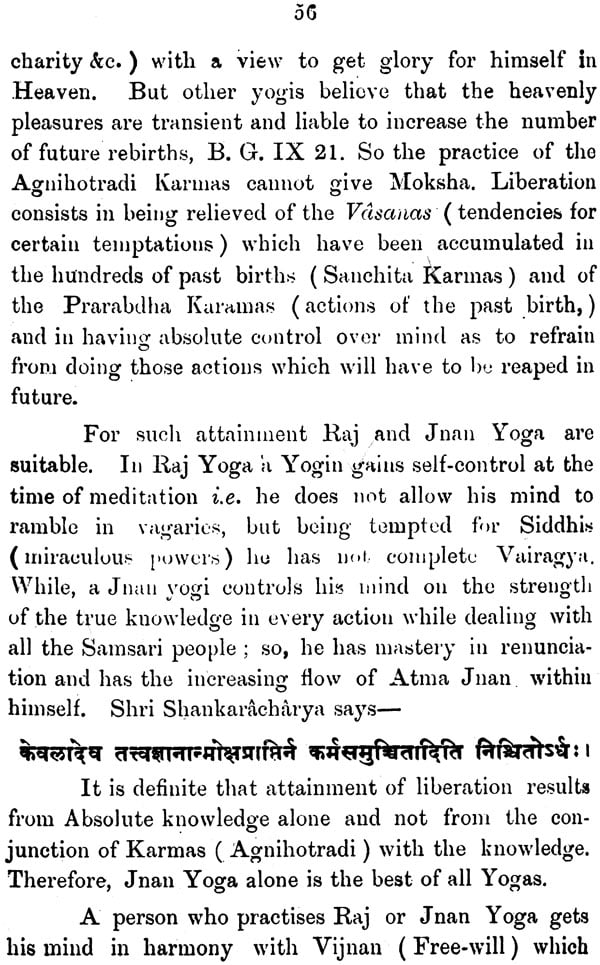 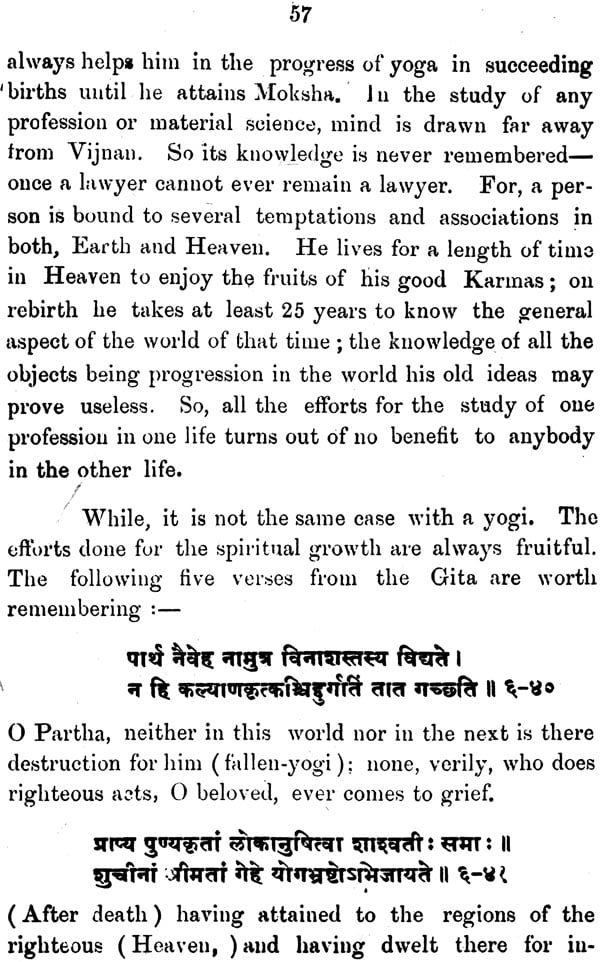 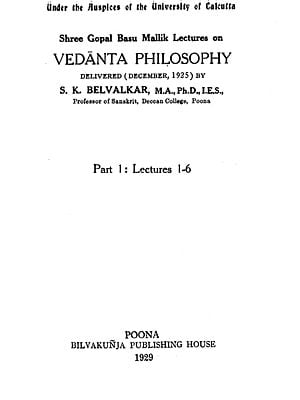 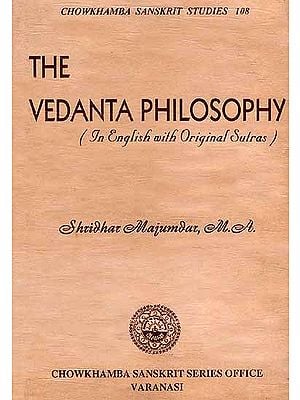 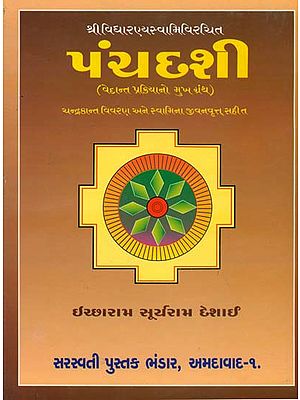 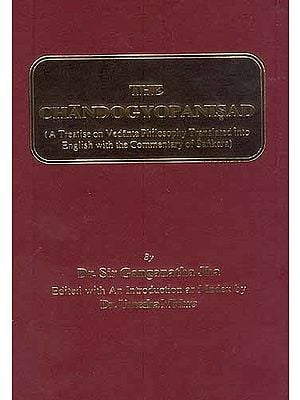 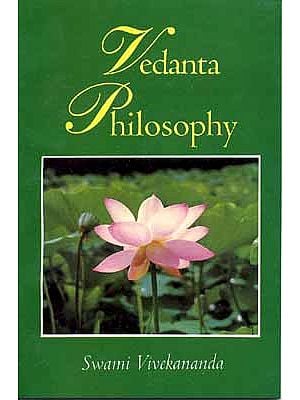 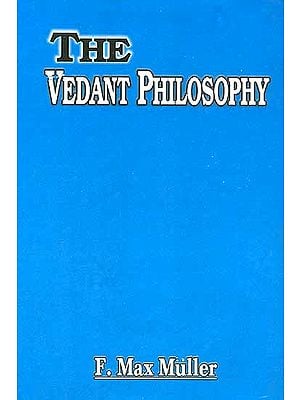 The Philosophy of the Vedanta Sutra (Brahmasutra): A Study based on the Evaluation of the Commentaries of Samkara, Ramanuja and Madhva
By S.M. Srinivasa Chari
$33
FREE Delivery
Best Seller

Wittgensteinian Philosophy and Advaita Vedanta (A Survey of the Parallels)
By Ravindra K. S. Choudhary
$40
FREE Delivery
Book FAQs
Add a review
Have A Question