Who Am I (Scientific Spiritual Search)

When you ask him why he calls himself Yogi Protoplasm, he shows you cells under a microscope. And all cells are made up of protoplasm. All plants, animals, human beings, insects and bacteria are also made up of protoplasm. Protoplasm is one but has taken the shape of many forms. Its description is similar to that of Brahman. Through the discovery of protoplasm, scientists are corroborating the Vedantic principle that there is one soul in all whether you are rich or poor, black or white, male or female.

There is unique unity behind the baffling diversity.

Lesson - Love everyone as your own self.

Yogiji's scientific approach is also a secular approach and has the potential to expose the Unique Unity behind the baffling Diversity of world religions. Everyone has the same skeleton, circulatory system etc. Then why quarrel over religion for there are infinite ways to the infinite. Yogi ji is a tapasvi mahatma and has been living only on milk from the last 36 years. He conducts intensive meditation retreats inspiring seekers to attain self-realization mostly in his ashram in Nellore and SVYASA.SVYASA (Swami Vivekananda Yoga University) Bengaluru honored Yogiji by making him the head of their Ramana Maharishi Meditation chair in 2010.

When Yogi Protoplasm was a science student of Andhra University he read Paul Brunton's book, "Search in Secret India" which inspired him to visit Ramana Maharsi at his ashrama three days before Maharishi took Maha Samadhi. From then he was highly motivated into spirituality. It was a turning point in his life.

Yogi Protoplasm is a tapasvi mahatma and has been living on a diet of only milk for the past 35 years. Yogiji came in close contact with the self realised saint Yogi Rama and served him for ten years from 1952 to 1962 .When Yogi Rama appeared to be ill, Yogi Protoplasm and others took him to a doctor who was a great devotee of Ramana Maharishi in Chennai. Thinking that Yogi Rama was in a semi-conscious state, the doctor asked him- Do you know where you are ? Yogi Rama who had not been speaking from three days answered - I am Everywhere. These were the last words of this great yogi.

Paramahamsa Yogananda, the author of 'Autobiography of a Yogi' met Yogi Rama at Ramana Ashram when he visited India in 1935. Later he told his American disciples that if he had stayed with Yogi Rama for another half hour he might have given up the idea of going back to America.

In 1992, Yogi Protoplasm was living in a cave in Uttarkashi where he got inspired to design Atma Parisodhana Yoga Sadhana Camps in which there is a preliminary introductory course and then advance courses. In the introductory 7 day camp seekers have to sit in three sessions of meditation of three hours each and have to listen to lectures on science and Vedanta for 2 hours everyday. They are given a sattwic diet of milk and fruits only. Camps are held regularly at Yogi Rama Thapovanam Ashram in Nellore and at the campus of SVYASA Yoga University, Bengaluru, inspiring seekers to do serious sadhana to attain self realization.

As the editor herself says about her noble objective of bringing out this book, "I was going through trauma and was literally in pieces. A mind which had been in pieces became so peaceful and equipoised. I felt totally healed and transformed, I thanked yogi ji for giving me a new lease of life. Yogiji's teachings on Vedanta and Science are the critical need of the hour and need to be urgently spread globally so that it leads to mass awakening. A scientific approach is also a truly secular approach and has the potential to expose the Unity behind the Diversity of World Religions. This book is a humble attempt to record yogiji's priceless teachings for all earnest seekers,"

Yogi Protoplasm wonders and also answers, "why quarrel over religion? There are infinite ways to the Infinite?"

He says, "when a magnet is rubbed against a piece of non-magnetic iron or steel, the later also becomes magnetized. Human beings can also get magnetized through close contacts with magnetic personalities for whom they feel great reverence"

This book covers in a lucid manner, many aspects including Atma Parisodhana Yoga, Brainwave Activity During Meditation, Techniques of Meditation, the value and impact of Pranava Mantra OM, the effect on the PanchaKoshas, unique unity behind the Baffling Diversity, Brahma Bhavana and law karma.

I commend Satchidananda Vandana Khaitan for bringing out this beautifully produced valuable book on her Guru for the benefit of humanity. 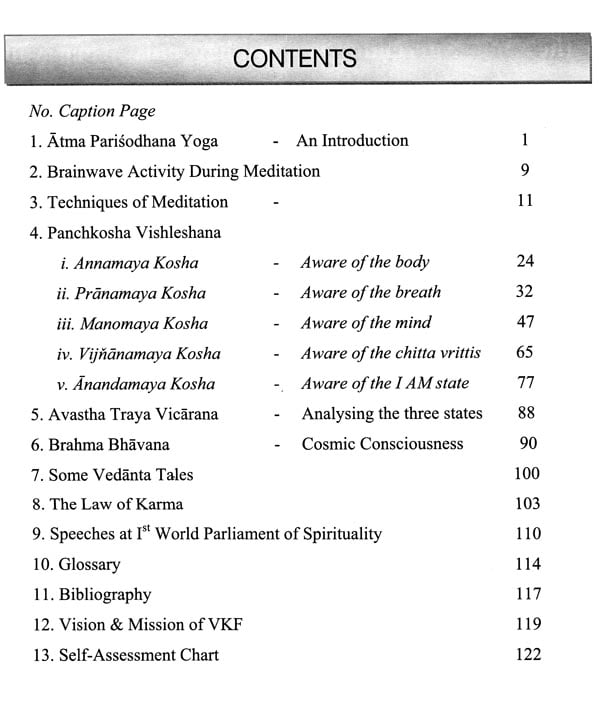 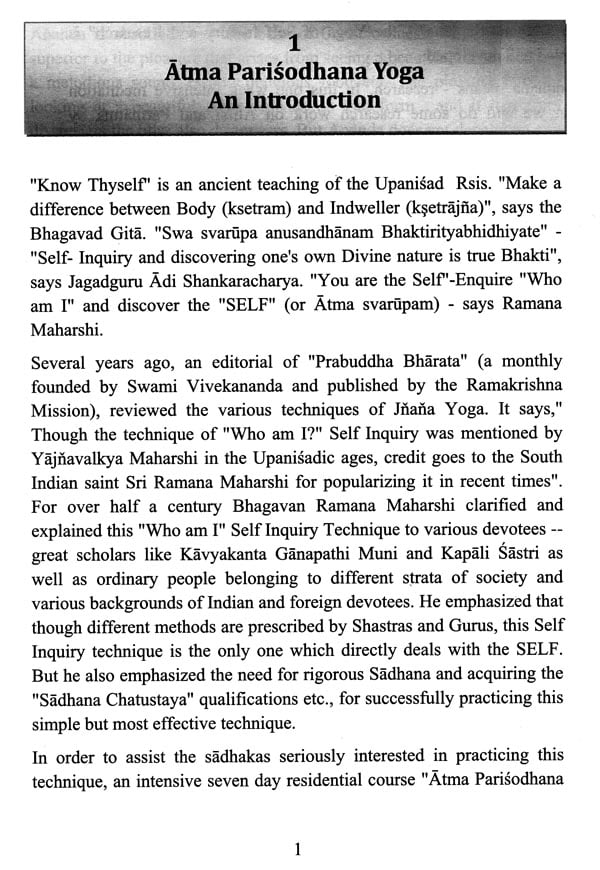 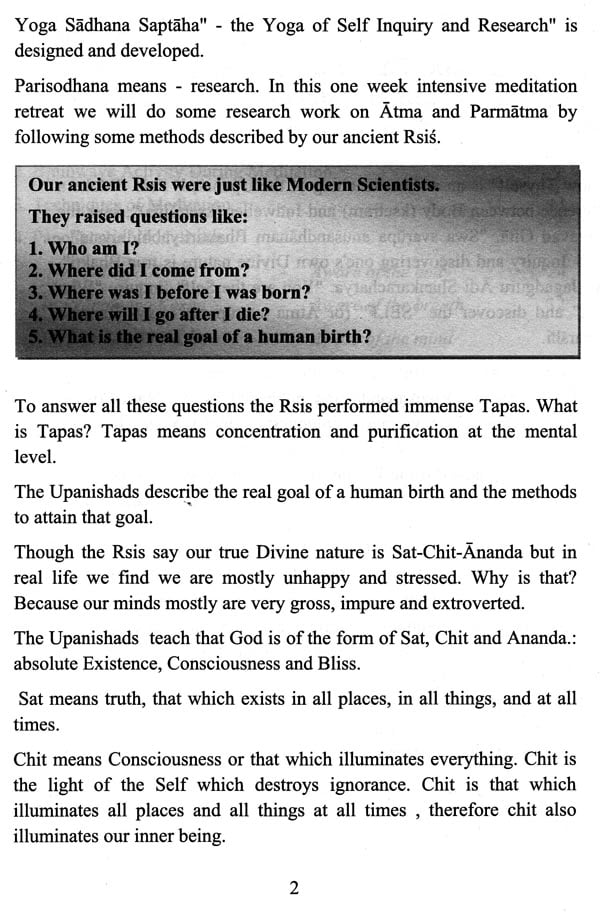 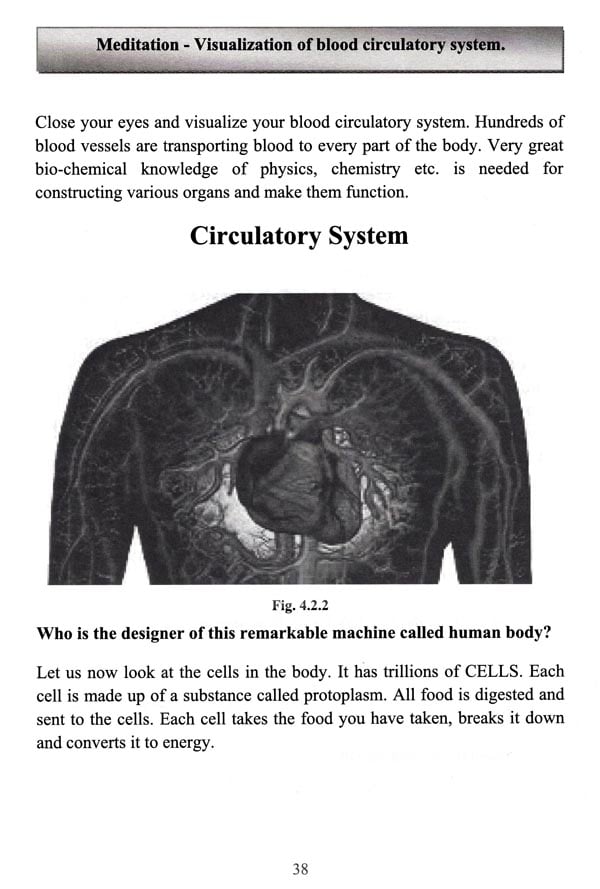 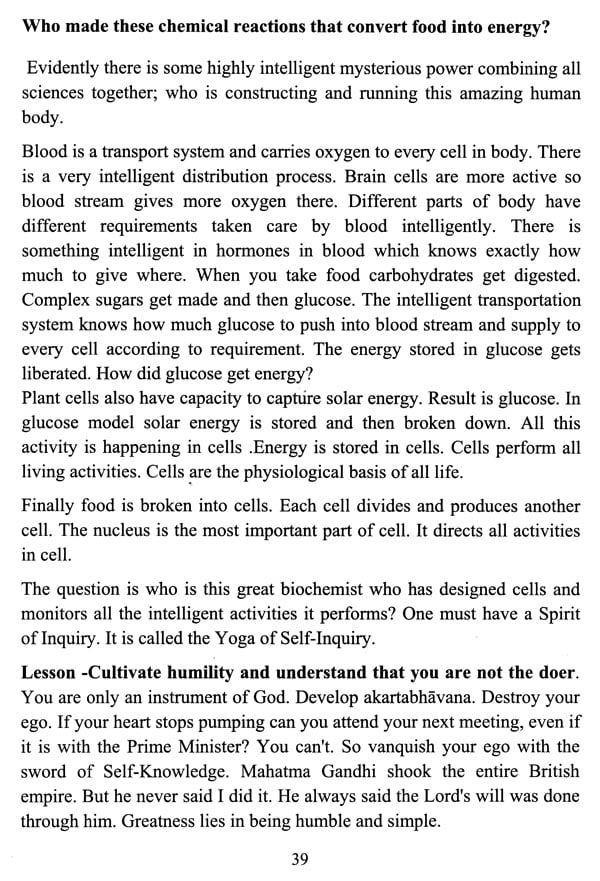 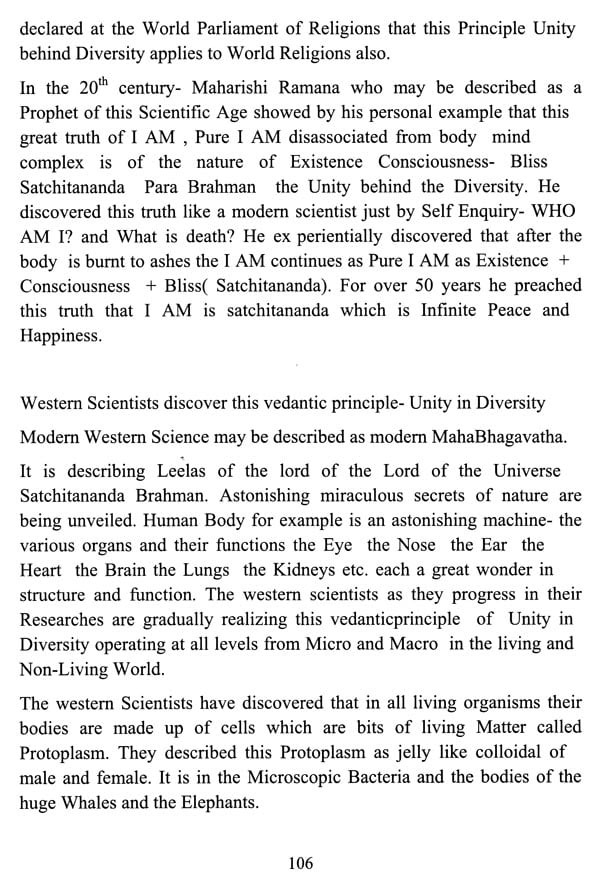 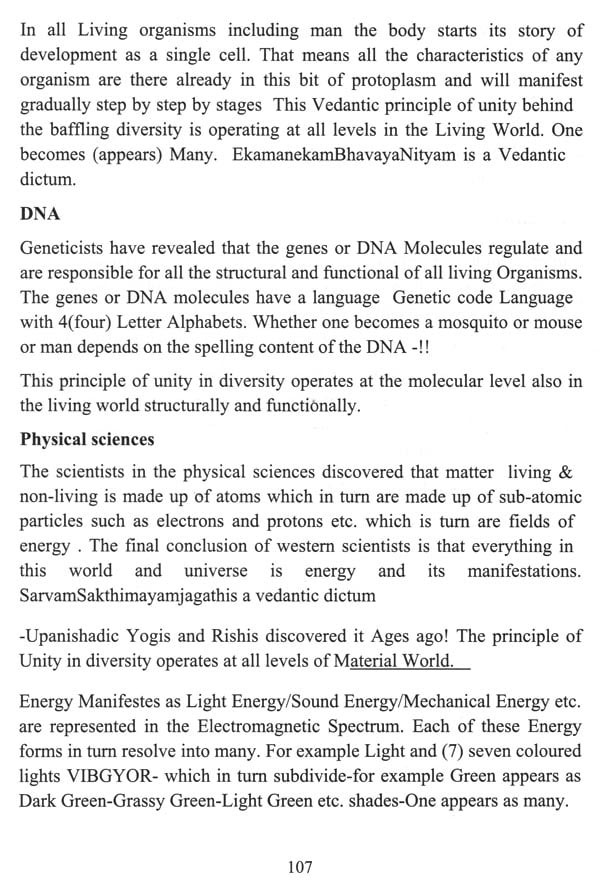 Spirituality Today: An Overview of Contemporary Trends in Spiritual Living and Essentials of Spirituality
By Swami Atmashraddhananda
$24
FREE Delivery The Scientific Approach of Shankara Vedanta
By D.B. Gangolli
$16 The Scientific Foundations of Jainism
By K.V. Mardia
$21
FREE Delivery