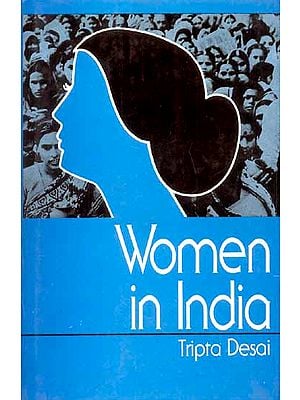 $23.50
Notify me when this item is available
Save to Wishlist Send as E-card Share by Email
About the Book:

Women in India gives the reader an overview of the Indian women from ancient times to the present day. The first part deals with the historical status of the women to the middle of the nineteenth century when India became a colony of the British crown. The second part deals with the native Indian organizations which emerged in the first half of the nineteenth century to meet the challenge of the British missionaries. Then the focus is shifted to the Five-Year Plans in the post-Independence period with special reference to programs for women. The third part of the book deals with a history of women organizations in India from the early nineteenth century to the present day with a special coverage of the All India Women Conference or AIWC. The conclusions reveal the personal observations of the author who was raised in India and migrated to the U.S.A. in 1960 at the age of twenty-one. He cross-cultural background has enabled her to provide a unique perspective about the present position of the Indian Women.

Dr. Tripta Desai is a Professor of History at Northern Kentucky University, U.S.A. She has Served the University since 1968. Besides the present book, she authored two other books, Indo-American Diplomatic Relations, 1940-1974 and The East India Company, 1599 to 1857. She attended Washington State University, U.S.A. from 1960 to 1965 as a graduate student.

Status of Women in the Family to Around AD 1800

Socio-Economic Projects in the 1950s

Socio-Economic Projects in the 1960s