Women in Sanskrit Dramas (An Old and Rare Book)

I have read with pleasure and much absorbing interest Dr. Mrs. Ratnamayidevi Dikshit's thesis on Women in Sanskrit Dramas. It has impressed me as a scholarly work dealing with women characters of Sanskrit plays. This work does credit to her not only as a diligent and pains-taking researcher in the field but also as a competent writer. Drama forms an important section of Sanskrit literature and characterisation in the same is the fundamental and lasting element. The interests which keep drama alive are characters, male and female. Dr. Dikshit has chosen women characters of Sanskrit dramas for her study. In the course of her study, she has examined the conception of women in their various spheres as daughters, sisters, wives and mothers. She has shown at length how the divinity of the Indian woman travelled to a low ebb and its subsequent revival. Besides, in a short chapter Dr. Dikshit has given a critical appreciation of the origin and development of Sanskrit Dramas and also in the course of the whole thesis a vivid and lucid account of their growth, decay and revival.

The book is a very useful and a welcome addition to our knowledge of Indian Women through the ages in general and women characters of Sanskrit plays in particular. We also get glimpses into the cultural and social life of ancient, medieval and modern times in India. I am confident Dr. Dikshit's work will be welcomed by all scholars and lovers of Sanskrit studies. I heartily congratulate the author.

The quintessence of literature is to represent life in a realistic perspective. And life, as a social concept, is much influenced by woman. This abstraction is deliberately used: for women indeed are the organizing and moderating nucleus, around which society in its human aspect revolves.

This thesis, as the title shows, does not only consist of an historical and literary study, but has a certain social pertinence too. It aims a, an evaluation of the position of women based on their portrayal in the various Sanskrit play,

This is an attempt at description, analysis and evaluation of women's character and their position in Indian society from the day s of old to the present. This is not a mere study of literature from the aesthetic or literary point of view, but an effort to reach life, the society-woman in society-through literature. In other words, this is a voyage of discovery to understand and realize the Indian womanhood in its representative character as depicted in the Sanskrit dramas. For this purpose, as many. Sanskrit dramas were studied as could be laid hands on in the book-shops as well as many an important library of Sanskrit manuscripts. To supplement the study by comparison and contrast, numerous plays in the modern Indian languages, e. g., Hindi, Bengali, Marathi, Gujarati and Malayalam were gone through. Books on dramaturgy and literary criticism in some of these languages and in English could not but be consulted or studied extensively. Sanskrit books of-course invariably served as the bed-rack.

The first chapter deals with the origin of Sanskrit drama, its course of development and the relative theories found in the Sanskrit dramaturgy. After setting forth the background in preamble, it is sought to embark upon the study of the subject proper, dealing with the women characters in general. Incidentally, the question as to who played these feminine roles and what was the significance and effect of the related directives and regulations are also discussed. An examination of the corroboration of the above-mentioned analysis in the plays available is followed up. For this purpose. the available Sanskrit plays are divided into six groups on the basis of the discussion that precedes. The division is as follows-

The cumulative analysis and evaluation of the women characters begin with the second chapter. One chapter is devoted to each group. Then follows a chapter in which the archaeological and iconographical evidencss have been examined. One chapter is devoted to estimating the trend of the plays written in the modern Indian languages in general and to getting a bird's eye-view of the influence of the Sanskrit plays over the women characters depicted in taem by writers closer to our times or still living and contributing their mite to the multifloral literary wealth of the country as a whole.

As pointed out in the beginning, the main aim of this study is to assess the position of women as depicted in the Sanskrit dramas. The evaluative opinion arrived at, is characterized by contrast more than by comparison, by analysis more than by assertion. Thus one re-discovers truism that women enjoyed a much more potential and influential position in the classical period than in the later days.

There is a sceptic jeer that drama is legendary and legends are no evidence. But even a legend has a social content, the proverbial grain of truth, which can hardly be denied. Hence the conclusion arrived at cannot be dismissed as baseless. Being primarily a literary project, this treatise admits of no pretensions on the part of the author of having made a comparative sociological study of the position of women in ancient India Yet, literature, being ifs sublimated to language, has its relations to the social realities. So the opinions expressed need no apology apart from the explanations and justifications proffered in the discussions of various points.

While the depiction of contemporary woman in Sanskrit drama by the play-wrights of what may be called the mediaeval period cause negative feelings, if not casts a gloom over the mind, it is impossible not to acknowledge the gallant efforts made by the play-wrights of the 19feb and 20th centuries at bringing the concept of Aryan womanhood to the fore-front on. more. The depiction by the modern writers of heroines like Draupadi, Savitri and Damayanti in their true spirit, and the choice of historical figures for their themes, give evidence enough of their aims and intentions. The resurgent influence of this trend is recognized. 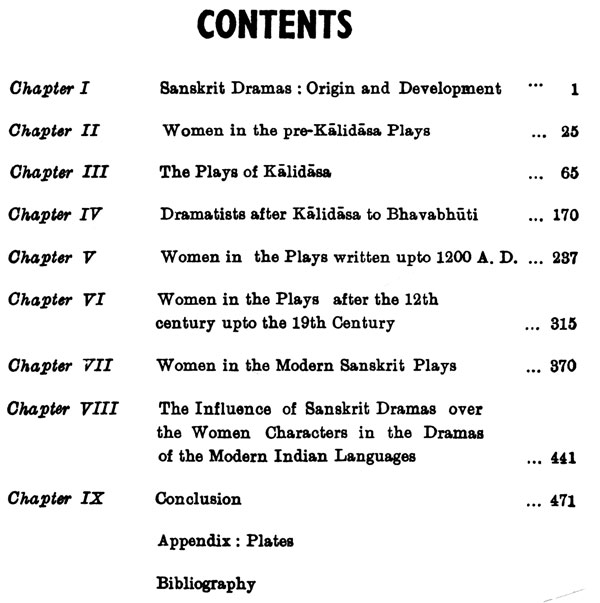 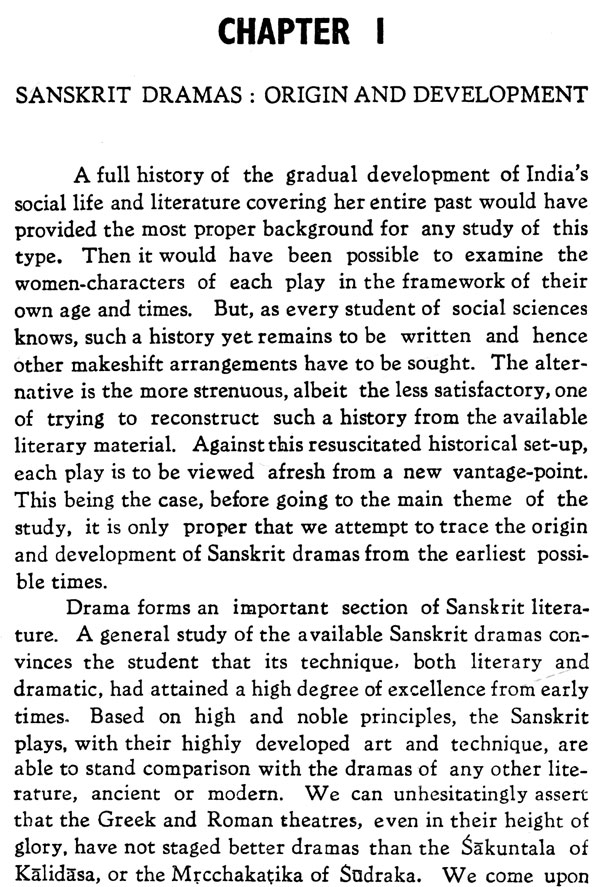 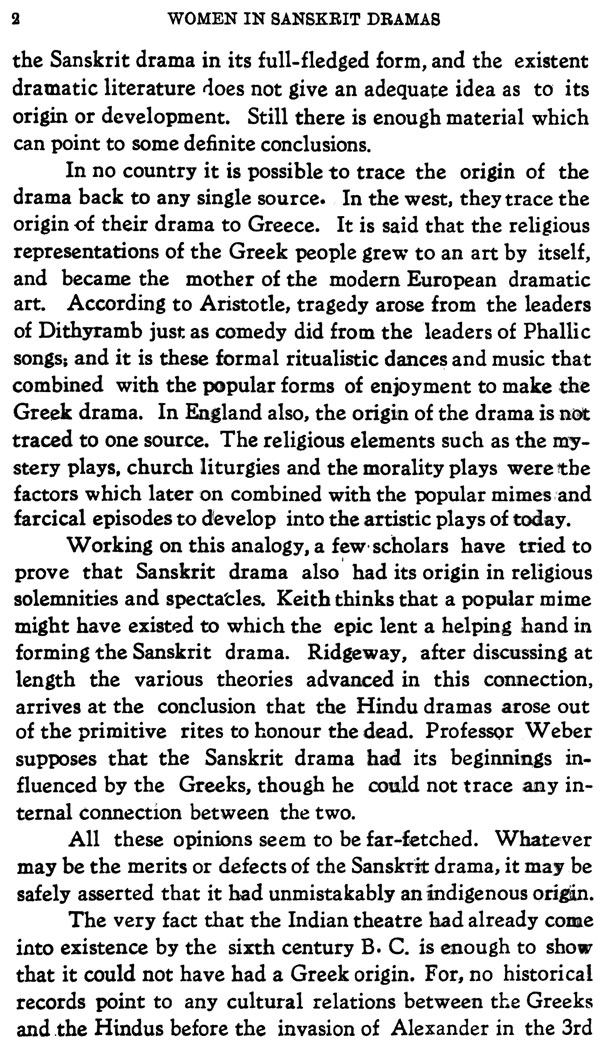 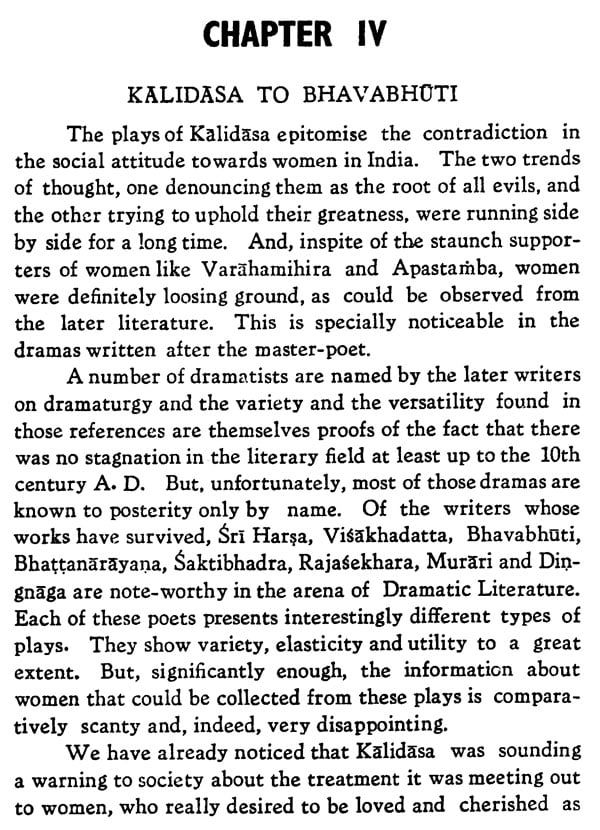 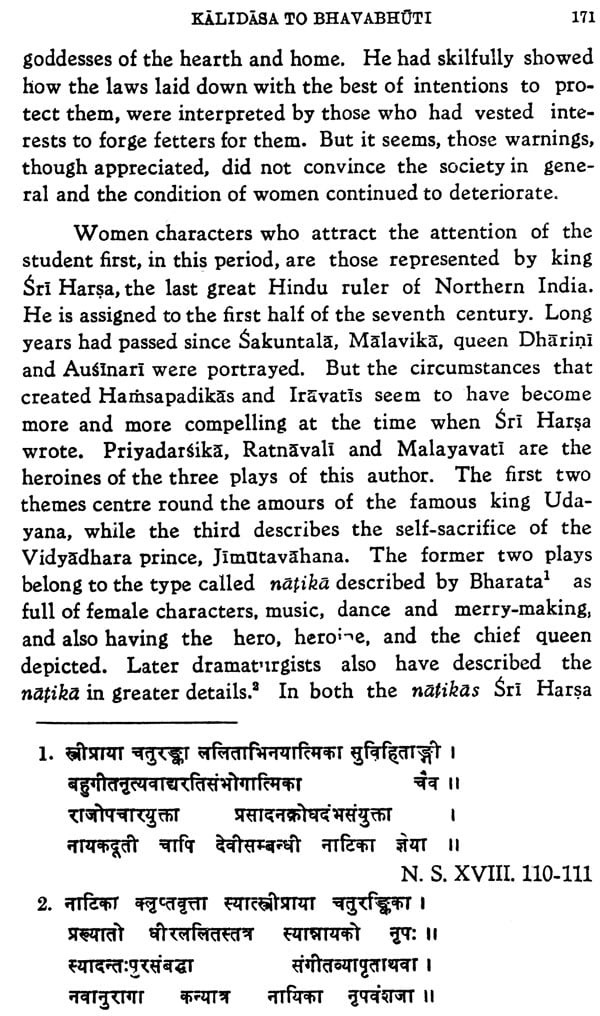 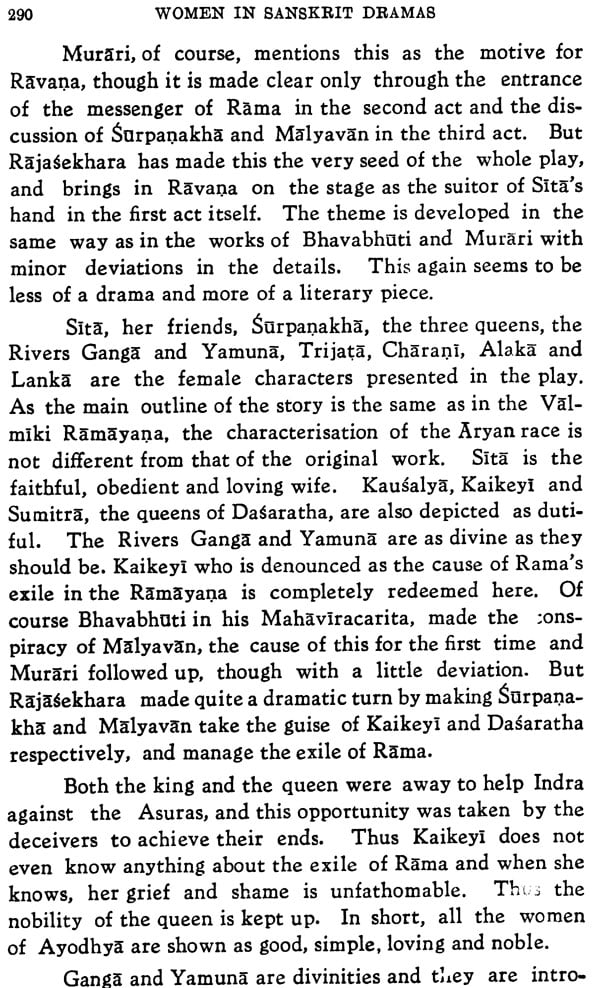 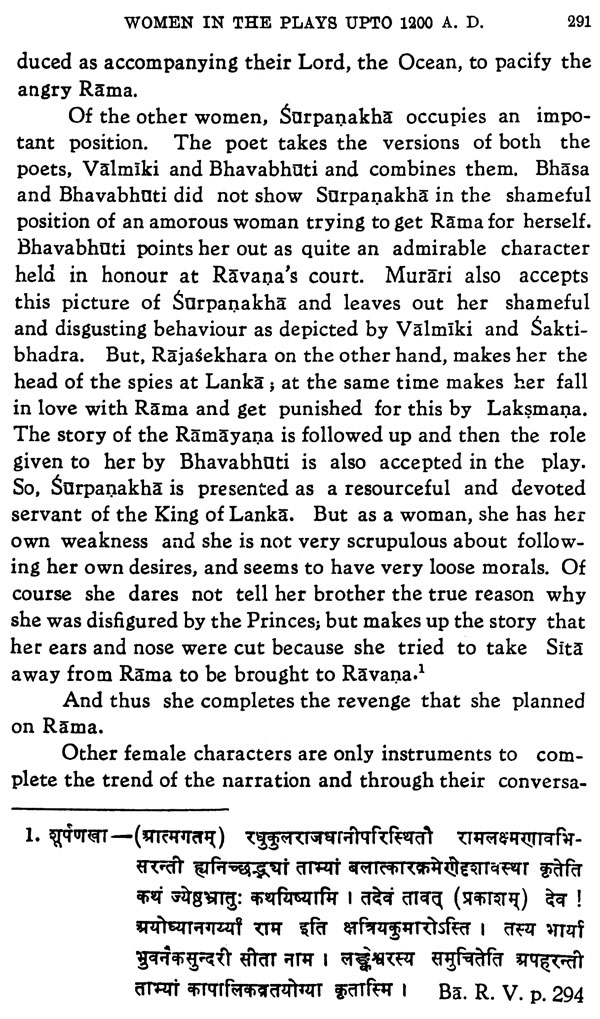 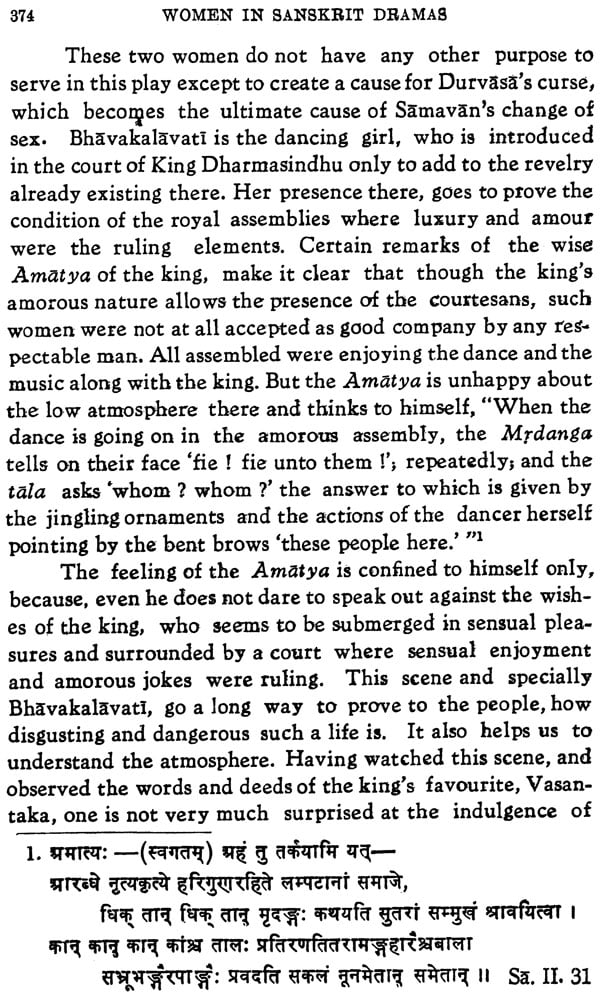 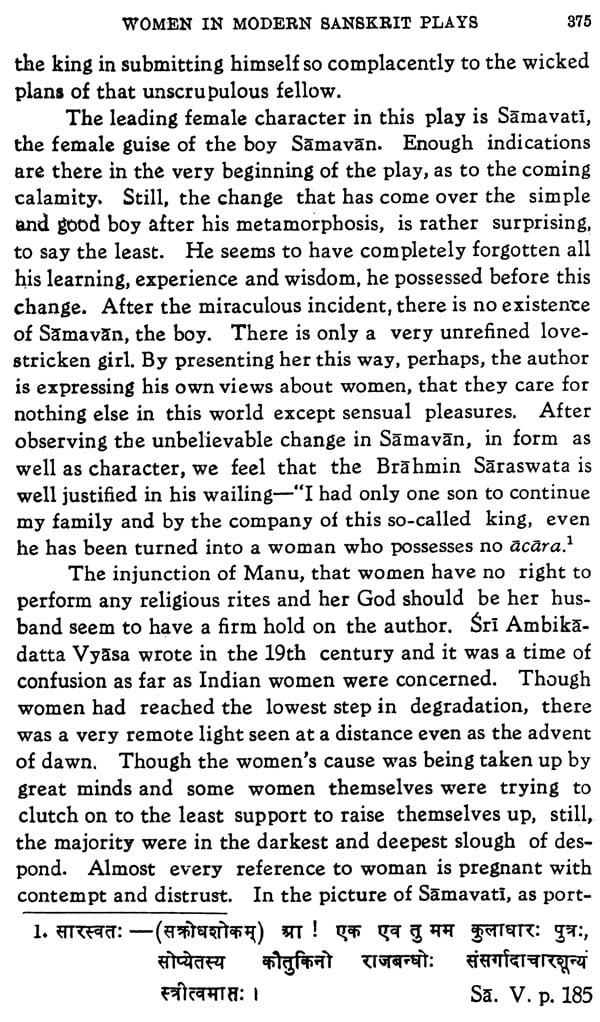 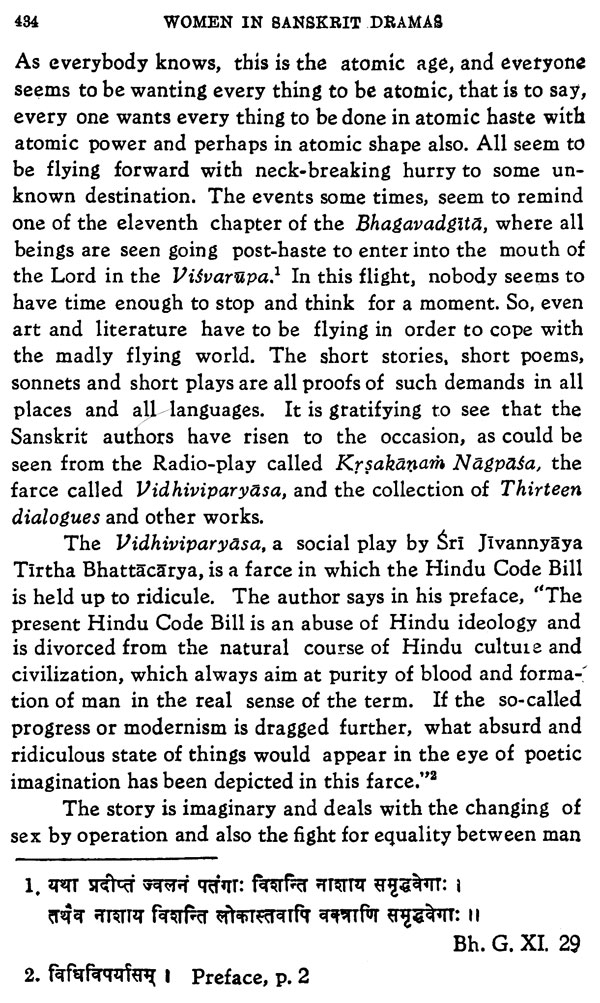 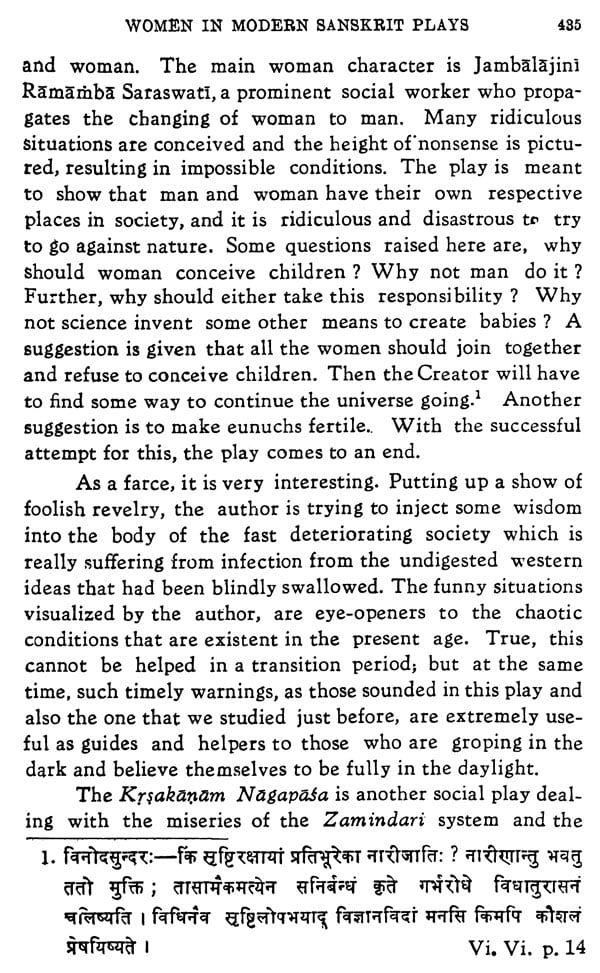 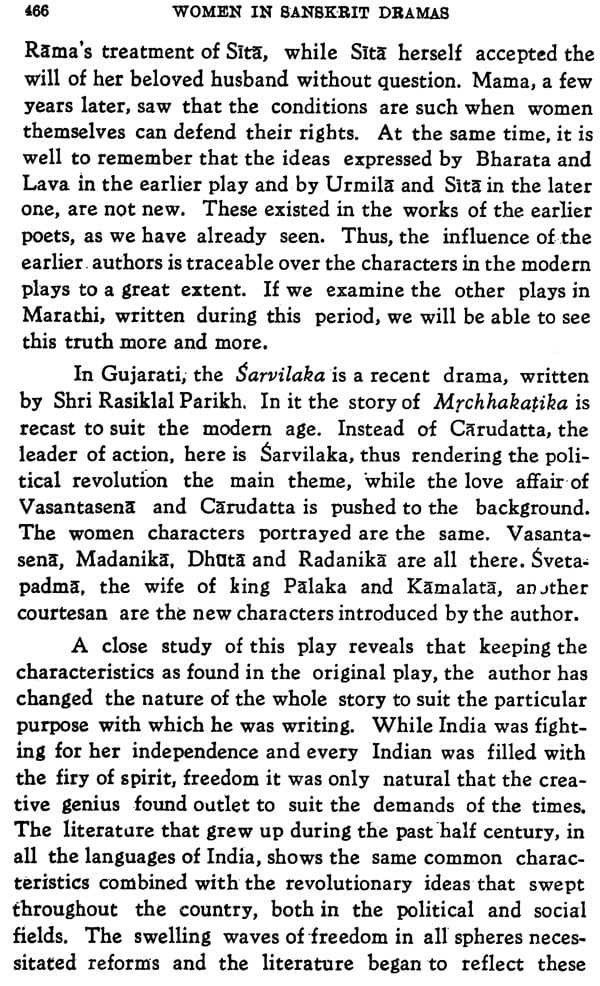 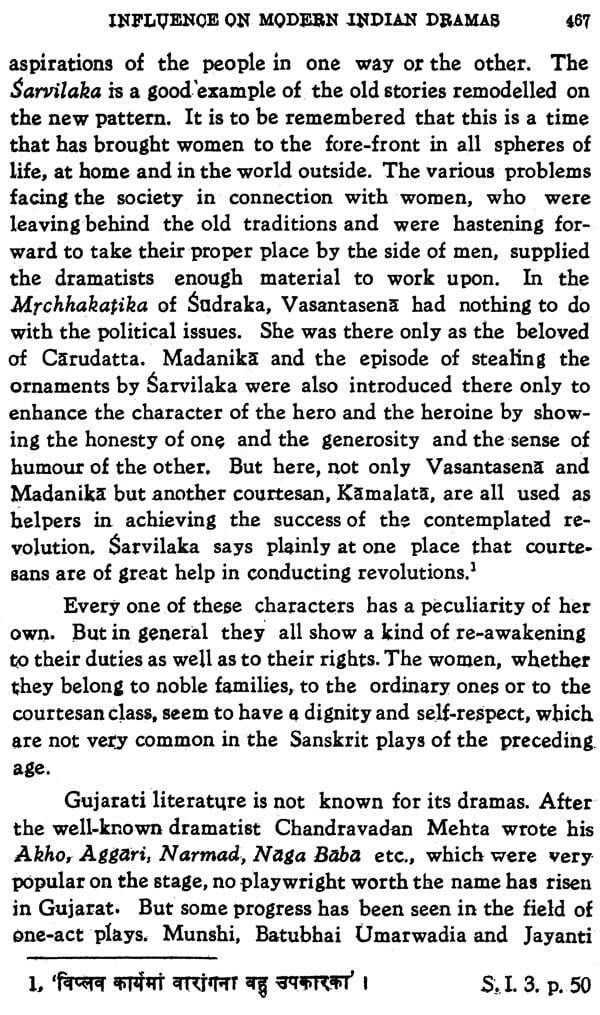 The Tested Easiest Method of Learning and Teaching Sanskrit (The Study of Sanskrit by the Ashtadhyayi System in Six Months Without Cramming)
By Shri Pt. Brahmadatta ji jijnasu
$34
FREE Delivery
Best Seller Learn Sanskrit in 30 Days (The Easiest Way to Learn, Read, Write, Speak and Converse in Sanskrit through English)
By K. Srinivasachari
$15
Best Seller Subodh-Samskrtam (Easy Way to Sanskrit) (Set of 3 Volumes) (Sanskrit and Hindi Text with Transliteration and English Translation)
By Dr. P.S. Roodurmun
$50
Out of Stock