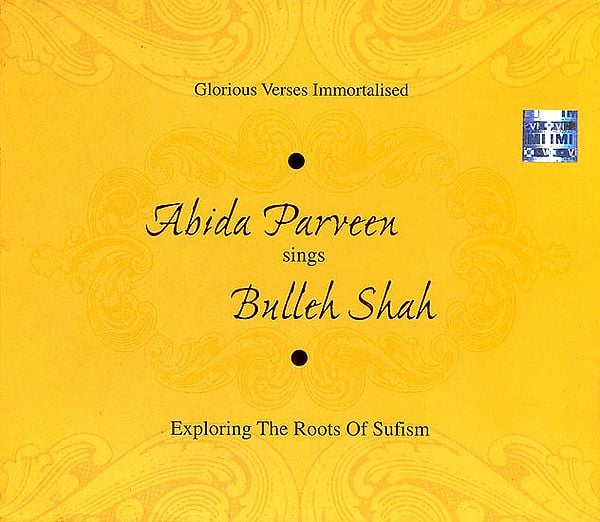 $28.00
Notify me when this item is available
Save to Wishlist Send as E-card Share by Email
About the Artist

Abida Parveen
Abida Parveen is the reigning diva of Sufi Music. Her forte is the ‘kafi’, ‘ghazal’ and along the way, she has dabbled very successfully into the realms of ‘Qawwali’. In a time Where folk music was usually the domain of male artistes, Abida was trailblazing her own nice within the Sufi/ Devotional genres. Her uniqueness lies not only in her towering vocals, but the fact that she imbibes a woman’s perspective into poetry, initially thought from the mindset of a man.

Bulleh Shah
Bulleh Shah (1680-1757) is considered the greatest Sufi poet of all time. He was also a noted Humanist and philosopher of his time. His works are rated amongst the best Sufi works of his era alongside Waris Shah, Abdul Wahad and Mir Taqi Mir. Bulleh Shah’s Kaafi (a traditional style of Punjabi Poetry) highlights his mystical spiritual voyage through the four stages of Sufism: Shariat (Path) Tariqat(observance), Haqiqat (Truth) and Marfat(Union). His Poetic approach simplified complex fundamental issues of life and humanity and was greatly appreciated by the masses.

“Abida Parveen sings Bulleh Shah” is a unique collection of some of the best known timeless verses of Bulleh Shah brought alive by the vivacious renditions of Abida Parveen.