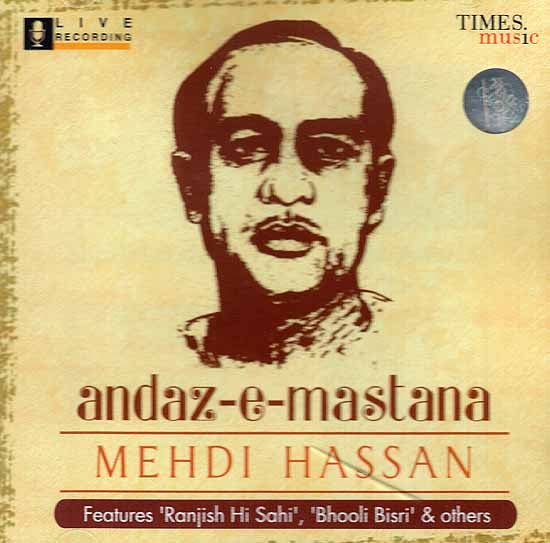 $28
Quantity
Notify me when this item is available
About CD

Mehdi Hasan is widely recognized as ‘The King of Ghazals’. His unique style, pure and effortless voice, distinct delivery, and the ability to sing a ghazal in over forty different tones on the same stage, make him a genius. This legendary ghazal exponent has set the standards for light classical music genre so high that it is difficult for less-than-extraordinary talents to make it. His gayaki has been an inspiration to the many a singers who have found appreciation in these time.

He belongs to a musical family that boasts an ancestry of over fifteen generations. Hailing from Rajasthan, he gave his first public performance at the age of eight. He has rendered almost all forms of vocal music including Khayal, Thumri, Film Music, Folk songs and offcourse, Ghazal, which is his forte.

He has achieved worldwide recognition due to his innovations in the presentations of Ghazals. His use of ‘Drut Laya’ instead of ‘Vilambit Laya’ is a great contribution. His excellent grasp and understanding of poetry alongwith his continuous pursuit for perfection, make his singing a delightful journey.his masterpieces like ‘Baat Karni Mujhe Mushkil’, ‘Ab Ke Hum Bichde’ and ‘Ranjish Hi Sahi’ have been moved many.

In humility, he attributes his acclaim to God. His deep respect for his art is akin to single-minded devotion. Twenty-five thousand songs can be credited to his illustrious career. Here, we present some of his most loved songs that will take you down memory lane, at the end of which you will be able to say with satisfaction that it was a fulfilling journey you would want to go on again and again.