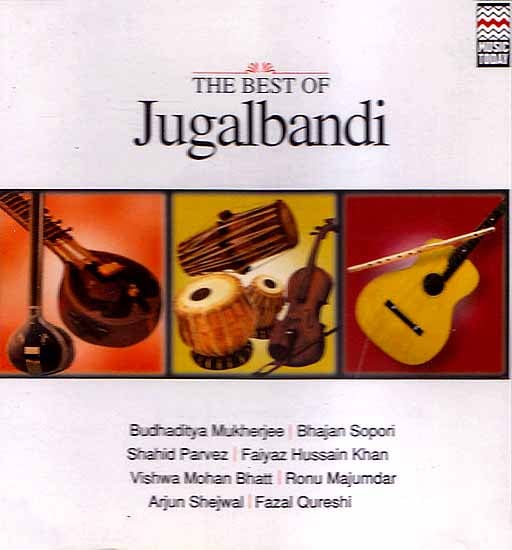 $28.00
Notify me when this item is available
Save to Wishlist Send as E-card Share by Email
About the Audio CD

The apparent fluency of a jugalbandi belies its complexity and inherent musical challenge. For this musical expression, which has come to the fore in fairly recent times, not one but two musicians perform the ragas together.

By turns, each musician continues the development of the raga, occasionally supported by the other. Both, however, remain bound to the main composition and play this together as a duet and as a solo improvisation.

Jugalbandi thus makes many demands of its performers. They must be perfectly tuned in to each other’s musical intentions, so that the raga elaboration is aesthetic and forms one seamless whole. Individual styles and gharana training, and the sound capabilities and limitations of the instruments used have to be taken into consideration during performance. Above all, jugalbandi is a musical give and take, where two musicians share their creativity to inspire each other.