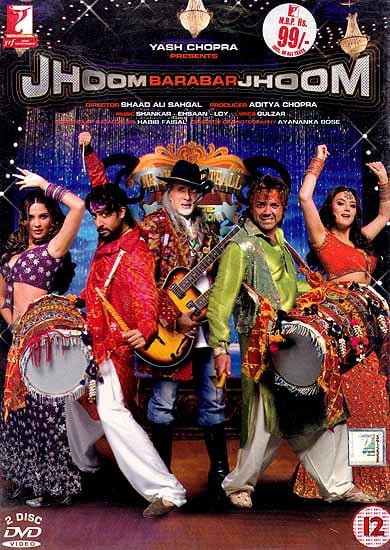 Crowded café. One table to share. Two hours to kill. Perfect setting for the start of a love-story. Hitch? Both Rikki (Abhishek Bachchan) and Alvira (Preity Zinta) are engaged and have come to pick up their fiancés who are coming by the same train. To kill time, they end up telling each other their “how I met my fiancé” stories.

Rikki met his fiancé Anaida (Lara Dutta) at The Ritz (Paris), the same night that Princess Diana and Dodi walked out the hotel and into the paparazzi. As Rikki says, “When two lovers die, another two are a born”. They dance…they sing…they’re in love.

Alvira, a princess by nature discovers her prince at Madame Tussaud’s. when a gigantic wax model of Superman falls from the ceiling, Alvira is a sitting target. But Steve the Prince (Bobby Deol), a lawyer by profession saves her life but steals her heart! They also sing, they also dance and they also fall in love.

Stories unfold, time passes, the two strangers start enjoying each other. That Alvira is a Pakistani Brit and Rikki originally from India…that Rikki is crooked, earthy, and rakish: dabbler in various businesses; that Alvira is prim-n-proper, wannabe blue-blood, stiff upper-lip: Asst. Manager at House of Fraser’s…none of these details matter. They have gotten alarmingly attracted to each other!