Fear: One Man's Passionate Obsession with a Woman (A Violent Love Story Showcasing One of Shahrukh Khan's Finest Performances): Winner of the Best Film Award in 1993 (Hindi Film DVD with English Subtitles) (Darr) 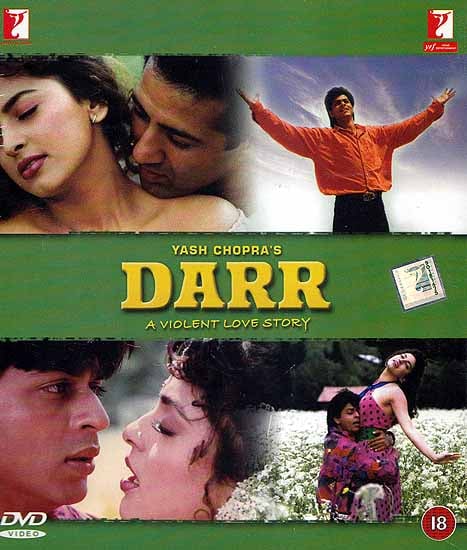 ‘Darr’ is Rahul’s (Shahrukh Khan) story whose love and obsession for Kiran (Juhi Chawla) frees him from all fears of life and death. ‘Daar’ is Sunil’s (Sunny Deol) story, whose enduring love and passion for Kiran gives him the courage to face the fear of death. And finally ‘Darr’ is Kiran’s story, caught between one man’s love and another man’s obsession. She fears one and fears for the other. One stands for love and the other for life. Who will be the victor in this battle between love and life?

‘Darr’ won the National Award for Best Film in 1993 and is well remembered for Shahrukh Khan’s mesmerizing performance. Shiv-Hari composed the haunting melodies of Darr, including ‘Jaadu Teri Nazar’ and ‘Tu Mere Saamne’