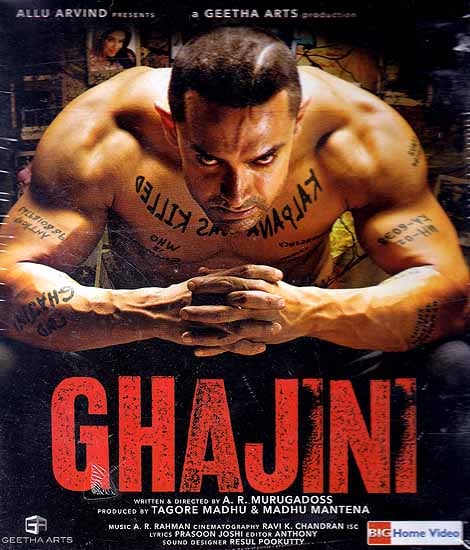 Ghanini is the largest grossing Hindi film of all time. It is the only Indian film to earn one billion rupees at the box office across India and it grossed 4 Million US Dollars overseas within a week of its release.

A film about a man with only 15 minutes of memory recall. A man who was once suave, successful and had everything a man could desire. A man who had everything he loved snatched away from him, including his identity by brutal senseless violence. A human being who is forced to become something close to inhuman. A story about his wounded, savage quest for revenge. Driven by the pain of what he once was and had…

“It is a powerful film. It has the power to sweep you off your feet from the word ‘go’. It has a riveting story, which has been told with flourish by director A.R. Murugadoss. And, of course, it has a knockout performance by Aamir khan.” Taran Adarsh, Film Critic, Trade Analyst – Indiafm

A historic hit that will be remembered for a lifetime.