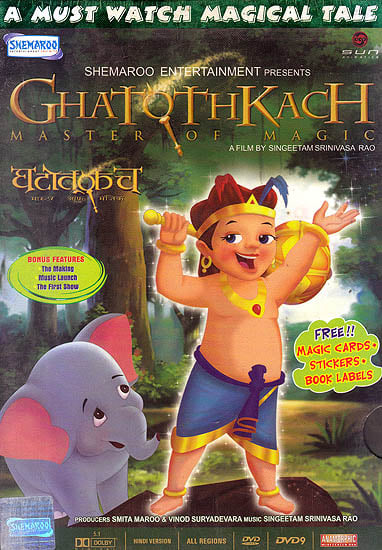 Ghatothkach lovingly called Ghattu is the prince of the forest and is blessed with extra ordinary powers. He has loads of fun with his magical powers but also uses them to protect everyone around him. As a five year old he rescues Gajju – a baby elephant which leads to a lifelong friendship. The fim is the journey of a prince and is elephant friend full of magic fun and adventure when challenged by evil forces that are out of destroy him and to stop him from fulfilling his destiny Ghattu and Gajju from an invincible team to fight them. Together they unite two soul mates against all odds in their own unique funny way.