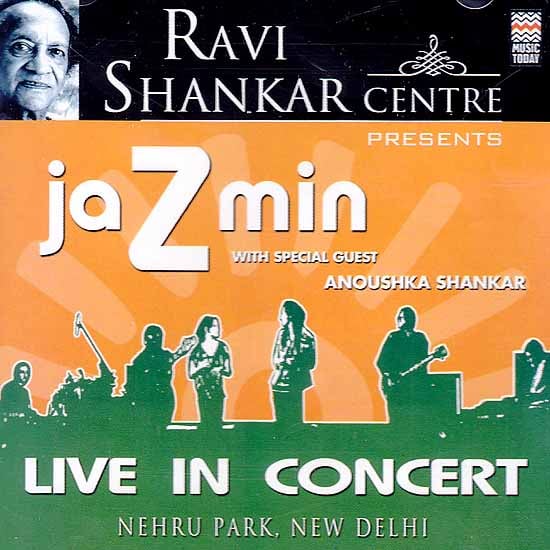 These musicians performed a private concert for Pandit Ravi Shankar his wife Sukanya and daughter Anoushka at their home in San Diego, California. Soon after the members were accepted as students of Panditji. The band was then asked to perform another concert for their Guruji this time for an audience that was a mix of people forms the east and west. The audience was impressed with the performance which comprised several western music including Jazz blues, rock & Roll and hip-hop. It was after this performance that Panditji and his Indian audiences. Pandit Ravi Shankar then offered the name Jazmin for the group which was gratefully accepted by the musicians. The name is a variation of Panditji’s album title Jazzmine a live performance at the 1980 Bombay Jazz festival which brought together western Jazz musicians and Indian classical musicians. 50 years after the historic east Meets west album Panditji continues to bridge the gap between cultures.