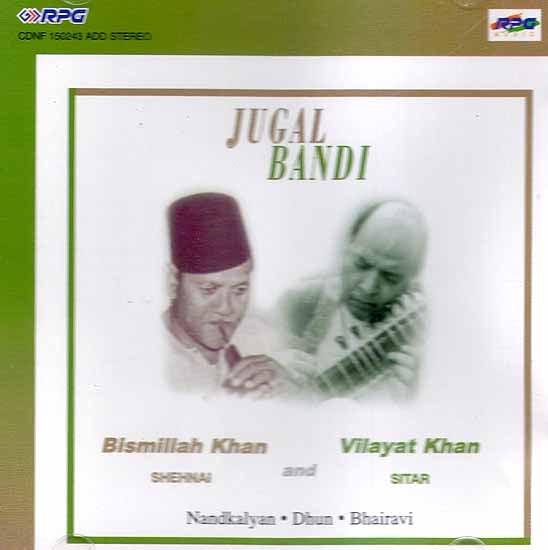 $28
Quantity
Notify me when this item is available
Jugal Bandi

The human mind incessantly seeks novelty, excitement. It is never enough to savour the fragrance of the experience - one must always move on to experiences which are new. Then the music lover or connoisseur is the catalyst for change for the unceasing introduction of fresh ideas and new paths which the artiste must seek and find.

The psyche of any receiver is also obsessed with another phenomenon - the need to feel an object of pleasure in the context of a perspective and in relation to other things similar. The idea of the Jugalbandi perhaps was born out of this curiosity of both artiste and listener to see how a certain star or style fares in relation to another.

The concept of musical ‘duel’ was also strongly entrenched in the tradition in a different context. This was a purely competitive medium, often quite negative in spirit and intent.

The modern day Jugalbandi is a ‘duel with a difference’ in that it is a highly positive and creative exercise, born of a great degree of mutual respect between the players. The object is primarily to create a synergy of ideation and sound in a celebration of the solidity of structure in Indian Classical Music which enables two perfect strangers to come together before an audience and make music together on the spot.

For the listener however it cannot be denied that the spirit of competition between titans is of great attraction. Perhaps, it is this which makes Jugalbandi the most popular concert format in contemporary times.

The Gramophone Company of India created history when it brought together Vilayat Khan and Bismillah Khan in a Sitar - Shehnai Jugalbandi. The duo came together again after years in a concert organized by RPG Enterprises at Nehru Centre, Mumbai. This album fetures the raga Yaman, recorded at that concert.