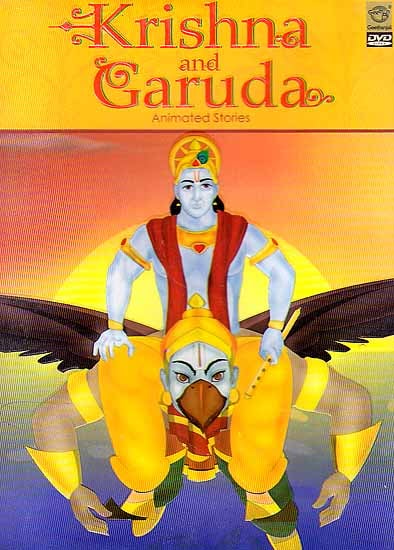 Garuda was born to sage Kashyapa and was the largest being on the earth big enough to black out the sun. He had a golden body a white face, red wings, the head of an eagle and the body of a man. Garuda was an ardent devotee of Lord Vishnu and a symbol of the force of speed and martial prowess.

Because of his sheer size the Gods were scared he would harm them. But eventually he was restored to his normal form. His mother was the queen of birds and his father had another wife who was the queen of serpents. The queen of serpents imprisoned Garuda’s mother by cheating her in a bet. Garuda was asked to get celestial nectar as a fee for releasing his mother. He reached heaven and after numer ous hurdles with the help of Lord Vishnu he got the nectar and freed his mother.

Thanks to his selfless nature, Vishnu blessed him and made him his mount. His devotion to Vishnu surpassed all others and he was his mount in every form that Vishnu attained be it as Krishna, Rama, Narasimha or Lord Balaji. When Vishnu took the incarnation as Krishna, Garuda helped him find the Syamantaka jewel and even helped him marry Sathyabhama. Later Narakasura a cruel demon was killed by Sathyabhama with the help of Krishna and Garuda.

In this series the epic adventures of Garuda are narrated in an exciting animated format. Children and adults alike will enjoy the rich narrative and gripping stories and will relive every one of Garuda’s.