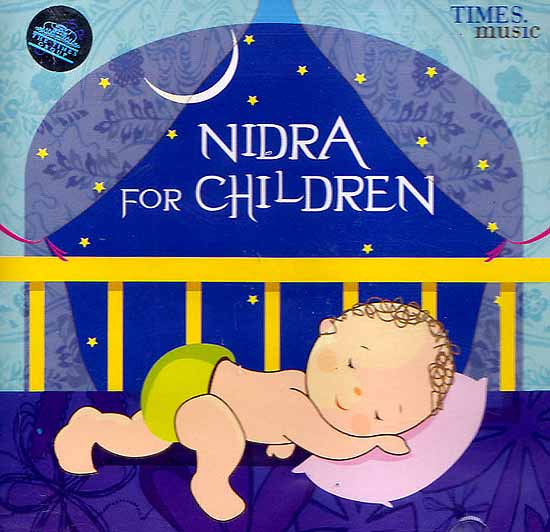 An extraordinary album which has the ideal music to help induce sleep in children by creating a soothing effect on them.
Dhun based on Raag Bhairavi and Raag Bageshri
Artiste - Pandit Raghunath Seth on flute with other musicians & chorus
Studio - Radio Gems, Mumbai.
Recorded by Dinesh Chedda
Mastering at Xplosive Sound, Mumbai
Composed and Created by Pandit Raghunath Seth
Conceived, Presented and Produced
By Kavi Narayan Agrawal.

It is a blend of classical music with lullaby with its sublime nuances. The flautist plays the ragas like Bhairavi and Bageshri that follow a unique pattern of music notations which has a soothing effect upon the listeners and are known to induce sleep. To the flute a few instruments add their own music, which is subdued and restrained. A chorus too is effectively used for additional impact. This will benefit all especially children.

Music is capable of wonderous effects on the human mind, body and soul. While on the one hand it can infuse courage in the hearts of soldiers, on the other, it has power to induce sleep in an individual.

They say that a child is innocent, pure of thoughts and action. He can be easily cajoled and coaxed into obedience, music combined with caressing words, sung by a mother is transformed into a ‘Lori’ or lullaby and the entire world is well aware of the power of a lullaby to induce sleep.

Today, in a restless world full of stress, the human mind is in dire need to transcend onto a plane where peace prevails and from where he can return relaxed and invigorated ready to face the challenges of a new day.

It is a creditable effort and novel experiment on the part of the Indian Classical Music front which has used the medium of the flute rendered by Pandit Raghunath Seth who combines in true Indian classical tradition, the various alaaps of suitable ragas to bring to the listener a sense of peace and tranquility.

Each alaap is expressed with such intensity that the audience for a brief period in time is transported into a state of peaceful semi-consciousness.

If such an experiment can succeed in a chaotic world, it is indeed a mojor breakthrough for Indian Classical Music.

The older generation has a special attachment to memories and it is for this very reason that the presentation also comprises long forgotten songs, which recall memories of the past.

Pandit Raghunath Seth, undoubtedly, represents the Crème-de-la-crème of Indian Classical Music. His unique style of flute playing has helped him not only to be amongst the topmost flautist of India but also to carve a niche for himself over the years. Yet, he has not restrained his prowess to classical music alone. He is an equally popular figure in the field of light music. Besides providing unmatched music for several features films. He has also composed the music for innumerable non-film geets, ghazals and bhajans.