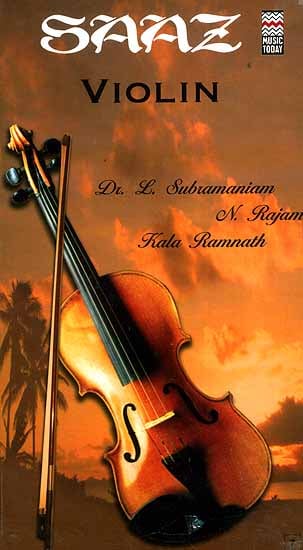 $30
Quantity
Notify me when this item is available
About The Cd In Insian Classica music, the measure of an instrument's acceptibility into the classical arena has traditionally been the extent to which it can imitate vocal music, in all its intricacies and nuances. Over the years, the Insian musical genius has produced musical wonders - instruments that are matchless throughout the world in terms of their sound quality, their intricacy, their machanics, their verisimilitude to the human voice, and most importantly, the depth of emotion they are capable of stirring in the listeners.

This series showcases just such melodic marvels: eight of the most popular and fascinating classical instruments from India's nusical treasure-chest. Saaz (the Urdu word for a musical instrument) brings together some of the finest classical instrumental renditions by acknowledged masters. Each double volume album thus gives a glimpse of the multitude of style in which the instrument is played.