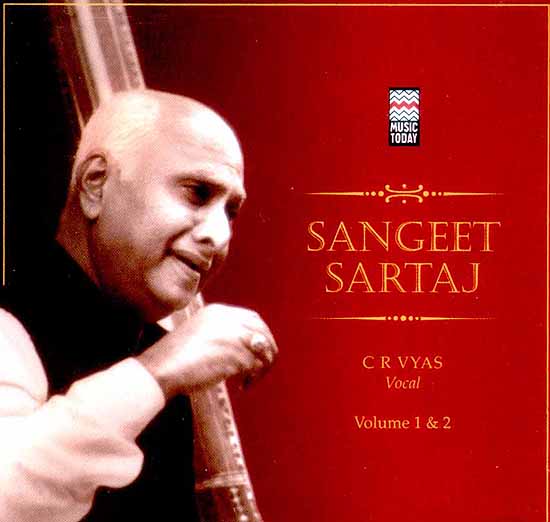 C R Vyas was born in Osmanabad, Maharashtra on 9 November, 1924. Govind Rao Bhatambekar of the kirana gharana initiated him into music. Later he came under the influence of the two great vocalists, Rajaram Bua Pradkar and Yashwant Rao Mirashi, both from the Gwalior gharan. Then he learnt from Jagannath Bua Purohit, also known as the Gunidas of Agra gharana. He was also associated with another notes scholar-musician, S N Ratanjankar, and his leading disciples Chidanand Nagarkar, S C R Bhatt and K G Ginde. Chintaman Raghu Nath Vyas was not only a leading classical vocalist but also a composer and a scholarly musicologist.

By blending the artistic legacies of the four gharanas with his hard work and riyaz, C R Vyas evolved his own individual style. He was gifted with a powerful voice that has great depth and range. Born in a family of Sanskrit Pandits and Kirtankars (devotional) music singers), he composed bandishes in different ragas under the pen name of Gunijan. He was also the creator of many new ragas, which include Dhankoni Kalyan, Sanjogia and Shivabhogi. C R Vyas did not come from any specific gharana (traditional lineage of a singing style), nor did he restrict himself by narrowly following one particular style of singing. In the course of his musical training, he benefited from the guidance of many great gurus of various traditional gharanas.

For his contribution to music, he was honoured with the sangeet Natak Academy award, Maharashtra Gaurav Puraskar and Ustad Hafiz Ali award. In 1992, he was given the Padma Bhushan award.