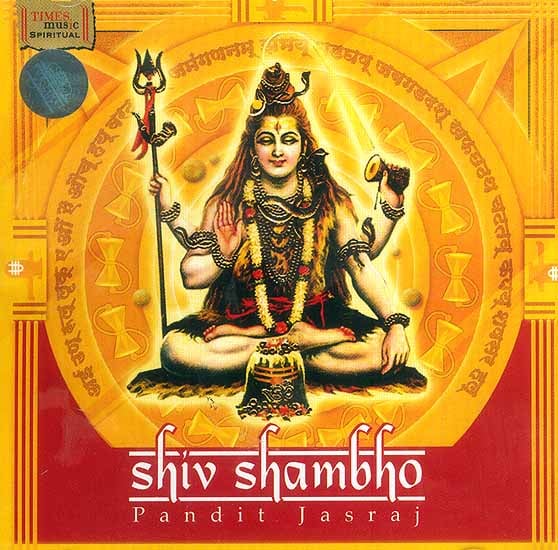 In the beginning, there was only silence, a vacuous empty stillness- as if it were waiting for something. How could there be any sound if there wasn’t even a breath of air? How could there be movement when there was no life at all? All the Gods and Goddesses beseeched Lord Shiva for help. “O Mahadev, lord of lords, the world is waiting for you to bless it with the magic of resonance, of sound, of speech, so that all beings may communicate with each other." The impassioned, voiceless prayer of the Gods at last touched the heart of the compassioned Lord Shiva. At first, a few mild wisps of air began to circulate the earth. They slowly gathered momentum. The soud of the wind now began to pervade the stillness of the world. It grew and grew and began to assume a turbulent stormy form; heaven and earth came face to face as if ready for a great celestial battle. Crashing thunderbolts and blinding flashes of lightening began their violent dance in the swirling clouds in a furious cosmic balled. And out of it were born little droplets of rain. Slowly and steadily they fell onto the arid earth who opened her parched lips and drank greedily. The pitter-patter of the raindrops lent a natural rhythm to this heavenly ensemble.

Suddenly a thunderous booming roar was heard; loud and deafening, it seemed to emerge from the bowels of the earth and split into two, as it were. It was the voice of Shiv Shambho’s damru- deep and reverberating, it was the answer to their prayers.

It was the much- awaited creation of sound, the first element in the unfolding of primordial universe, joyfully invading the empty stillness of this world. Soon were to come vowels and consonants, alphabets, word...and then...speech.

Far through the rumbling clouds could be heard, the faint echos of the damru of Lord Shiva- his tiny hand held two sided drum which was to give birth to the original sound. The dissimilar beats emanating from it were to slowly fuse together to produce a definite sound, which gave a distinct cadence to the work with his damru, binding all sounds of creation into harmonious rhythm pattern; this was the birth of taal- the rhythm cycles.

The blissful earth, replete with the water of life began to produce all life forms- plants and animals, all jostling together in a cheerful co-existence. The sounds emanating form them all began to shape themselves; and thus music was born. The seven notes of the music scale began their joyful dance on the wings of rhythm, much to the delight of all living beings. And even the great lord Shiva smiled down with pleasure at his creation!

The 'Maheshwara Sutras' are powerful Sounds that are considered to have emanated from the damru of Lord Shiva. These fourteen sounds chanted in succession have forceful vibrations that are believed to Keep the mind stable and improve our memory and concentration. it is believed that chanting of this mantra also helpss people with speech disorders, lisps, stammering and pronunciation problems.