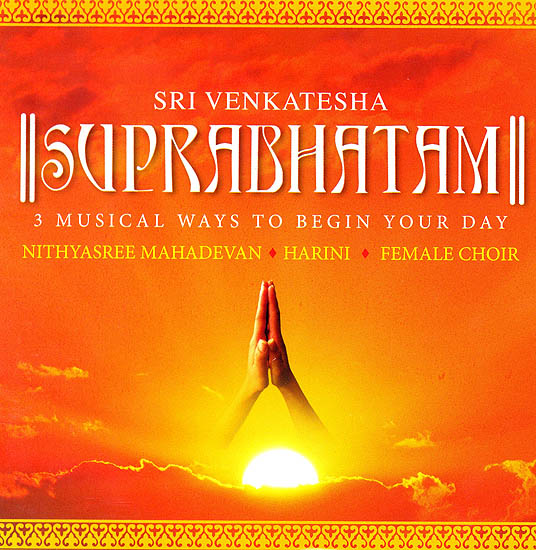 Suprabhatam (meaning 'auspicious dawn' in Sanskrit) is a set of prayers recited in the morning in praise of the Lord so as to awaken Him from his slumber. The Venkatesha Suprabhatam in praise of Lord Venkatesha was composed by Sri Prathivadhi Bayankaram Anna Vedanthachari and consists of four parts: Suprabhatam, Sri Venkatesha Stotram, Prapathi and Mangalam. This album presents 3 soothing versions; The Traditional Version which is the most popular of all sung by Nithyasree Mahadevan, the Semi-Classical Version specially composed by blending various morning ragas like Bouli, Bhoopalam, Chakravakam, Mukundamalini and Kanakangi and the Chorus Version that combines a melodious female choir group with a refreshing new sound to create a powerful and divine aura.