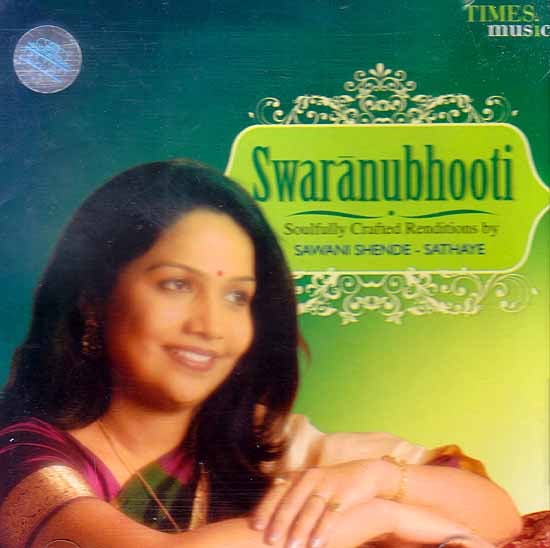 An album comprising Hindustani classical compositions by celebrated artist Sawani Shende Sathaye. Sawani has composed many Bandishs and has also penned a book titled Hridayswar comprising 40 compositions by Sawani herself and her grandmother and Guru Smt. Kusum Shende. The book was released in August 2008 Sawani Presents some of those unique compositions in this album. Despite the simplicity in the lyrics these compositions are very rich in musical value and are in tune with classical raga values. Sawani has enthralled audiences with her new compositions during concerts and this album recreates that magic.

The journey of concerts started when Sawani was invited to perform at the prestigious Pt. Vishnu Digambar Jayanti Samaroh in Delhi when she was just 13 on the same day in the evening Sawani was honored when she performed for the then president of India honourable Mr. R. Venkatraman at the Rashtrapati Bhavan. That marked the beginning to her long and illustrious career. Sawani confidence and mastery in Khayals her crystal clear diction and overall sensitivity in presentation takes every performance to a very high aesthetic level.

Her rendition of semi classical genres highlights the emotive and expressive quality of Indian classical music and adds a very important dimension to her performance leaving audiences spellbound. She has a number of awards to her credit such as Pandit Jasraj Gaurav Puraskar Sawrommesh Puraskar Vishwa Sangeet Ratna and many more. She has released a number of albums which have gone on to become bestsellers.

She has been a part of many prestigious concerts both across the country as well as abroad. A very successful playback singer Sawani has lent her voice for many Marathi serials and films.