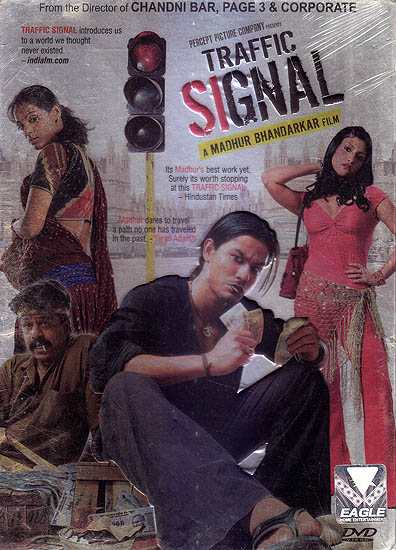 $28.00FREE Delivery
Ships in 1-3 days
Notify me when this item is available
About the DVD

From the Director of Chandni Bar, Page 3 & Corporate

Take a walk down its mean streets and one gets the essences of Mumbai pause a while at one of its Traffic Signal and one gets the essence of life. In a day scores of people go past multitudes of Traffic signal’s scattered all over the city. People sitting in their vehicles impatiently wait to get going. Though this waiting lasts but a few minutes it feels like a lifetime to them.

Traffic Signal is a story of one such signal which is representative of all other signals around the city Silsila a young orphan who was born and who took his first tiny step at the signal it now its manager. For him the signal is hi workplace and a home where he lived. He’s a sensitive soul with a heart of gold who considers the people like his family. He loves all those working at the signal. Which in a way is this family but would spare nobody when it come to business. He has a mentor named Jaffar who also is the collector of his region. Both the and Jaffar work for the local Mafioso, Hali and would even lay down their lives for him. Inherent in the social structure lies a nexus between the local mafia and Politicians though at the level Silsila is almost nonexistent. Yet by a force of circumstances Silsila get drawn into the bigger game and finds himself to be responsible for the annihilation on his won world, something to which he’s dedicated his life. His deeds are irreversible and he would most certainly not be able to get things back to normal.