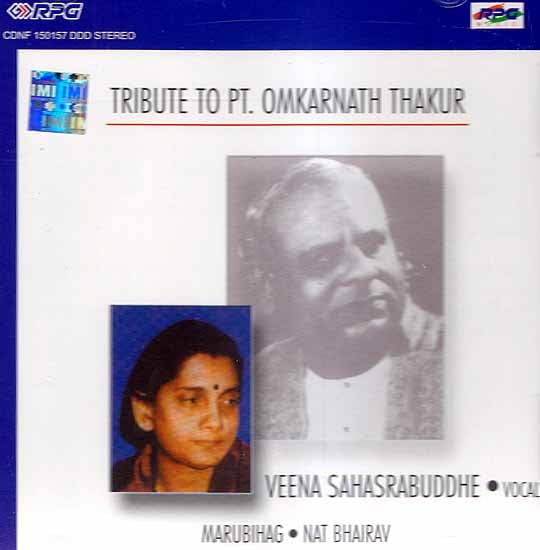 $28.00
Notify me when this item is available
Save to Wishlist Send as E-card Share by Email
Veena Sahasrabuddhe Vocal

Veena comes from a family of musicians. Her father, the late Pt. Shankar Shripad Bodas, was a disciple of Pt. Vishnu Paluskar.

Young Veena started her musical education with dance (kathak), which has given her an unerring sense of rhythm. She was initiated into khayal singing by her father and her brother Pt. Kashinath Shankar Bodas. Other mentors including Padmashri Balwantrai Bhatt, Pt. Vasant Thakar and the late Pt. Gajananbua Joshi have also contributed to her musical makeup.

Her style is primarily Gwalior Gharana. Not content with just that, she has evolved her own unique variant which critics have described as mellifluous and spirited. Apart from khayal singing, she is also sought after for her rich repertoire of bhajans (devotional songs).