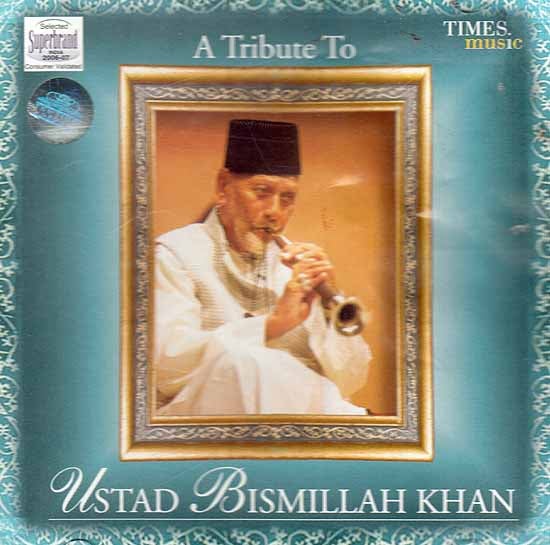 Shehnai maestro who spelled magic
Very few musician attain the illustrious status wherein their name becomes synonymous with the name of the instrument they yield. Ustand Bismillah Khan has attained this very glorious and rare status through his astonishing rendition of Shehnai for over 65 years. His gentle genius is perhaps single handedly responsible for making Shehnai a celebrated classical instrument.

Born in a small village in Bihar in 1916, Ustand Bismillah Khan spent his childhood in the holy city of Varanasi on the banks of the Ganges, where his uncle served as the official Shehnai player in the famous Visvanath temple. This is when Bismillah Khan became interested in playing the Shehnai. He familiarized himself with the various forms of the music of UP such as Thumri, Chaiti, Kajri, Sawani and more. Later he studied Khayal music and mastered a large number of Raags which he rendered with expertise, filling the atmosphere with a soothing sweetness and sublime peace.

A musician who worshipped his music, Bismillah Khan saw a divine unity between his music and his religion. Music, sur, namaaz was the same thing for him. His namaaz was the seven shuddh and five komal surs. Once he began playing the Shehnai, he slipped into a state of deep meditation and bliss where only happiness reigned supreme. A staunch devotee of Saraswati – the Hindu goddess of music, he will remain remembered as one of the most brilliant musicians in post-independent Indian classical music scenario and as one of the best examples of Hindu-Muslim unity in India.

Ustad Bismillah Khan is the third classical musician to be awarded the Bharat Ratna (2001), the highest civilian honour in India. He has also been awarded the prestigious Padma Vibhushan (1968), Padma Shri (1961), Sangeet Natak Academy Award (1956) and the Tansen Award of the Madhya Pradesh government.

Through this album, we pay a loving tribute to this glorious musician who left for his heavenly abode on August 21st 2006. May his soul rest in peace!