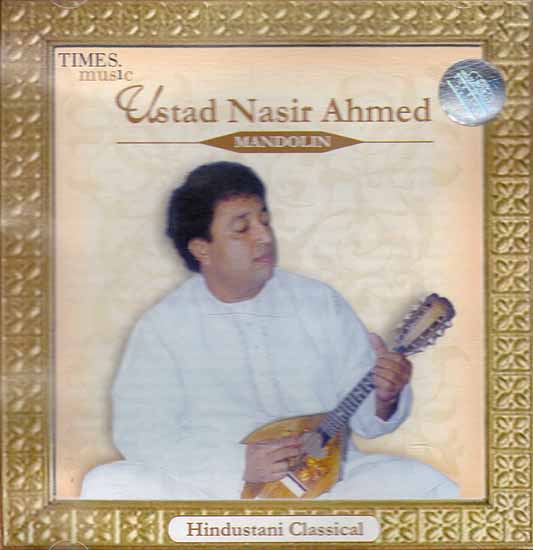 Ustad Nasir Ahmed the son of legendary music director and mandolin wizard Late Ustad Sajjad Hussain Sahab is a great classical soloist. He has been performing solo concerts and accompanying India’s leading Ghazal performers since many years. He is the leading Mandolin recording Artist in the film industry. His father Late Ustad Sajjd Hussain Sahab dominated the music industry for two decades from 1942 to 1962 with his immortal melodies in famous movies like Dost Rustom Sohrab, Sangdil, Halchal, Saiyan, Khel, Magroor etc. He was the first person in the world to present Hindustani Shastriya Sangeet Paddhati (Indian Classical Music) on Mandolin and the first to introduce and present gamak, meend, soonth, ghaseet, Murki, Murchana, Zamzama, Tappa, thumri and the tones of Sitar Sarod and Veena on Mandolin and above all he was the inventor of a unique technique by playing and accurately which is absolutely incomparable. He is also the founder of Sajjad Saheb Gharana.

Ustad Nasir Ahmed followed the footsteps of his father as a disciple and started learning the preliminary lessons of music at the age of seven. His first stage appearance was at Kal-Ke-Kalkar Sangeet Sammelan in 1983 when he enthralled the audience by his sceintillating performance. He was also honored with Sut-Mani Award organized by Sur-Sringar Samsad. He Mandolin recital at the Haridas Sammelan held at Birla kreeda Kendra in 1984 was truly marvelous. People still cherish that moment. Ustad Nasir Ahmed is undoubtedly an adroit musician. He is capable of playing Gamak Meend, Soonth and Ghaseet fluently on the mandolin with his brisk strokes and fingering clarity of Bol marks his recital.