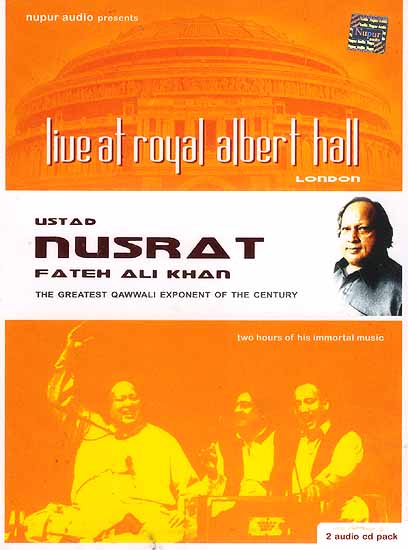 Ustad Nusrat Fateh Ali Khan was born in Lyallpur (Faisalabad) in the Punjab province of Pakistan. Khan sahib’s family’s music roots stretch back for more than six centuries. His father Ustad Fateh Ali Khan & Uncles were Qawwales. Eventually both he & his brother Farrukh Fateh Ali Khan would take Qawwali as their vocation. Qawwali, put simply, is a form of religious observance, of worship and one of its foremost exponents is Nusrat. Qawwali itself is a form Islamic devotional music interwined with Sufism but widely acknowledged and admired for its animated joyous delivery and its intoxicating effect on the listeners. The impact of its delivery had been as dynamic as its ability to arouse spirituality truly Qawwals are “ecstatic singers in sacred taverns”