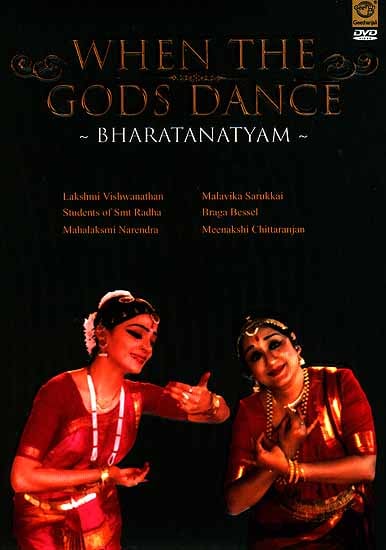 $27.50
Quantity
Notify me when this item is available
From the CD:

Lakshmi Vishwanathan (Bharatanatyam)
students of Smt Radha (Bharatanatyam)
Mahalaksmi Narendra (Bharatanatyam)
In this episode we present three compositions by three great Tamil poets. First we have Ms. Lakshmi Vishwanthan dancing to the popular padam Varugalamo, an emotional number from Nandanar Charitram written by poet Gopalakrishna Bharati. Second comes a group presentation by students of Smt Radha performing to Aadi Arule written by Kumaraguruparar. The childhood days of Goddess meenakshi, the reigning deity of Madurai is described by poet Kumaraguruparar in this song Aadi Arule. And then we present Smt mahalaksmi Narendra dancing to the well known number Chinnanjirukiliye kannama by Mahakavi subrahmaniya Bharati, where the poet describes the love and affection a mother showers on her child.

Malavika Sarukkai(Bharatanatyam)
Braga Bessel (Bharatanatyam)
Meenakshi Chittaranjan (Bharatanatyam)
This episode features three celebrated dancers depicting three different kinds of heroines. We begin with Malavika sarukkai a familiar name even to those who know very little about Bharatanatyam . Malaika took training in the Thanjavoor style of Bharatanatyam from Guru Kalyana sundaram and later in the Vazhuvoor style from Guru Rajarathanatyam. In papanasam Sivan’s Yenna Thavam, the dance exclaims to Yasoda "What penance did you perform in order to beget the great lord Krishna as your son?" In the next item "Idaivida Innum", choreographed by Kalanidhi narayanan the heroine suspects her husband to be involved with another. Braga bassel who learnt Bharatanatyam from Shri adyar Lakshmanan and then took additional training in Abhinaya from Smt. Kalanidhi Narayanan performs this piece. The next number is a kali Kouthuvam in praise of Goddess mahakali and lord parameshwara. It is performed by Smt. Meenakshi Chittaranjan, a well-known Bharatanatyam dancer who has performed all over the country and abroad.