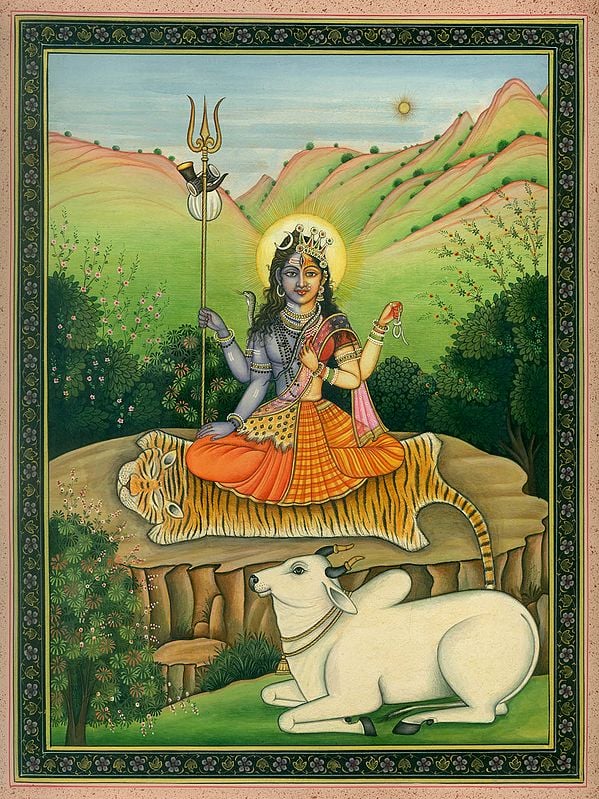 €420.75
The Ardhanarishvara is a powerful image of Sankhyadarshana (‘darshana’ is equivalent to what in the West counts as philosophy). It is the confluence of purusha and prakrti, the manifesting deva for the former being Lord Shiva and the manifesting devi for the latter being His wife, Devi Parvati. From this confluence emerges the entirety of existence; the union of the two is the very picture of life-force and fecundity, and even destruction.

This gentle watercolour depicts the two deities as one, seated in bhadrasana on a mat of tiger-skin. They are the primordial yogis, Lord Shiva having imparted the knowledge of yoga to His Parvat; in fact, Yogadarshana is the applied aspect of the more theoretical Sankhyadarshana. He wields a trishool; She, a noose. A sliver of the moon graces His matted locks, while Her gorgeous curls are held in place by a bejewelled crown. He is bare-bodied but for the loincloth, in stark contrast to which She is drawing the pallu of Her saree over Her torso with Her anterior hand.

Their mat is spread on the transverse section of a gigantic tree, set amidst the pale landscape of the lower Himalayan reaches. The painter has chosen a particularly verdant spot to depict his Ardhanarishvara in. In the foreground is the devoted Nandi on His haunches, looking ahead with a gaze as gathered and serene as the Ardhanarishvara’s.

This item can be backordered
Time required to recreate this artwork
8 weeks
Advance to be paid now
€84.15 (20%)
Balance to be paid once product is ready
€336.60
Notify me when this item is available
Save to Wishlist Send as E-card Share by Email 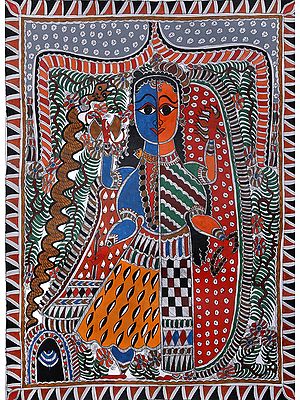 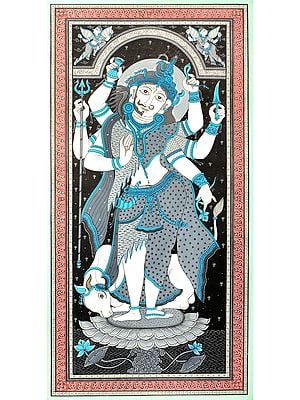 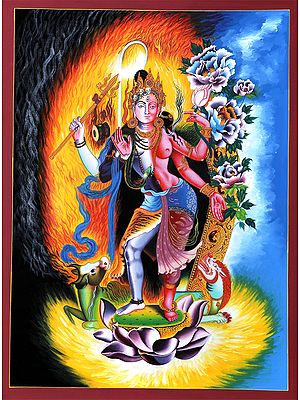 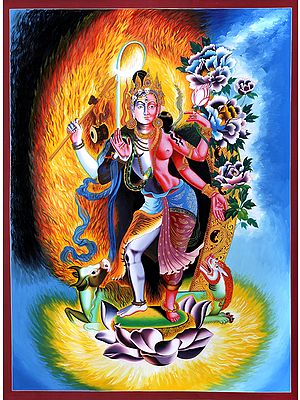 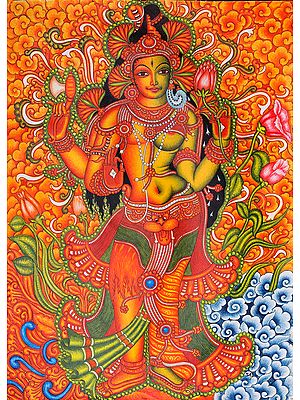 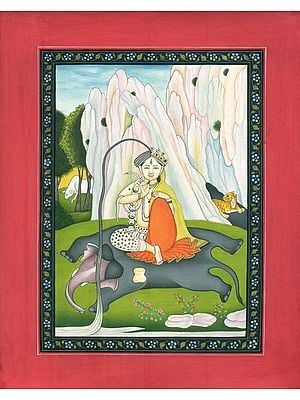 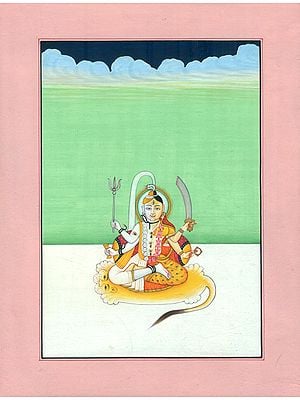 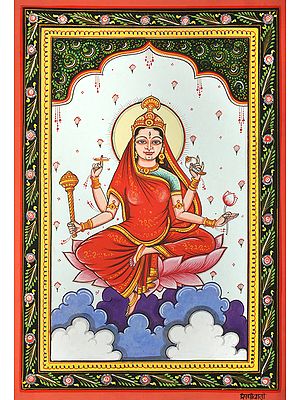 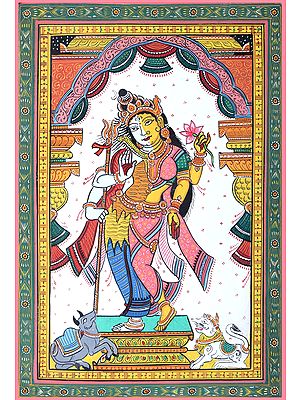 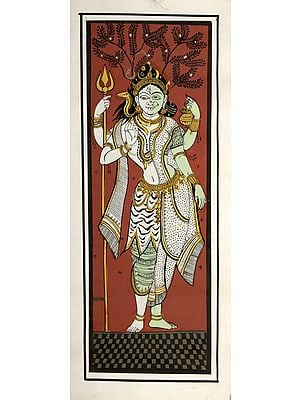 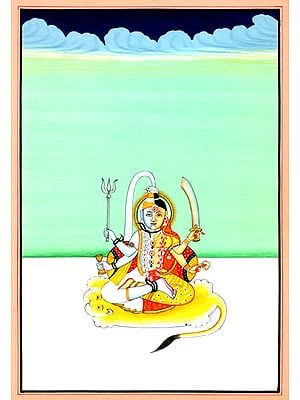 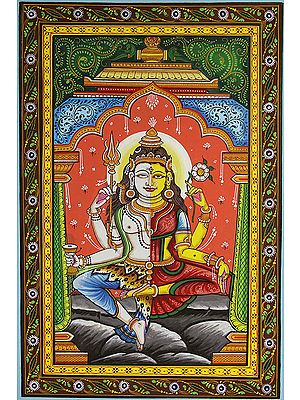