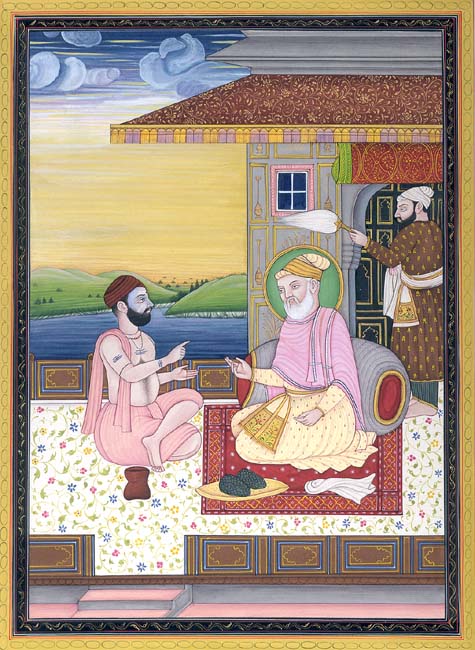 Guru Amar Das is crediting with organizing the Sikh community into twenty-one manjis or geographical divisions and also with appointing women for undertaking preaching work. To strengthen the cohesion of the fraternity further, he introduced the custom of summoning Sikhs to assemble in his presence at the festivals of Baisakhi and Diwali. He also constructed a bathing place with eighty-four steps leading to it, known as a baoli, at Goindwal where his gaddi was situated, to provide Sikhs with an alternative pilgrimage place to Hardwar. He was also responsible for developing the institution of langar, and the successful intervention with Emperor Akbar to repeal the tax on pilgrims going to Hardwar.