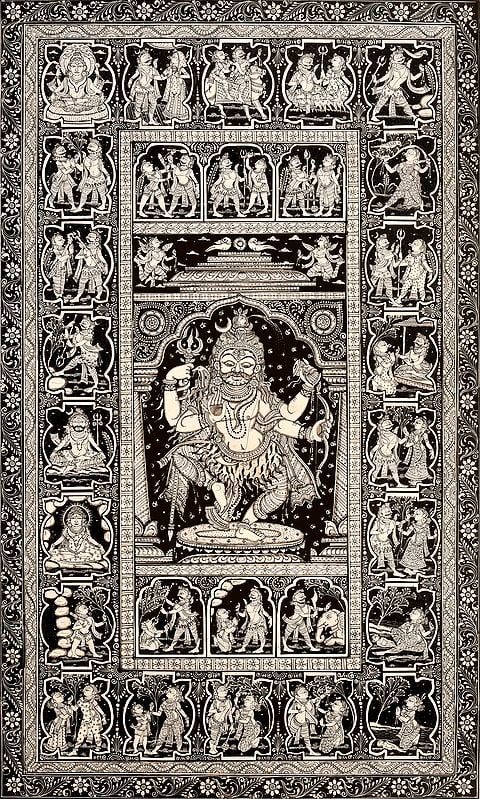 $446.25$595.00  [ 25% off ]
A dancing Lord Shiva is at the centre of this composition. He is chaturbhujadhari (four-armed), trishool (trident) and damroo and cosmic dhanura (bow) in place, with a hand raised in blessing. A leg bent and raised mid-air, the hip jutting out laterally. A solemn and serene composure of countenance, the young and maternal Devi Ganga resident in His dreadlocks. Flying apsaras and mythical creatures flanking the templetop of His altar.

This bitone ensemble has been made by folk artisans from Puri. It is a fine example of pattachitra, ‘patta’ being the local word for the organic canvas on which the image (chitra) is drawn. A skilfully done composite of Shivaleela, each panel is painted with superb precision and attention to detail. Note how one episode of the Lord’s divine playfulness (leela) is distinguished from the other by petal-like curves and lines filled in with minimalistic floral motifs.

Each panel of this composite work of art is good enough for an independent composition, albeit a miniature one. To the top left is the gracious Lord Adinath, father of the knowledge of yoga. In the same row and down the right side are panels that depict Him in togetherness with His wife, Devi Parvati. In one, they are on the back of Nandi. In the inner panels He is shown to triumph over demons and enemies of adharma. More of Devi Parvati is to be found in the laterally arranged panels, in one of which to the left She is seated in the poorna-padmasana. 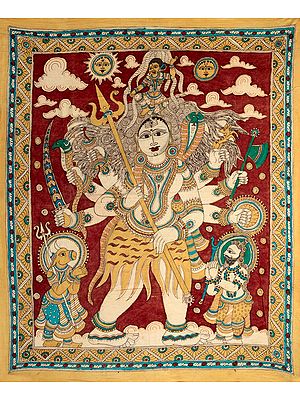 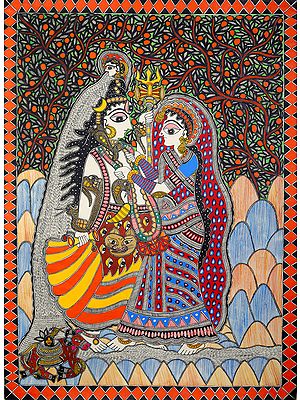 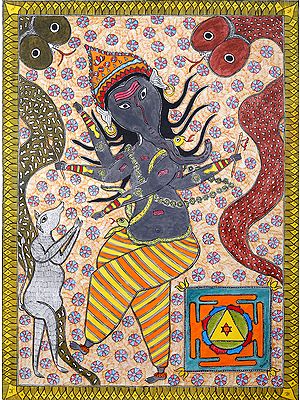 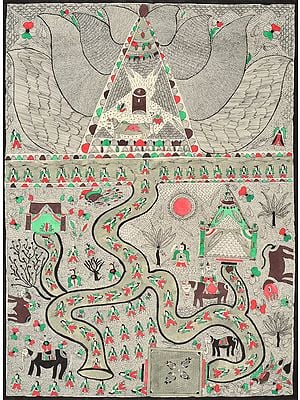 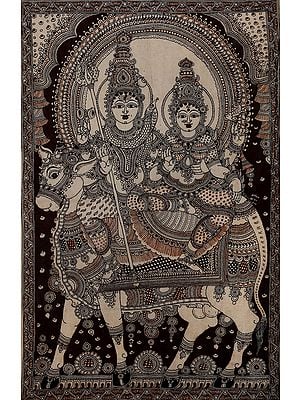 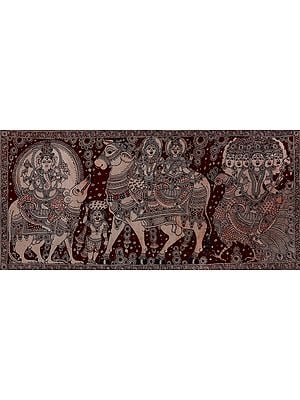 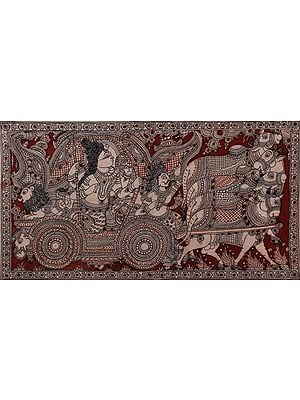 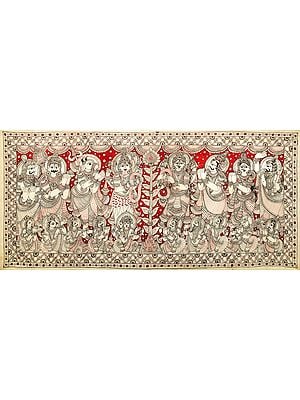 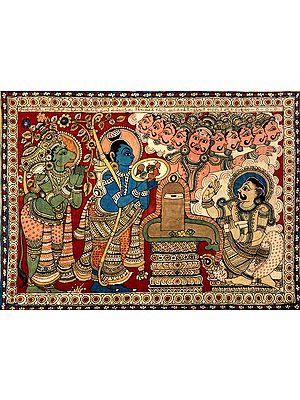 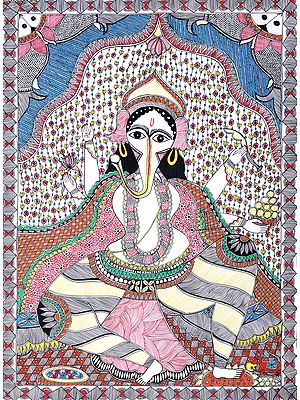 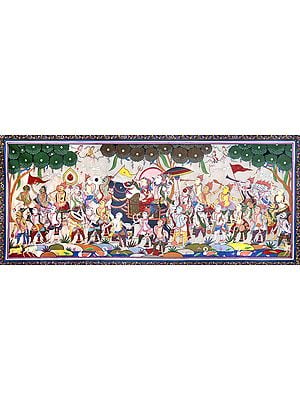 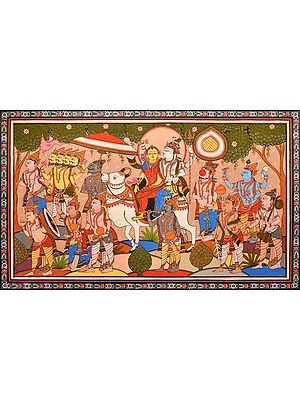 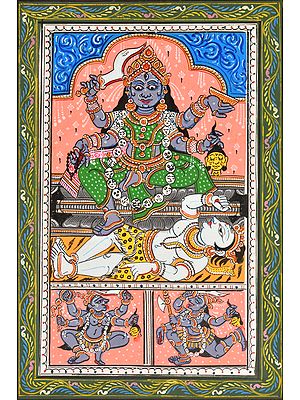