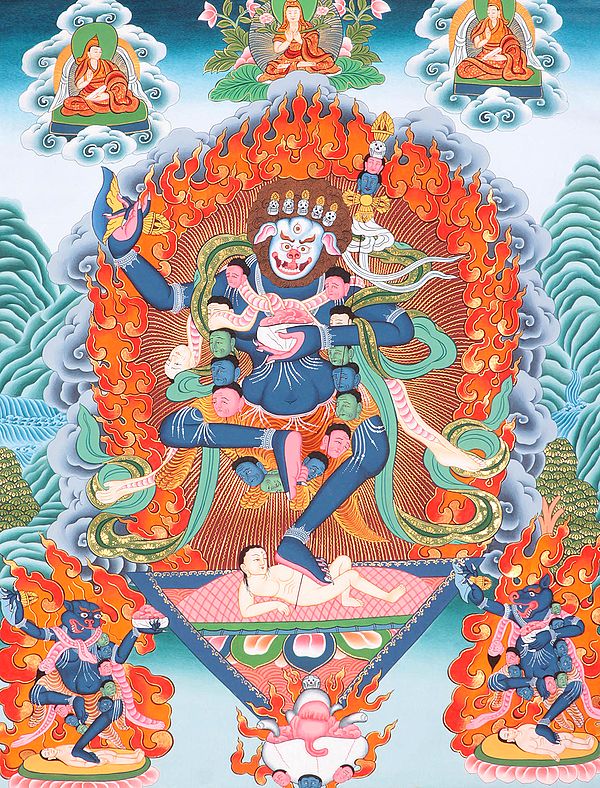 $395.00
Notify me when this item is available
Save to Wishlist Send as E-card Share by Email
This is one the animal faced dakinis in the retinue of Nairatma, the spouse of Hevajra. Two of the other animal headed deities can be seen in the two bottom corners of the painting.

The lion-headed yogini dances with her right leg raised. This posture is known as ardhaparyanka. Her left leg is placed on the chest of a male figure lying on a triangular lotus base. The right hand brandishes a vajra-chopper and the left holds a skull overflowing with fresh red blood. She has a slight pot-belly and wears a five-skull tiara seen emerging from her red hair. She is clad in a tiger skin and her scarf whirls behind her to form a halo. She wears a garland of freshly severed heads extending down to her knees and supports a long khatavanga in the nook of her left hand.

Exuberant movement is the essence of this wrathful female deity. Everything contributes towards that end: the dancing posture, the active arms, the leaping flames of the aureole and the scowling face. 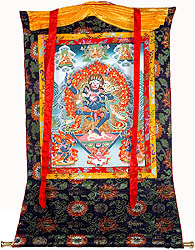 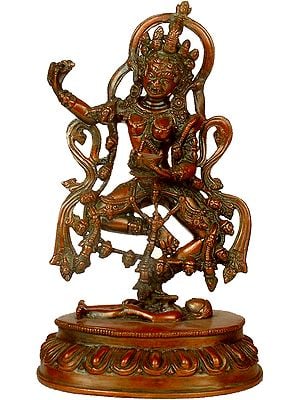 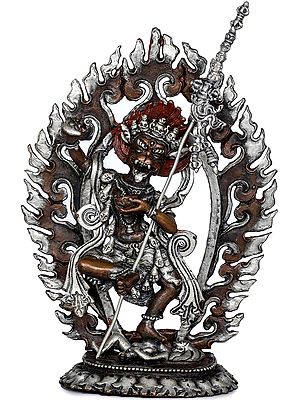 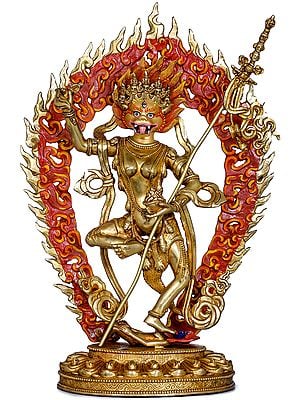 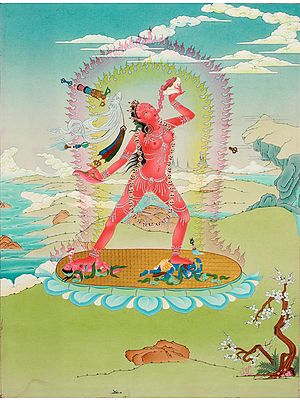 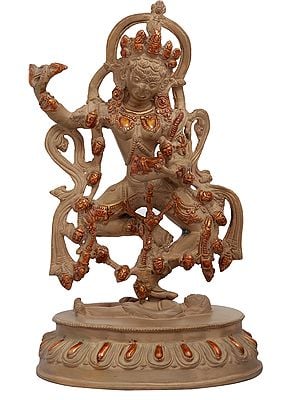 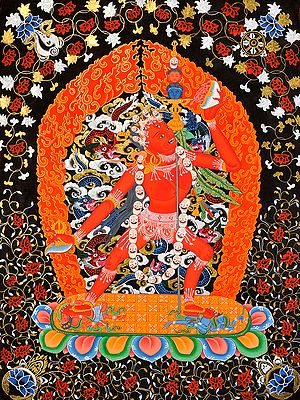 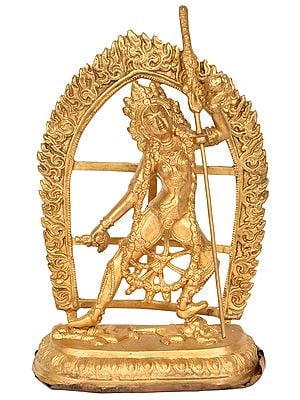 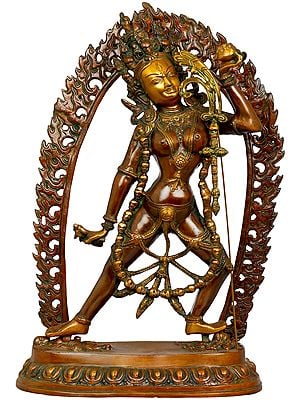 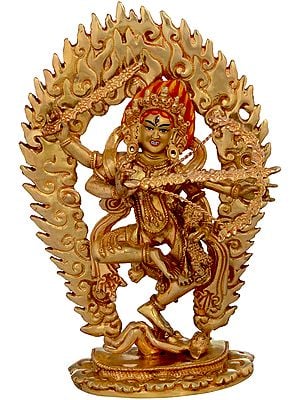 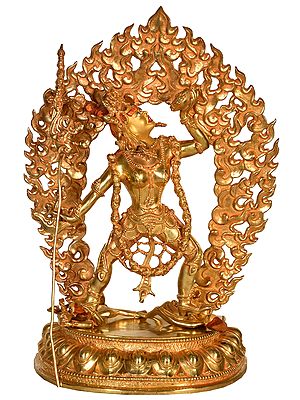 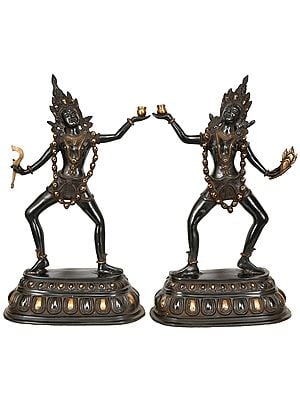 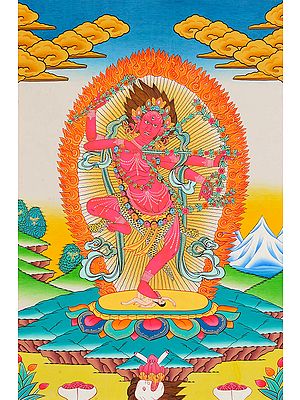