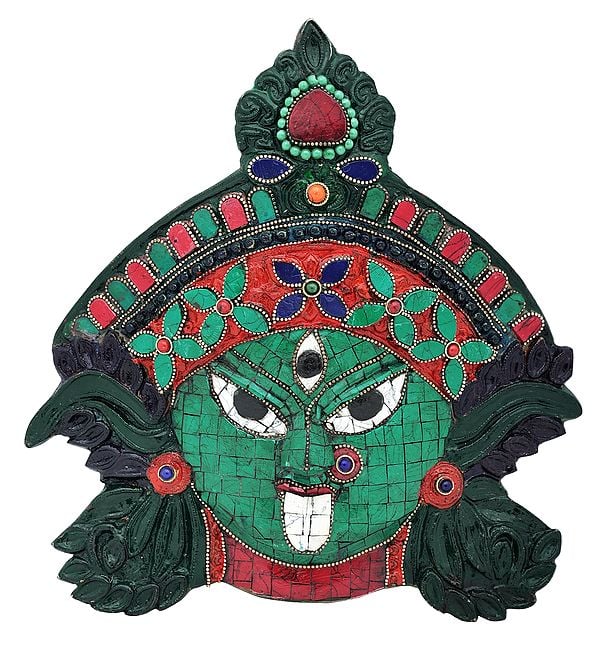 $198
Devi Kali is the Hindu Goddess of death and doom. To those not familiar with her, she is often associated with darkness, violence and sexuality. However, Kali is also recognised as a strong mother figure and a symbol of fertility and feminine energy.

Kali is often portrayed with a long lolling tongue, a skirt made of human arms and a necklace of decapitated heads. She is either posed dancing or standing on top of her husband, God Shiva, known as ""The Destroyer."" Her name is derived from the Sanskrit meaning of ""she who is black"" or ""she who is death"". She is depicted in either dark or blue complexion, similar to this brass mask, which is beautifully decorated with inlay. The mask measures 11 inch in height, 10.50 inch in width, 2.5 inch in depth and weighs 2.7kg.

In today's society, Kali is lauded as a feminist icon to many women. She is a fearless protector and warrior, serving as a role model for women to stand up for their rights and fight against abuse. Although she encompasses a dark side, she also embodies a strong, nurturing nature. Exotic India Art is proud to present this one of a kind Devi Kali mask to you.