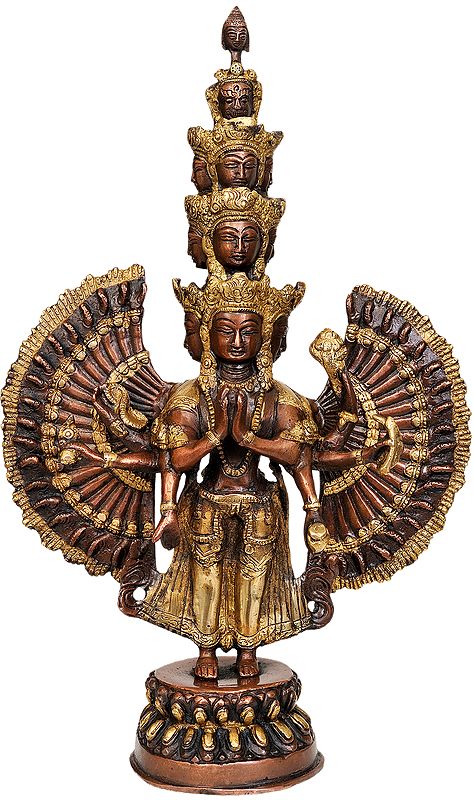 14" The Eleven Heads, The Thousand Arms Of Avalokiteshvara In Brass | Handmade | Made In India