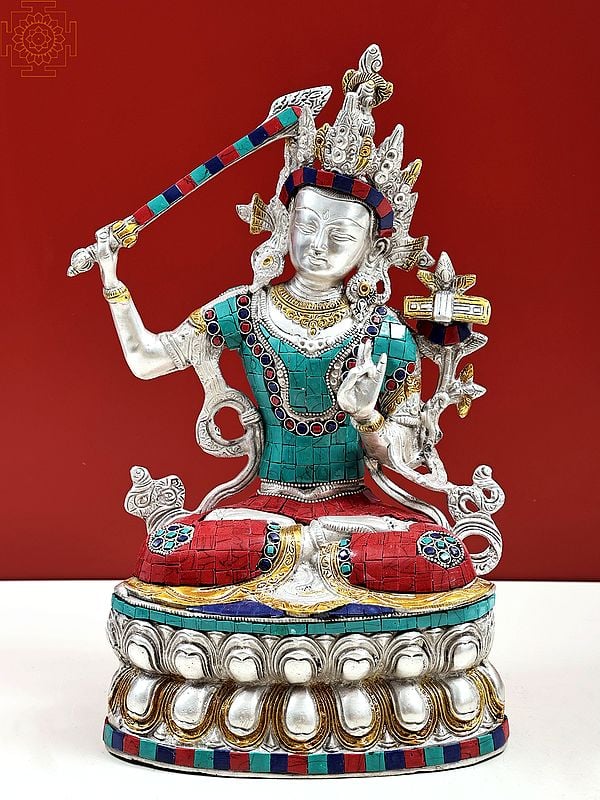 In the garbhadhatu mandala, Manjushri is the name of the four boddhisattvas associated with Vairocana. He is placed to the southwest and is seated on a white lotus. The sculpture of him that you see on this page depicts the Bodhisattva in his traditional iconography. The most incomparable aspect of Manjushri is the flaming sword he wields in his right hand. He raises it high above his head as if to bring it down any moment now. The fingers of the left hand are gathered in the Vitaraka mudra afore his stately chest, streams of gold and jewels and sashes of silk cascading down its gracious length. From the crease of his left elbow emerges a mythical flower with petals of gold and rich pastel hues. The brass statue with inlay work brings out pastel hues which is an eye-catching contrast to the pale, silver of the Bodhisattva’s skin. Legs gathered in a superfine padmasana. A composure of countenance so sublime, it is indicative of the deepest recesses of contemplation. From the handsome features of that divine face, this sculpture is in keeping with the style of Nepalese inlay work found in Buddhist works of art.