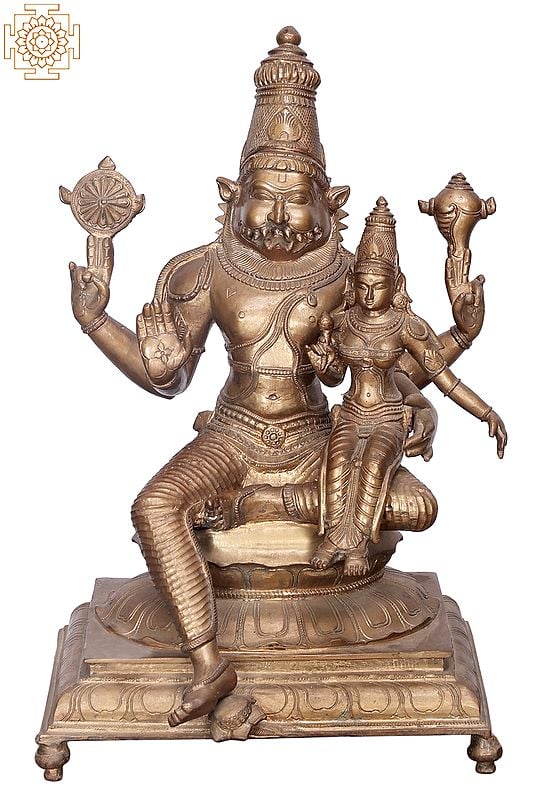 The fourth Avatar (incarnation) of the supreme god Vishnu, Lord Narshimha is a widely worshipped and very prominent deity in the Vaishnavite tradition of Hinduism. Often depicted with the torso of a human and the face of a lion, he is a fierce god who is also known to be a great protector of his devotees. In Sanskrit, the word 'nar' means human and 'simha' means lion signifying lord Narshimha as half human - half lion.

As per the legends, Lord Narshimha appeared to protect the earth from the tyranny and atrocities of Asura (demon) Hiranyakashipu. He had gained a boon due to which he could neither be killed in the day, nor in the night, neither with hands, nor with weapons, neither by humans, nor by animals, neither in the ground and nor in the sky, and many other such conditions. Fulfilling all these conditions, the half-human half-animal god killed Hiranyakashipu at dusk on his lap using his nails. Thus, the lord protected his devotees and established the Dharma (the law of truth) again. The story signifies that even if evil tries its way to establish dominance, the forces of godliness prevail over all.

This beautiful bronze statue captures the fierce lord in his tranquil serenity. Made using the ancient Madhuchista Vidhana technique (lost wax), the great sculptors of Swamimalai have just invoked life in this vibrant statue. The lord is sitting on a slightly raised platform with her consort Devi Lakshmi on his left side. Both the lord and the Devi are draped in beautiful clothes and exotic pieces of jewellery adorning their body. The mukut(crown) of both the lord and Devi is a shining example of exquisite art. Lord Narshimha is holding the Shankh (Conch) and Chakra ( a weapon) in his upper hands, which are also the symbols of Vaishnavite tradition. While his lower left hand is adoring the Devi, the right hand is in the blessing gesture. His face is calm and emanating grace and solitude.

Contrary to his fiery nature, this statue gives expression to the inner glory of the lord in his ever blessing beatitude. Seeing this statue will remind one of the protection the truth always receives from the almighty lord. 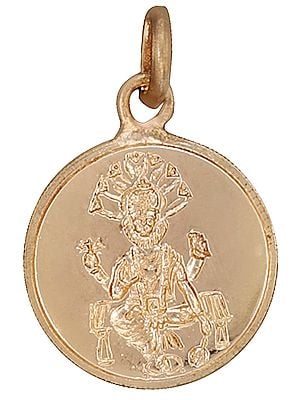 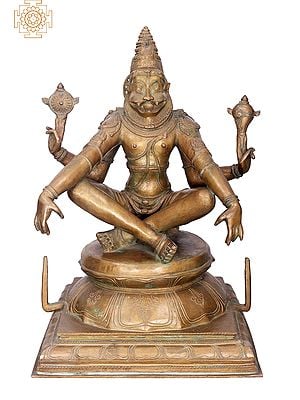 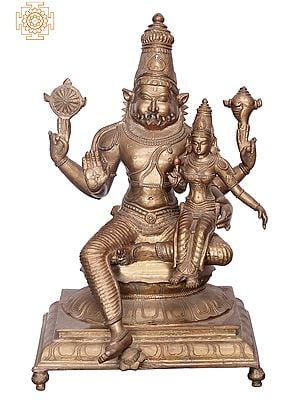 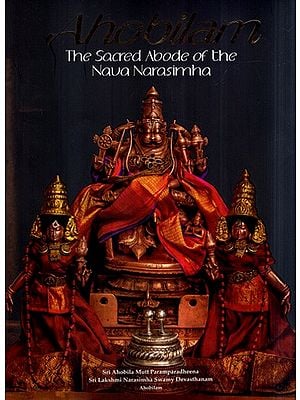 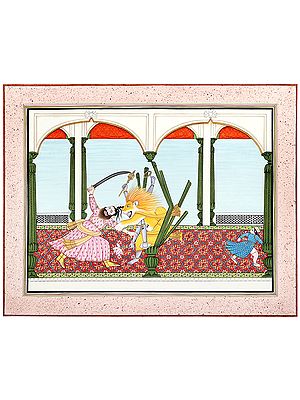 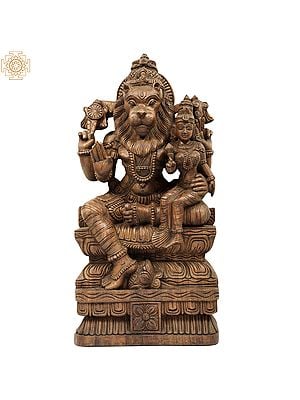 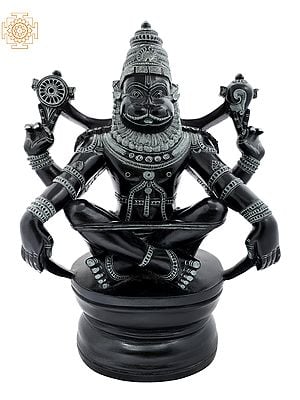 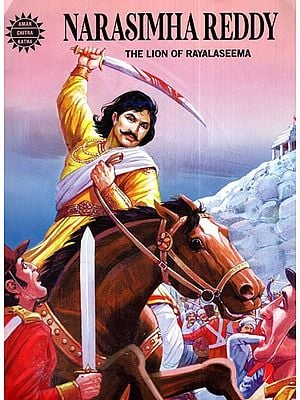 Narasimha Reddy (The Lion of Rayalaseema)
By Sanjana Kapur
$10 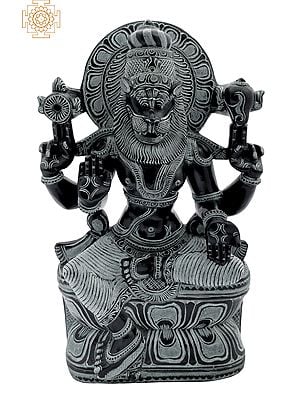