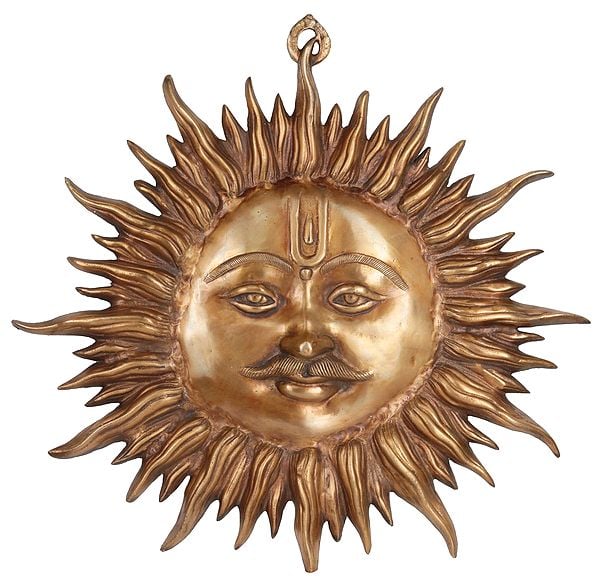 22" Wall-Hanging: Auspicious Motif of Sun In Brass | Handmade | Made In India

This brass-disc or circular plaque with anthropomorphic features cast along, and the rays of light radiating, is a traditional wall hanging. It represents a form of the Sun – the Vedas’ deity, astronomers’ planet, or the nature’s phenomenon that separates the day from the night, defines seasons and measures the pace and stretch of time.Anyone’s birth sign as a planet the Sun stands for rare glory, vigour and valiant life-track.

Harbinger of light, and hence the promoter of life, prosperity and knowledge all outcome of light, a representation of the Sun is for Indian masses the highest symbol of auspices, and hence defines the face or the entrance of the most of the houses in rural or even urban India, and has been for ages a part of royal insignias of many erstwhile states and ruling dynasties. One of the main Rajput clans – Suryavanshi as it is called, Lord Rama’s Ikshvasu being one, is acclaimed to be the Sun’s offshoot

A most popular motif of Indian architecture, chiseled on stone plaques or rendered on ceramic tiles, the Sun and Moon often adorn the spandrels of the portals of old palaces, havelis – mansions. Similarly, the humble versions of these motifs – mud-cast reliefs, and mud and red ochre painted drawings, still adorn the walls – mud-plastered or any, of  millions of habitats – a house of moderate level or a hut.  Not an expensive metal-cast, an ordinary terracotta plaque might be often seen as hung over the façade of a house even today, and not a single folk Painting , Madhubani, Warli, or any, shall be found without the motifs or some forms of the Sun and the Moon defining its upper corners.

The symbols of the Sun and the Moon are the essence of auspicious frescos rendered on marriage-like occasions and Diwali-like festivals. Besides their symbolic motifs rendered around the entrance of the venue, on the main entrance or the facing wall, even the wedding Mandapa – pavilion where a traditional marriage is accomplished, is designed with some kind of the representations of the Sun and the Moon.

Endowed with gold-like lustre the brass piece with beautifully polished face consists broadly of three parts : a rounded centre, rays of light radiating from it and an ornate ring on the top for holding it on a nail. This ring determines its class as a wall hanging. The rounded centre has been conceived like a male face with well defined iconographic features, a pointed nose, small thoughtful eyes with thick arched eye-brows, elegantly trimmed moustaches, well fed cheeks, broad forehead and elegantly cast lips, the lower, a bit heavy. The rays of light, cast like flames of fire, are uneven and curved, along with the central disc revealing a sun-flower-like look. The forehead – broad and a bit inflated, has been adorned with a prominent Vaishnava tilak – ritual mark revealing the deity’s Vaishnava identity. This is obviously in context to the Vedic belief. On a number occasions the Rig-Veda substitutes the Sun with Vishnu and vice versa. Later, Puranas too classified the Sun as a god of Vaishnava pantheon. 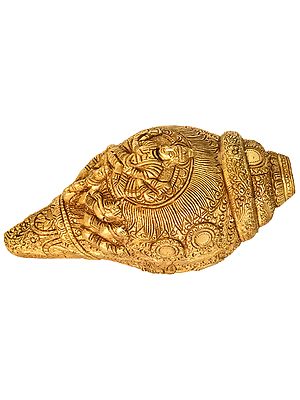 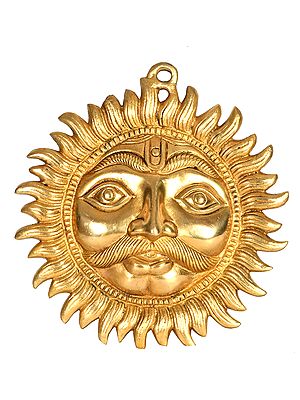 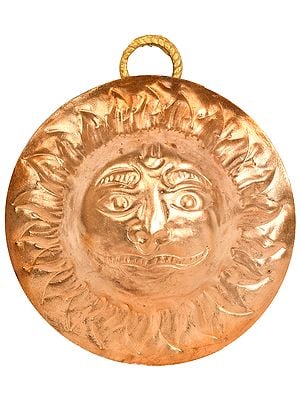 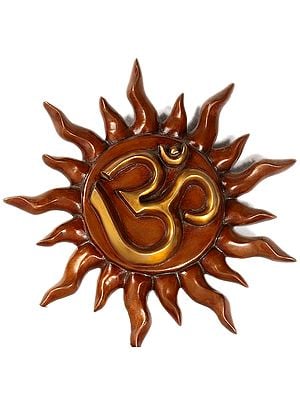 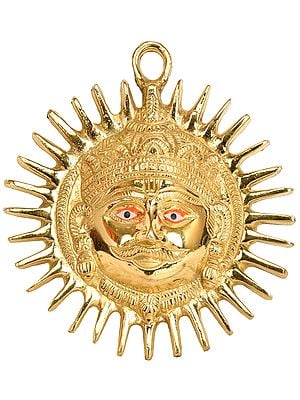 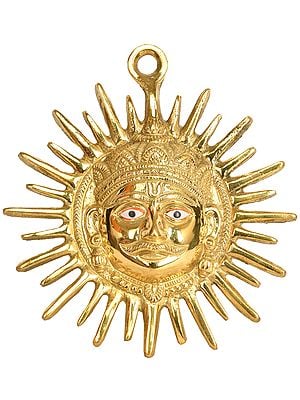 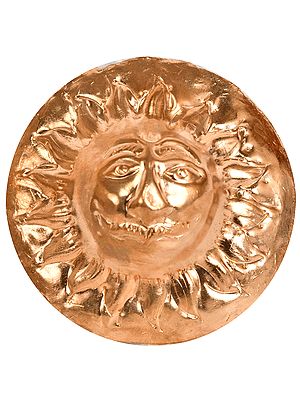 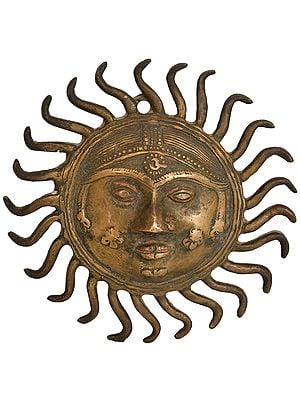 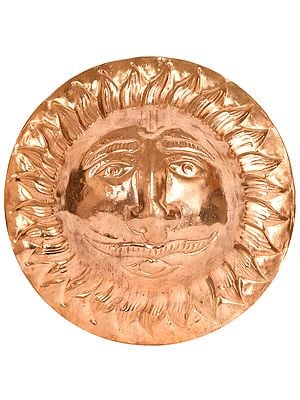 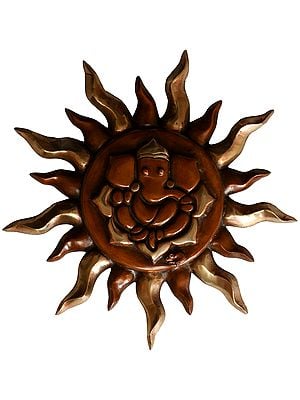 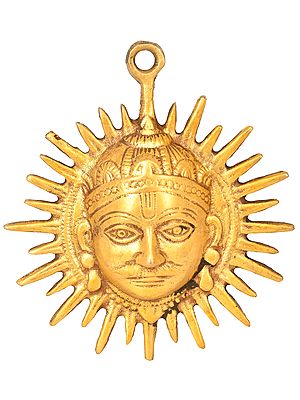 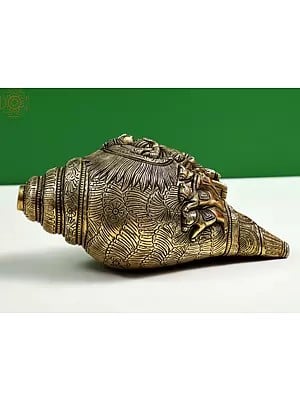 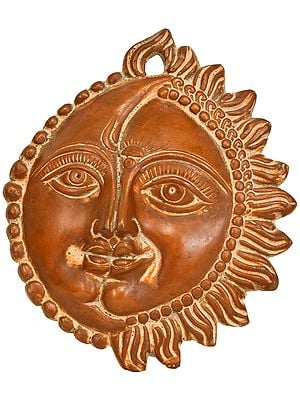 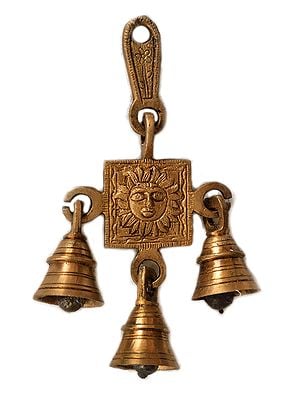