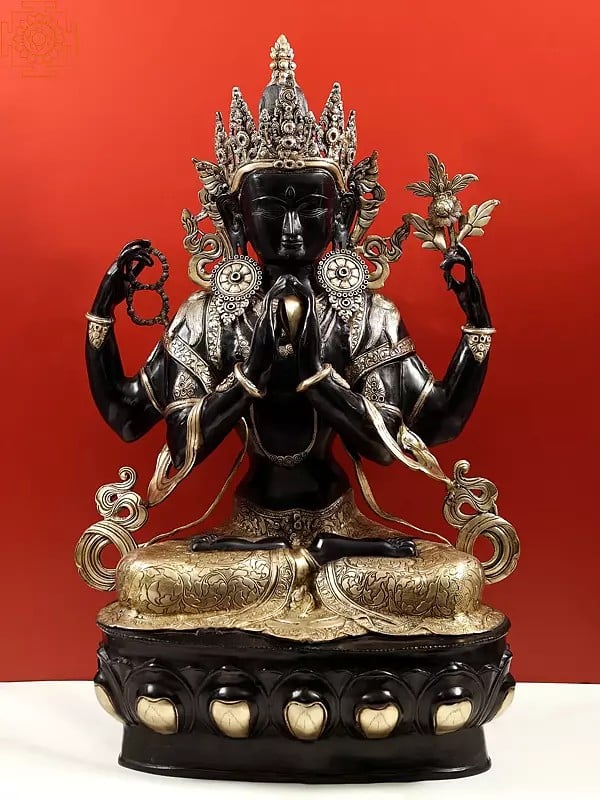 Shadakshari Lokeshvara, the supreme soul (‘ishvara’) of the realm of existence (‘loka’) wherein it thrives, a manifestation of the six (‘shad’) syllables (‘akshara’) of om-mani-padme-hm, is a form of the Bodhisattva Avalokiteshvara. He is mentioned in the sixth form of the Sadhanamala. The name Chenrezig has its origin in the Tibetan Buddhist tradition.

A solemn, bitone sculpture of the seated Shadakshari Lokeshvara. The complexion of His bare body is a deep black colour which, according to the Hathapradeepika of India, is the colour of sattvaguna. From His densely embroidered dhoti to the multitude of adornments on His body and the five-spired crown on His head, all of these are a flaxen gold colour.

Shadakshari Avalokiteshvara is seated on a gigantic lotus bloom of gold-coloured petals. He is the very picture of compassion and contemplation, as well as a fine example of a richly detailed aesthetic. Not only is this murti a work of fine devotional art, but it is a contemporary expression of India’s centuries-old sculptural tradition. 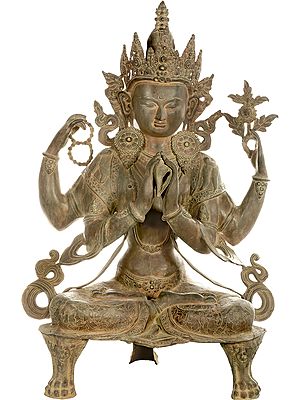 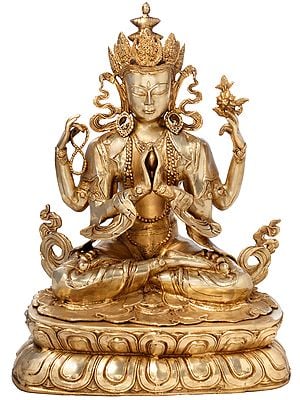 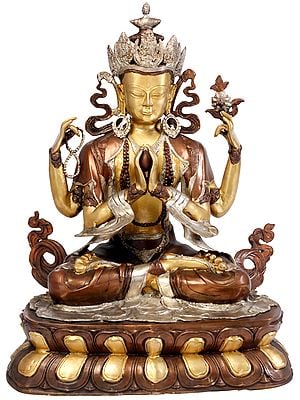 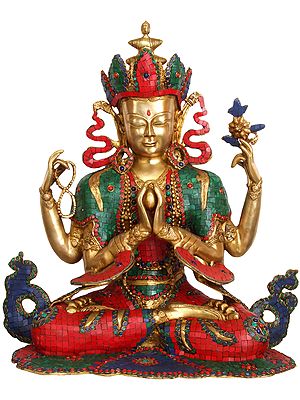 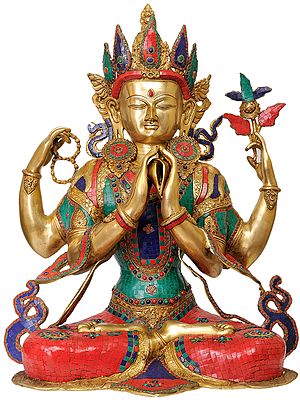 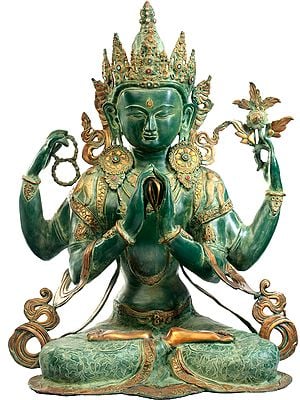 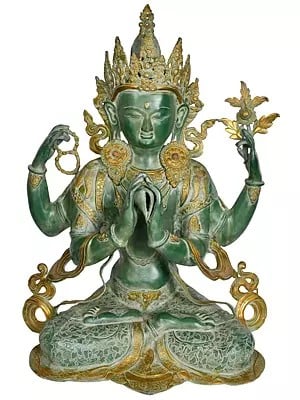 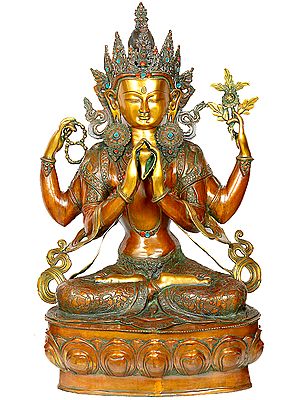 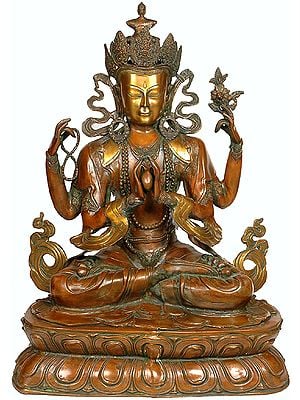 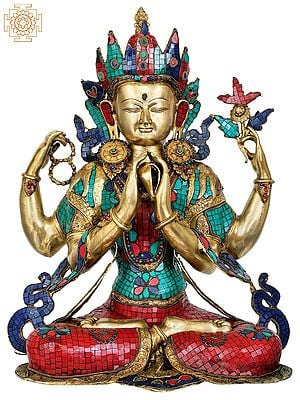