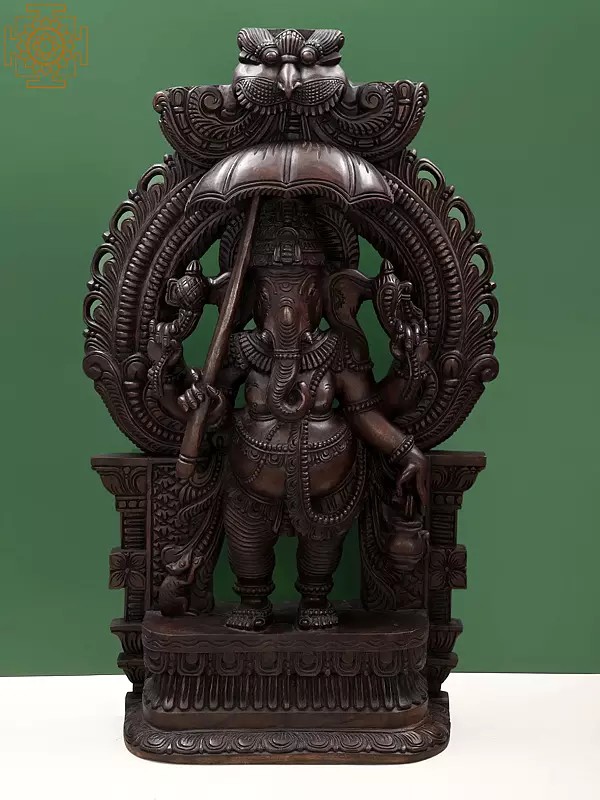 Beneath a Kirtimukham prabhavali (aureole), stands the gentle Lord Ganesha. The superb proportions of Kirtimukham contrasts sharply with the chubby child’s form of the standing Ganesha idol. So does the diametric variation in the expressions - the former is a paragon of all-consuming ferocity, while the latter is widely worshipped for its childlike gentleness.

The Lord Ganesha statue that you see on this page is sculpted from fine-quality wood found in South India. The deep brown monotone makes it fit to be housed in a solemn, traditional-style temple of the contemporary devotee. There are short pillars on either side of the standing figure which, together with the pillars, resemble the architecture of ancient Indian temples.

Note the body language of this standing Ganpati murti. He is chaturbhujadhari, with the anterior hands bearing a parasol and a kamandalu. These are indicative of an ascetic life, devoid of shelter and sustained by nothing but the kindness of strangers, respectively. As such, this Ganesha idol is heavily influenced by the divine personality of Lord Shiva, father of Ganesha. 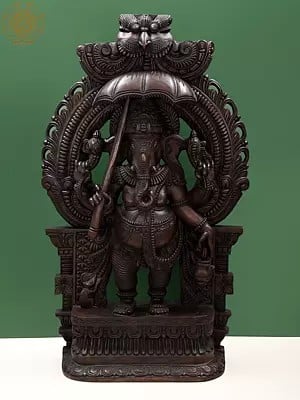