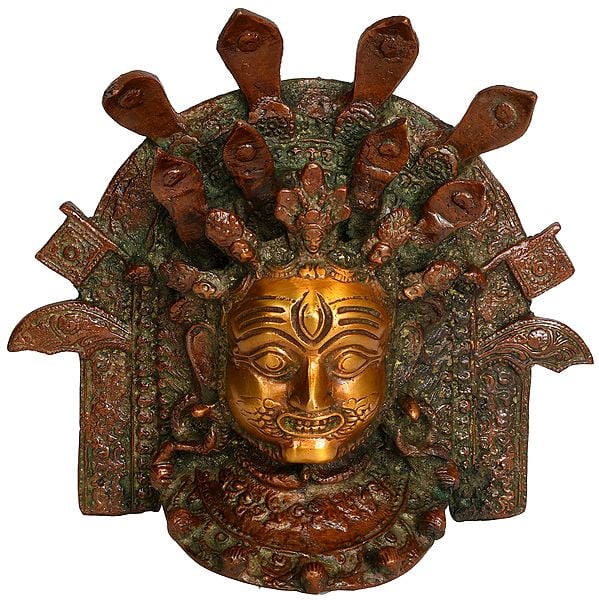 6" Lord Bhairava And A Multitude Of Snakes: Wall-Hanging Mask In Brass | Handmade | Made In India

There is something about Bhairava. Something that transcends space and time and the existential continuum as we know it. He is a singular manifestation of the wrathful aspect of Lord Shiva; Lord Bhairava is pure ferocity, with nothing else - not serenity, not stability, in fact none of the multitudinous sattvika attributes of Shiva - to redeem it. However, it is for redemption itself that Lord Bhairava emerges in the mortal psyche.

The sculpture that you see on this page stands testimony to the classical iconography of Lord Bhairva. An unforgiving brow, eyes laced with bloodlust that are ready to pop out of the bloodied sockets. A ferocious mouth with the teeth bared, a visual that is enough to send chills down the spine of the adharmee. A composure of countenance that promises to spare nothing that gets in the way of dharma. While such a Lord Bhairava mask is not for the faint-hearted, it would make a fine addition to the home of the truly devoted.

It is sculpted from pure brass and finished with a world of detail. For example, the snake-like kundalas in His ears and the five spires on His crown, each engraved with a miniscule Shivamukhamandala (the countenance of Shiva). This wall-hanging mask comes with an engraved aureole. From the curve along its upper edge emerges a multitude of snakes with their hoods raised, adding to the wrathful tone of the sculpture. 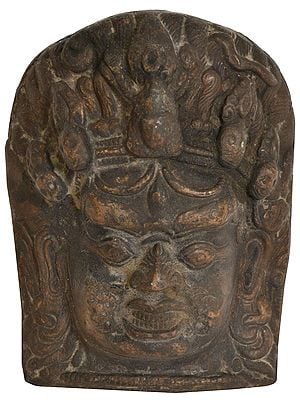 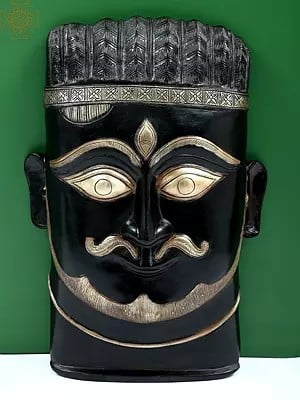 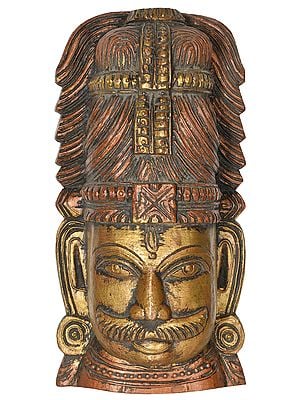