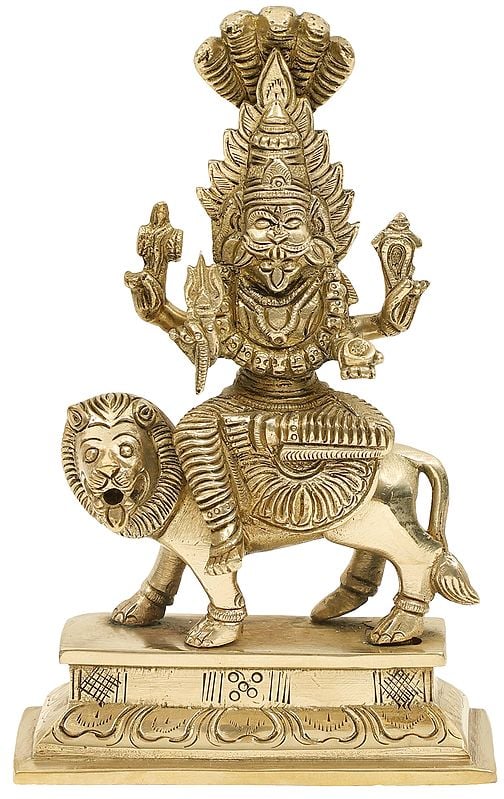 Goddess Pratyangira, also called Narasimhi, is a fierce aspected form of Durga. She has the body of a woman and the face of a lion. Various stories from the Puranas associate her with the Narasimha avatar of Lord Vishnu. In the traditions of Shakti, goddess Pratyangira is the Siddhilakshmi. In the traditions of Durga, she is the Purna Chandi, or the fiery destructive power of the Brahman. The Atharva Veda proclaims her as the Atharvana Bhadrakali, the goddess of magical spells. A famous story in Ramayana tells of Indrajit, son of Ravana and a legendary warrior, performing a ritual worship of goddess Pratyangira.

A ritual that if completed would have made him invincible. Hanuman himself had to interfere and disrupt Indrajit’s yajna to prevent this from happening. This beautiful brass depiction of the lion-headed goddess shows her riding a lion. A tall flaming crown adorns her head below the parasol of a five-headed snake’s hood.

She has four arms that hold a trident, a serpent-noose, a hand-drum, and a human skull. A garland of skulls adorn her neck. She is believed to be a powerful repellent of the malign influence of witchcraft. Because of her tantric associations, worship of Pratyangira, in full tantric tradition, is restricted and should be performed only under a Siddha guru proficient in Tantra. It is said that any act performed by invoking Pratyangira, especially the dark ones, like killing and subduing, are impossible to retract once initiated. Her worship is considered particularly effective for eliminating the influence of evil forces and is often performed during Amavasya, or the new moon night. 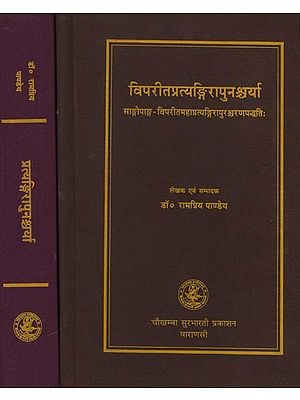 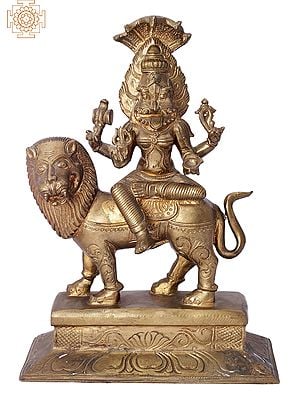 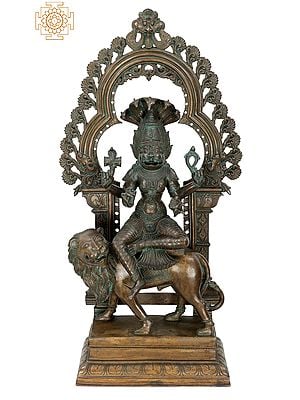 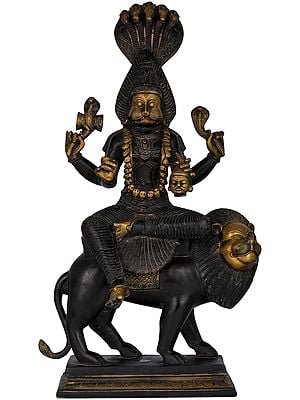 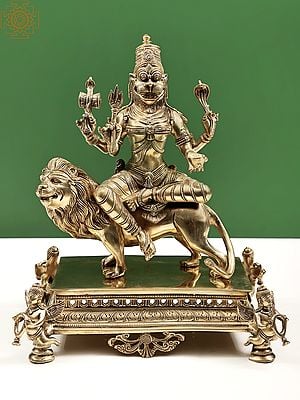 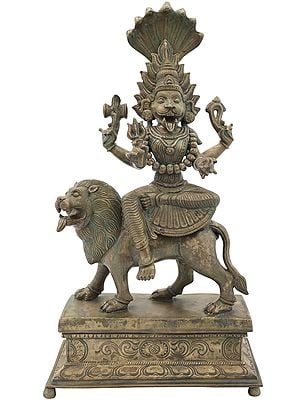 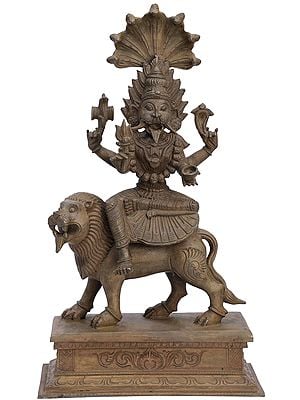 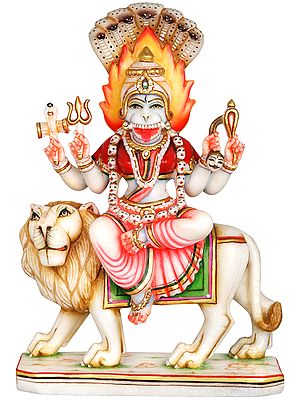 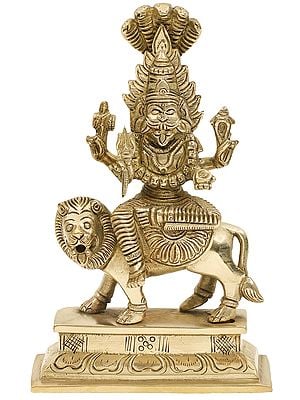 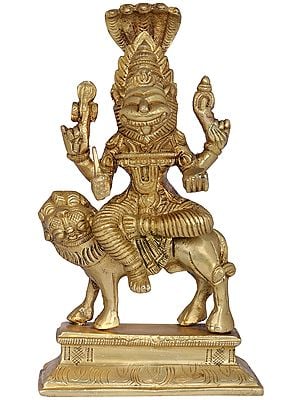