Ardhanarishvara is a composite androgynous form of Shiva and his consort Parvati combined into one form. This statuette shows the fusion of half-male and half-female bodies are depicted. The masculine form of Shiva is represented on the right half, while the female form of Parvati is depicted on the left. This unique brass figurine has a polished finish.

Aside from the composite components, the overall aesthetic is one of balance and beauty, which has nothing to do with the Purusha-Prakriti-sammelana notion. Ardhanarishvara symbolizes that the male and female principles are inseparable. Ardhanarishvara signifies “totality that lies beyond duality.” The amalgamated form conveys the unity of opposites in the universe. Across cultures, hermaphrodite figures like Ardhanarishvara have traditionally been associated with fertility and abundant growth. In this form, Shiva in his eternal embrace with Parvati represents the eternal reproductive power of nature, whom he regenerates after she loses her fertility.

Quantity
Ships in 1-3 days
Notify me when this item is available
Free Shipping. Delivered by

Ardhanarishvara the androgyne (Probing the Gender within)
By Dr. Alka Pande
$95
Out of Stock 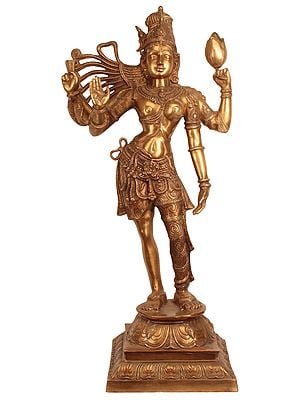 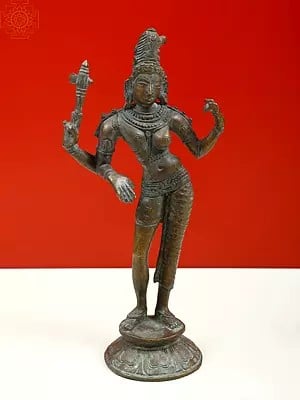 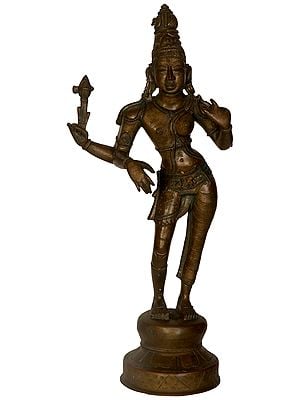 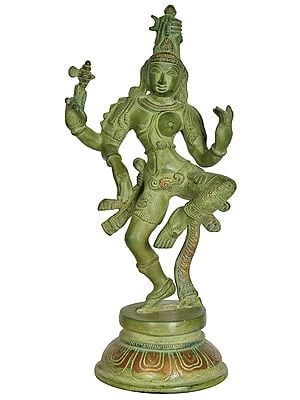 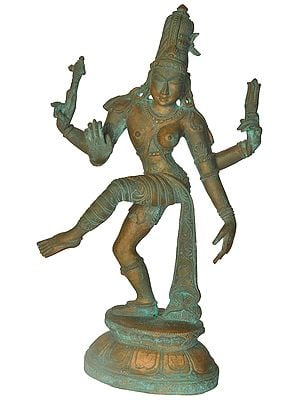 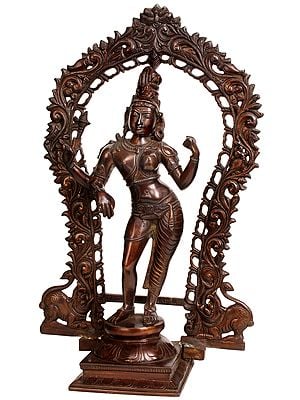 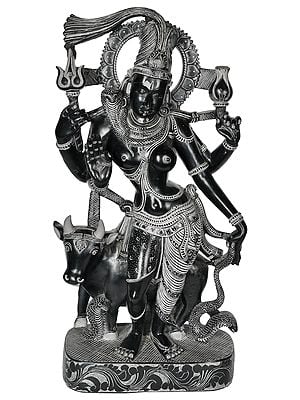 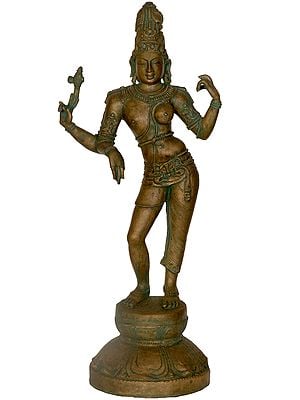 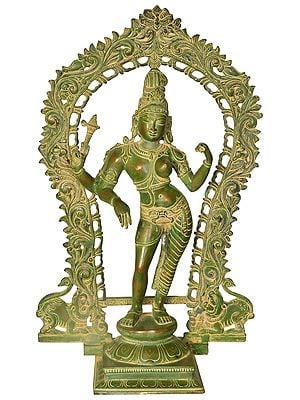 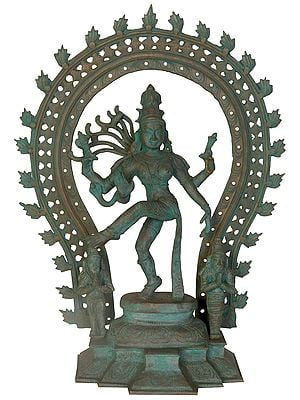 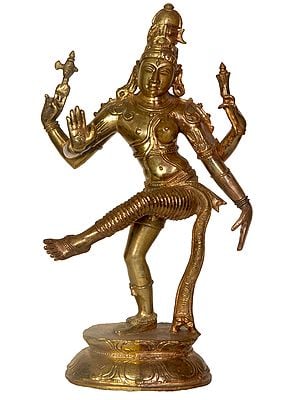 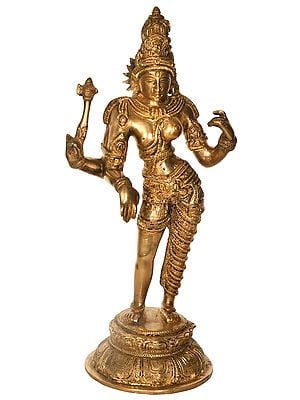 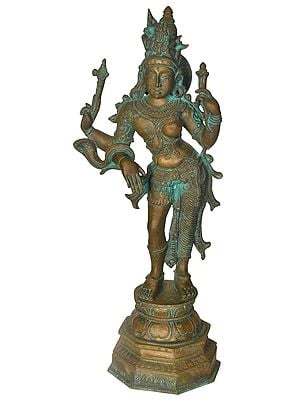 Ardhanarishvara the androgyne (Probing the Gender within)
By Dr. Alka Pande
$95
Out of Stock 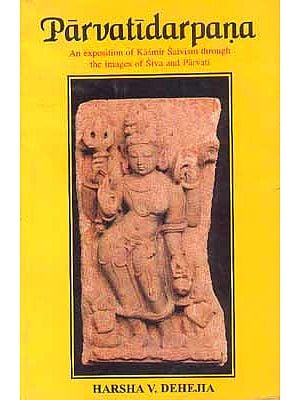 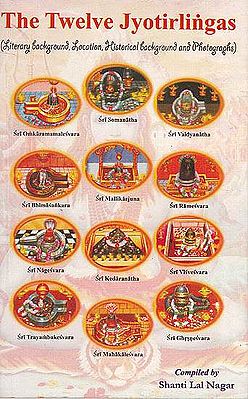