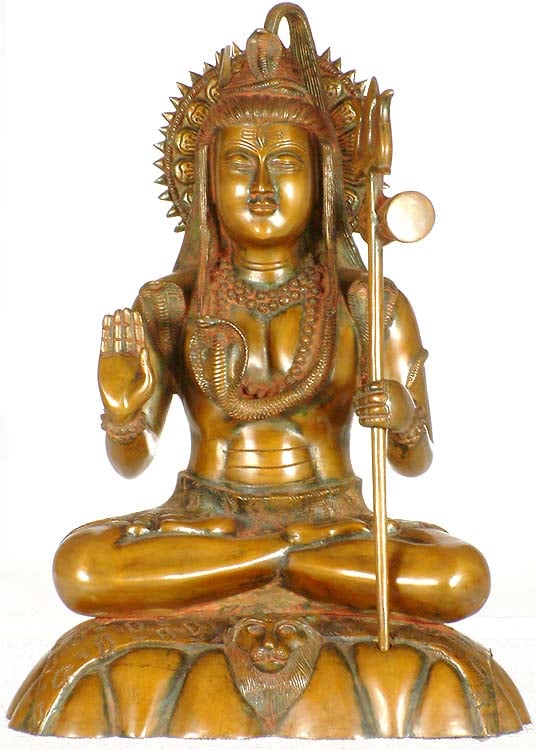 Shiva, the Mahayogi, is meditating on Mount Kailash in the Himalayas. He sits on a tiger skin, the symbolic meaning of which expresses desire and depicts Shiva having overpowered it. He is seated in the lotus posture, his body erect in concentration, one hand raised in a posture assuring protection to his devotees and the other holding the long stem of the trident, the three prongs representing the Sattva, Rajas & Tamas gunas. He is garlanded by snakes and sacred rudraksha beads. His matted locks are held in place by none other than a serpent with Ganga pouring from it. Shiva's eyes remain shut as he meditates and the upturned lips gives the image an expression of contented smile. In the middle of his forehead is the third eye with which he killed Kama.