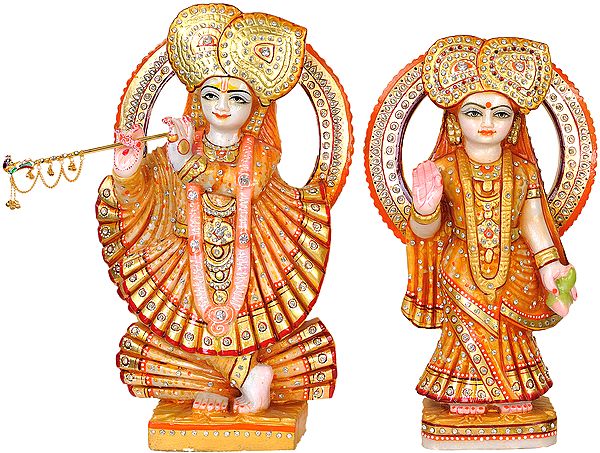 FREE Delivery
Only 1 available
$1046.25
$1395
(25% off)
Radha-Krishna is the most celebrated amorous couple in Indian culture. Having devoted Her all to the most handsome youth of Vrindavan, Radha has the privilege of being an integral part of His iconography to this day. This despite the fact that She could never have Him as Her lord and husband during their time together in ihloka (human realm of existence). The murti you see on this page comprises of the two of them on separate pedestals, with two separate aureoles. Krishna is in His unmistakable tribhanga murari (flutist with the body jutting laterally outwards at three places) form, while His Radha stands graceful and erect next to Him with a hand raised in blessing.

The two are in gorgeous saffron garb, the bejewelled silks of the same teamed with ample proportions of gold shringar. Both the saffron colour and gold are considered auspicious in Hindu culture, with each being the dominant colour at poojas and the preferred make of temple jewellery. The size of the statues is small but the precision of the finish is high (best appreciated by zooming in on different aspects of each figurine), which speaks volumes for the quality of the craftsmanship. Elaborate turbans sit on both their heads, in keeping with the appeal of the rest of their attire. Sculpted from the best of homegrown marble, the medium captures the divine beauty of Krishna's togetherness with His Radha. 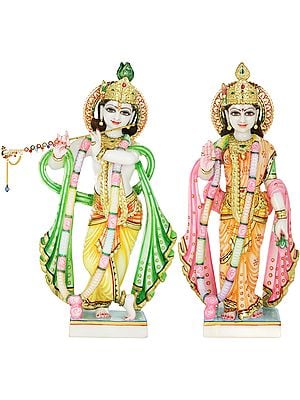 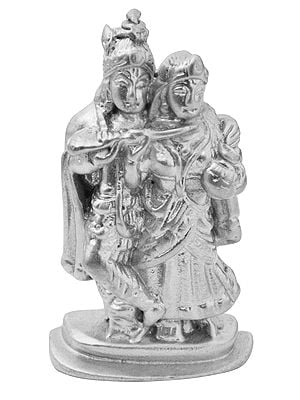 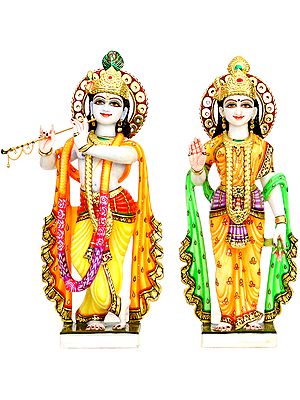 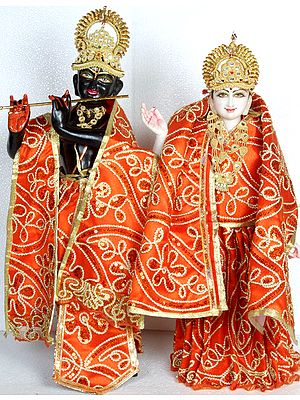