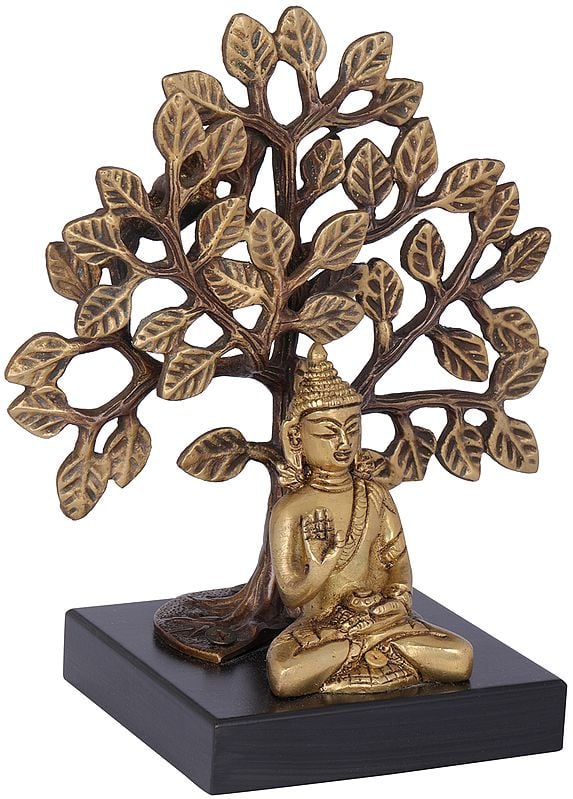 $95.00
A brass ensemble poised upon a simplistic wooden pedestal. Compact and just enough to be held in the palm of one’s hands; conveniently movable around the home or office space. The figure of the seated Buddha is something one cannot go wrong with - legs gathered in a padmasana, a hand raised in blessing while the other cradles an almsbowl in the lap. The robe draped over a single shoulder and the comfortingly familiar silhouette of the stately head.

The sculpture that you see on this page incorporates all of these elements, having been introduced into the composition with great detail despite the scale. For example, zoom in on the intricate curls of the Buddha’s stupa-like bun and kundalas that dangle from His lengthened karnas.

The Bodhi tree behind Him is the distinguishing aspect of this seated Buddha figurine. It towers above Him, having branched out in a way that forms a wide-set canopy. The same is defined by a multitude of large leaves with pronounced venation on each. While it may not have perfect symmetry, it infuses the composition with a sense of proportion and luxuriance. Like the earth of the central plains, the dark solid-coloured pedestal sets off the beauty and complexity of the work of art.