$225.00
Notify me when this item is available
Save to Wishlist Send as E-card Share by Email
The statue represents Lord Krishna as standing with a body posture having three curves, known in Vaishnava tradition as Tri-bhanga, one of the most popular forms of Krishna’s images. It gives to Krishna ‘Tri-bhangi Lal’ as one of his popular epithets. His ‘Tri-bhanga’ icons enshrine three of the four main Vaishnava shrines devoted to Krishna, namely, Vrindavana, Dwarika and Nathadwara. Jagannatha temple at Puri, the fourth, alone has a different deity form. Krishna’s temple at Vrindavana, where Krishna spent the early days of his life and the main ‘Pitha’ of Krishna’s Vaishnavism, not only enshrines a ‘Tri-bhanga’ image of Lord Krishna but is even named after such curved form of the image. The Vrindavana shrine is named as the Banke Bihari temple, ‘Banke’ meaning the ‘curved’, and ‘Bihari’, one who pervades, that is, Krishna pervades the temple, symbolic of the cosmos, by his ‘three curves’, suggesting perhaps that by each of his curves he pervaded each of the three worlds or cosmic regions. In his ‘Tri-bhangi’ form Krishna’s image bends actually at five places sometimes seen as pervading all five directions.

This statue, a brass-piece, shows Krishna as playing on his flute. This pure aesthetic visualization is aimed at revealing beauty and delighting thereby, but the mysticism that this flute-playing form of him generates is also quite significant. The flute, a material means, creates a ‘bhava’, an ecstatic sentiment which is all divine and abstract, and this ecstatic divinity leaves the flute player transformed, and again, this spiritual transformation reveals as rhythm manifesting in the body. ‘Material’ being the source of ‘spiritual’, and ‘spiritual’, manifesting in ‘material’, is the essence of Krishna’s Vaishnavism, which this divine image thrusts.

This sculpture was created in the city of Aligarh, in the central Indian state of Uttar Pradesh. 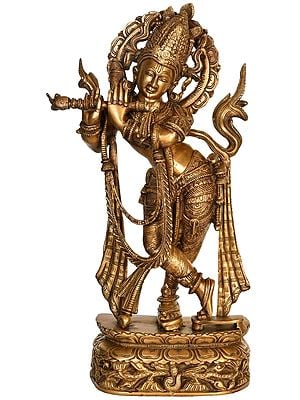 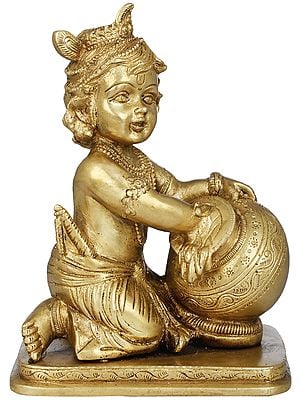 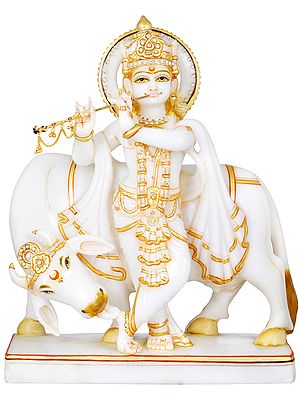 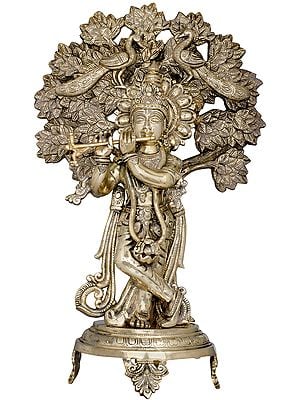 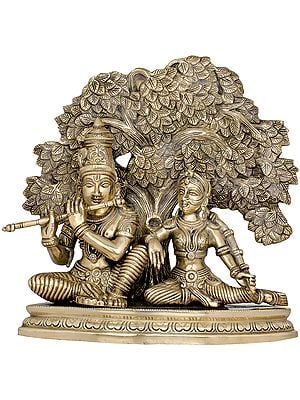 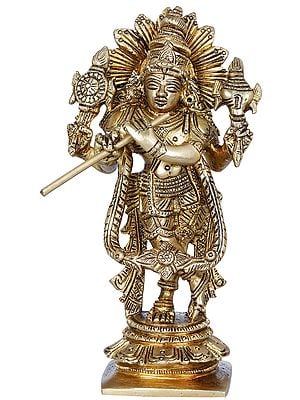 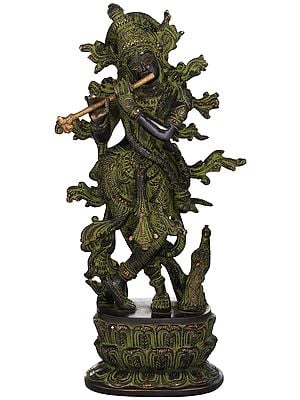 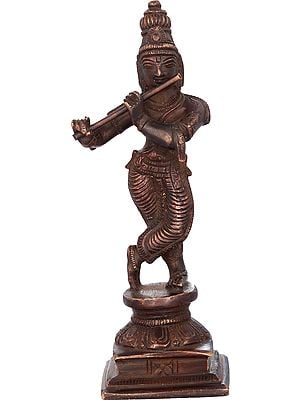 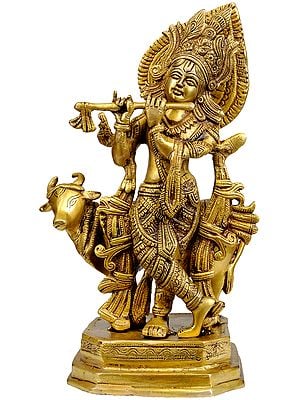 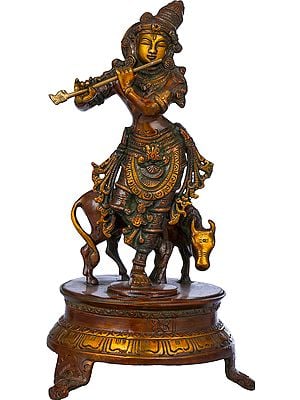 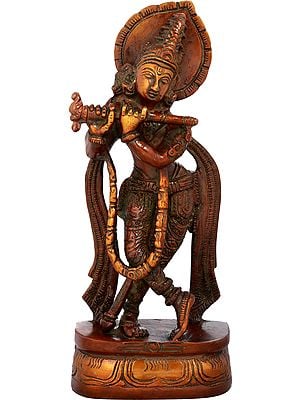 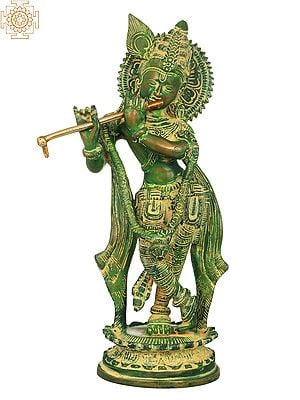 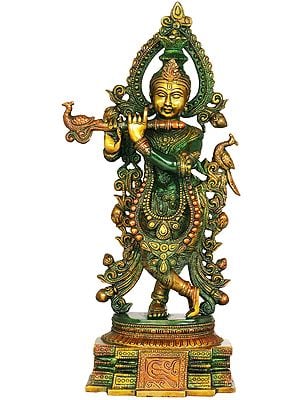 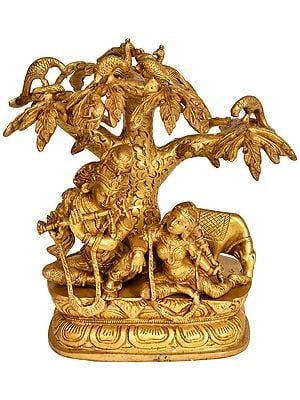