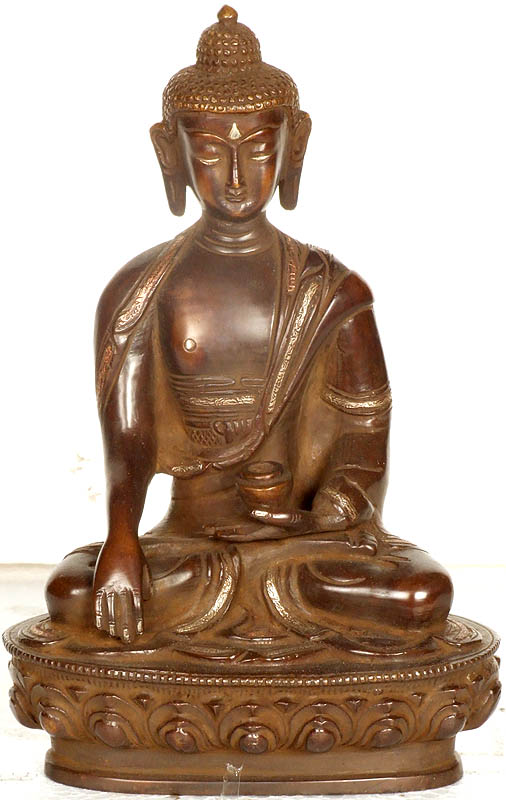 $148.50$198.00  [ 25% off ]
Notify me when this item is available
Save to Wishlist Send as E-card Share by Email
This brass sculpture, an outstanding example of master craftsmanship, represents Buddha in 'Bhumisparsha-mudra' or the Earth touching posture. In Buddhist tradition this posture has exceptional significance and represents one of the classical modes of his iconographic representations. This posture constitutes the exact central point to the episode of Buddha's attainment of enlightenment. Engaged in rigorous penance under the Pipal tree when Buddha was almost to attain Illumination, Evil, personified as Mara, was alarmed as feeding darkness and obstructing the process of enlightening was Mara's pronounced object. Armed with horror, fear, temptation, 'Kama' and beauty Mara attacked Buddha and tried on him all his weapons one after the other but all without effect. Confusion was the last to be tried and for confusing Buddha Mara shouted, 'Gautam, you are vanished'. Buddha calmly lowered his right arm and touching the Mother Earth with its middle finger called the universal mother to witness that he did not astray from his path. Not much after Buddha had defeated Mara there emerged divine light and Buddha was enlightened.

With sensitive delicate modeling and subtle serene expression on the face, this Buddha statue manages to successfully bring to the fore inner spiritual qualities, the paramount purpose of Buddhist aesthetics. Buddha befittingly wears a monk’s flowing robe, covering both shoulders. The inlay of copper and silver strips at the strategic spots considerably enhance the expressiveness of the sculpture. 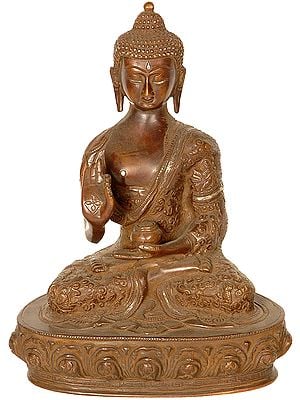 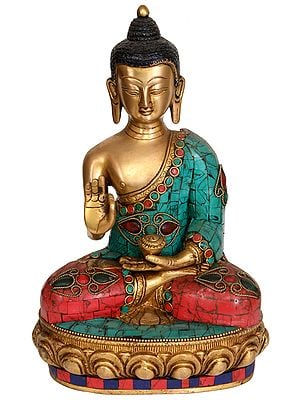