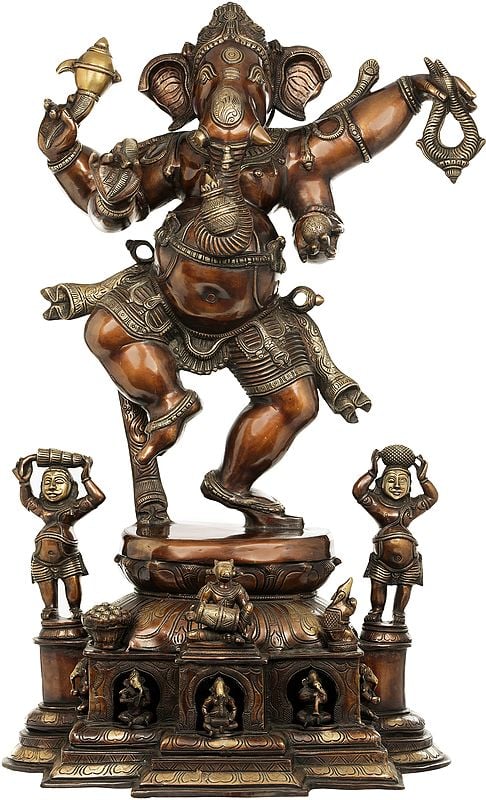 Ganesha, The Pot-bellied Deity That Dances

FREE Delivery
$2621.25  $3495   (25% off)
Dynamicism in the art of the sculptor is a highly sought-after feature. This lifelike portrayal of our beloved Ganesha is fine example of the same, with the stance of being in the middle of a divine dance routine and the finish emulating superbly the deity's glowing skin. His head is dressed in adornments that are usually put on elephants during festivals in Southern India. His thick trunk is bears a Shaivite tilak, indicating His parentage (Ganesha is the son of Shiva), and a couple of other tattoos as well as a small tinkling bell at the base. The striated end of the same curves around a pot of nectar. Note how the large mischievous eyes complement the delicate winnow shape of His ears. While a snake holds His pot belly together - it would otherwise burst from all the gorging He is famous for - the ample pleats of His richly embellished dhoti gather beneath the same. His shringar befits that of the heavenly beings.

In the posterior hands He holds a goad and a noose with which to trap the adharmee and restrain them back to the path of dharma. In one of His anterior hands He holds a piece of His broken tusk, while in the other is a large modak laddoo. This sweetmeat is His absolute favourite, numerous more of which could be found overflowing from a pot placed at the pedestal. What sets this murti apart from your run-of-the-mill Ganesha murtis is the superbly detailed pedestal. It is multi-layered. The lotus-engraved steps lead up the first layer that houses five miniature Ganeshas, each playing on a different musical instrument. Atop them sits Nandi at the foot of the inverted lotus, beating the dhol on His own miniature pedestal. On the same level is Ganesha's vahan, the rat, holding up to His lord and master a modak laddoo. Flanked by two dasas, one bearing a pineapple and the other a comb of bananas on the head, this dancing Ganesha is a chala (Sanskrit for mobile) murti - note the decorative loops on either side of His waist, which have been designed for the deity to be held in place in a motioning chariot. 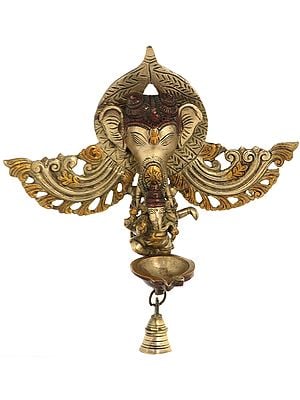 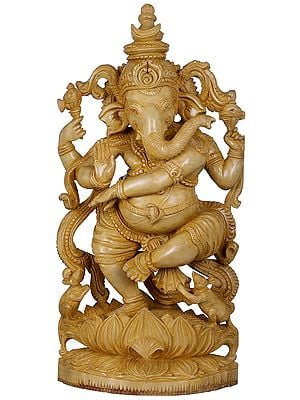 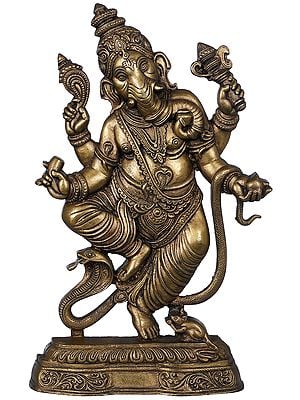 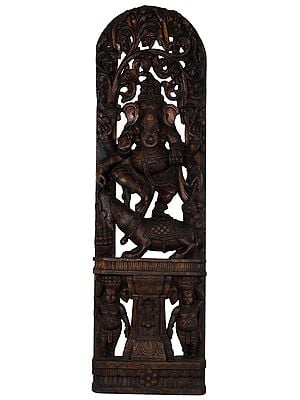 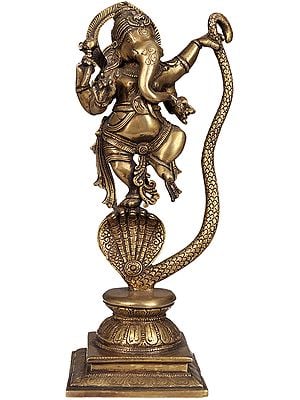 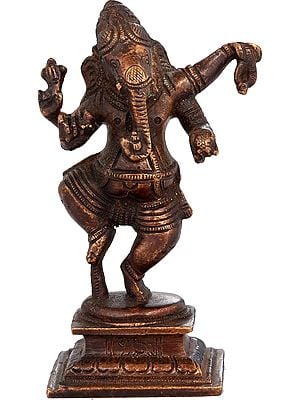 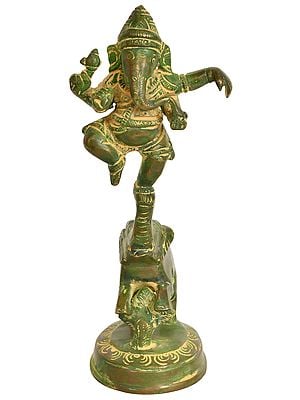 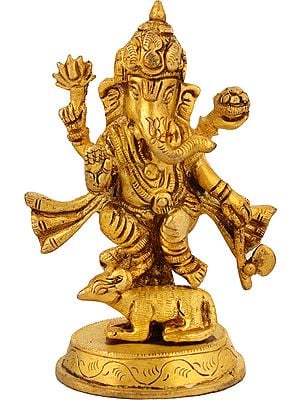 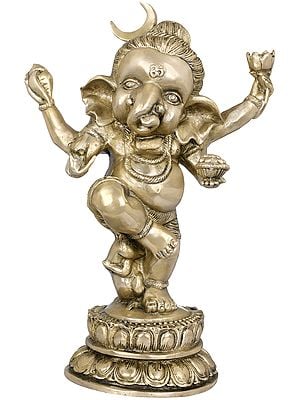 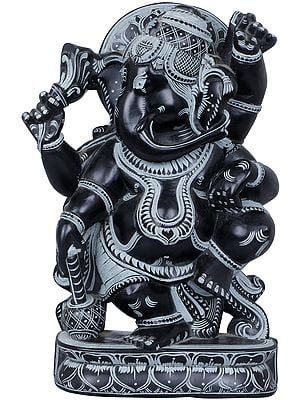 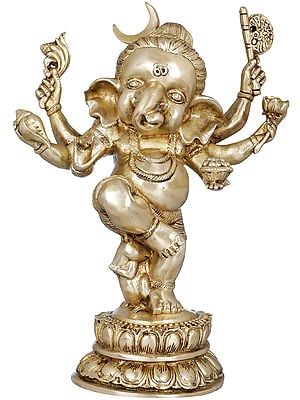 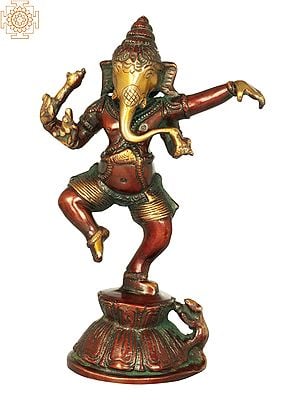 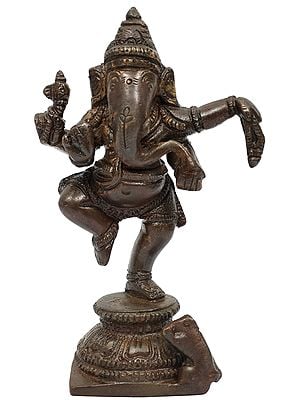 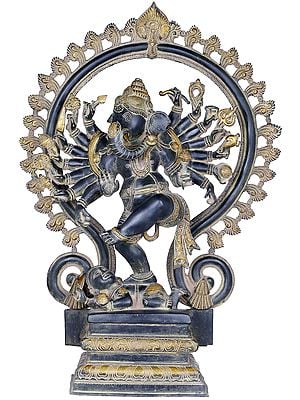