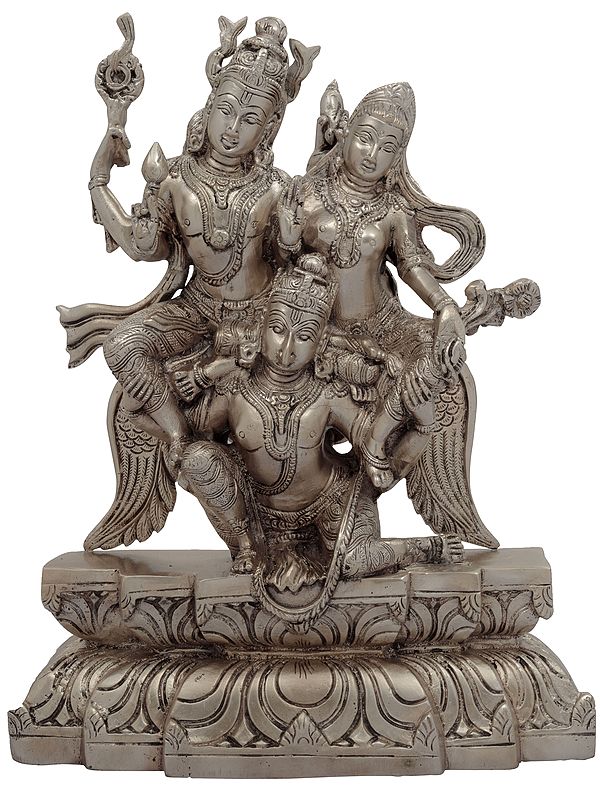 FREE Delivery
$269
This image represents the four-armed Vishnu riding on Garuda, accompanied by His wife Goddess Lakshmi. Garuda is seated on a lotus pedestal and supports both the deities on his shoulders. Vishnu carries the lotus, chakra and conch. Garuda’s posture, with one knee bent behind him, and one in front supporting Bhagawan Vishnu’s leg is meant to suggest flight. This is further emphasized by the angularity of the three figures.