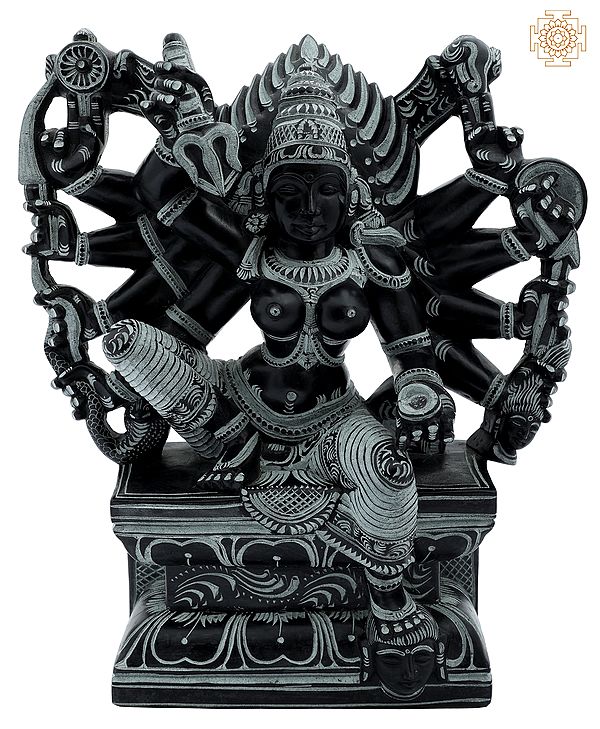 Goddess Durga is worshipped as a principal aspect of the mother goddess Devi and is one of the most popular and widely revered deities among the rich pantheon of Indian divinities. She is associated with protection, strength, motherhood, destruction, and wars. The word Durga literally means "impassable", "invincible”, “unassailable". It is related to the word Durg which means "fortress or something difficult to defeat or pass". The word Durga and related terms appear in the Vedic literature, such as in the Rigveda and Atharvaveda.