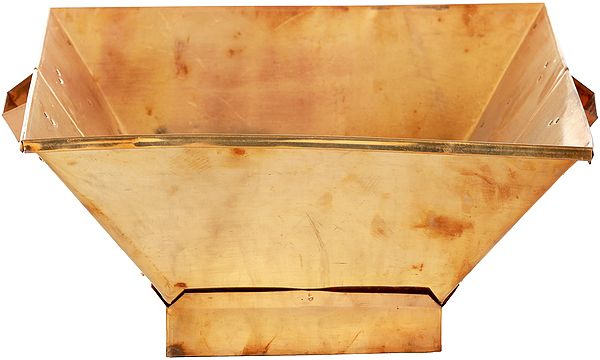 $299.00
A havana is a peculiarity of Indian culture. A ritual whose origins lie in the Vedic age, havanas have been expounded in great detail in the Brhadaranyakopanishad, the largest of the thirteen principal Upanishads. Fire is an integral aspect of the same, wherein oblations are made and libations are poured. The kunda that you see on this page forms the seat of that raging fire, that all-consuming element wherein one immolates one’s ignorance, ego, attachments, aversions, and basic instinct.